Cut To The Quick - Friday 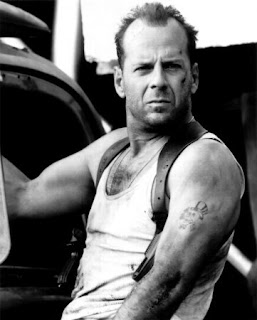 I stomp to the back of the office and check the diary for the tenth time today. I see the gap I’ve been mentally allocating to the task, and then with the fastidiousness of a pedant calculate how long I’ll need for the deed. I factor in possible delays and the projected time-span before I’ll need to repeat the process ahead of any holidays, or meetings - and make my decision.

‘I’m off to get my hair cut.’
‘Tell them not to take to much off the top.’ Chuckles fat mortgage man M whose head is hirsute with follicles, growing as expansively as his belly.
‘Go for something different.’ Suggests lettings lush B with a disdainful look. I’m glad I’m not her type of man - I do the excessive drinking away from the office and the casual sex only when my wife is half asleep.

‘I think it looks nice as it is.’ Offers negotiator S to groans all round and a catcall from M.
‘There’s no pay rises this year.’ Laughs assistant manager T, teasing S as she blushes an attractive dewy pink.
‘Have a number one all over.’ Says trainee F. ‘Like Ross Kemp.’

Ross Kemp? I think angrily, as I weave through the shoppers and head for the traditional barber, complete with red and white pole. I was thinking at least a Bruce Willis - someone with a bit of a sparkle in his eye and a sense of humour. A mature sex symbol that leads from the front, shoots from the hip and looks good in a vest. Okay, not the vest bit, I think on reflection - in the window of Boots the chemist.

I won’t have anything too radical. Years of selling leave you conservative in dress sense. I’ve spurned early eighties desires for just one earring. Shied away from excessively narrow and excessively wide ties and most definitely avoided showy shoes and visible tattoos. I can’t do anything about the lines etched by stress and the thinning grey bleached by the public, but you can play the neutral appearance card.

‘Blimey,’ jokes the barber as he sees me enter. ‘You lot hunting in packs now?’ He has an impressive memory for faces and names, something he’s cultivated to enhance his business but I have asked him not to out me in public. As I look along the bench of waiting punters and work out how I can avoid the trainee cutter who never gets the back bit right, I realise what the scissor-wielder is referring to. Sat smugly by the water cooler is a rival agent.

With an internal groan I force an old guy to shove up and grab the redtop tabloid I’m not allowed to read at home. I’m hoping the moment will pass. I dislike my rival more than most other agents. He’s younger- something the mirror will shortly illuminate with disconcerting detail - and always undercuts me on fee. I’d have thought he’s be in one of the showier dual-gender salons in town, where you get a hot drink and a hot girl brushing you shoulder with her tits, for the price mark-up.

‘How’s the market gents?’ Asks the barber as he razors his clients neck menacingly. The room falls silent as every waiting punter drops their paper, in a swishing domino effect. ‘They’re estate agents.’ Confirms the traitorous snipper forgetting what I told him last time. The theatrical groans quickly fade and I’m left with the clack of blades, the soft hum of clippers and an expectant pause. They all hate us but they all want to know.

‘Well we’re having it away.’ Crows my rival. He’s clearly lying, no agent ever tells the truth when a competitor is there. ‘Can’t get enough to sell.’ He continues to murmurs of disapproval from those struggling to save a deposit, and lustful bank-balance calculations for those already on the ladder.

‘Sorry.’ Whispers the barber when I make the seat. ‘Forgot you like to stay incognito. It’s just they all love to talk property.’ I mutter a platitude, thinking it can’t get any worse until he asks. ‘Would you like your eyebrows done?’

It’s the beginning of the end.

One day, no one will love to talk about property.

That will be when you know we are cured.

(P.S. I'm expecting a lot of chains to fail as buyers get nervous one headlines re 'FINANCIAL CRISIS' again, never mind)

Will be keeping a closer eye on your blog as the next few weeks unfold, perhaps people might even get real. Realistic asking prices, sensible lending, and honest EAs......maybe, lol.

I am sure that there is going to be much trouble ahead, you may even be seeing it now, and not wanting to give the game away. What goes up and all that!

Well, I would view getting property advice from a hairdresser a bit like the preverbial 'shoeshine boy' giving stock advice!