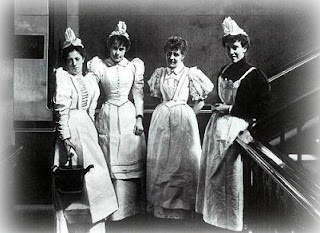 First in to the office, I silence the alarm, turn on the main lights then fire up my screen. The silence, once the alarm has finished chiming is all encompassing. The calm before the phones jangle, chains start to break, buyers and sellers change their minds and the bean counter boss calls to grumble about the figures.

After checking the diary and moaning out loud like some pissy pensioner complaining that the country has changed, I move towards the kitchen. The sink is awash with a scummy brown pool of unwashed mugs in a grubby bowl. Since the bean counter axed our old, reliable cleaning lady, because she didn’t have a VAT number and professional indemnity, we have relied on the cheapest contract-cleaning firm he could source. False economy.

‘I mean look at this mess.’ I grizzle to the ceiling, noticing one of the tubes is out and another flickering on and off ominously. ‘I thought I’d done with training kids how to behave.’ My angry words echo back at me and I make another mental note to try and stop talking out loud, as I sluice the grimy water away and fill the kettle.

Of course the old duck who used to come in every night, clean fastidiously and even change the - now banned by health and safety zealots - tea towels, was far better than the harassed expired-visa-dodgers who come very other day with an impossible schedule to adhere to. If we’re lucky the bins are emptied, desks given a cursory flick and the fake laminate floor, out front, washed once a week. The cups and mugs sport the sport the sort of ingrained stains you see on porcelain bog pans that haven’t seen bleach for a couple of decades.

Then I spot the warning light flickering on the colour printer and the out loud stuff returns, with a choice expletive that is still ringing round the office gutturally when the front door opens.

‘Morning boss.’ Offers imbecilic trainee F as he stumbles in dishevelled and surprisingly first.
‘How long has this service light been on?’ I growl ungraciously as the kettle rumbles to a boil behind me. I might as well be asking if he can explain that particle accelerator in Switzerland. True to form he peers at the machine as if for the first time, then shrugs. And now my particles are accelerating and in danger of colliding explosively.

‘Surely someone has noticed we need an engineer?’ I ask, in what turns out to be a rhetorical question. Ten minutes and several denials later I’m holding for the remote call centre, blood boiling - tea cooling.

We need the printer. Despite the fact we can now e-mail property particulars and spend less on franking machine bills, the public still come in to the office and like to see physical details, something more tangible than an electronic alert. I’m guessing the backup of photocopies in each property file is down to a few sheets at best, as one of the bean counter’s economy drives was to hold fewer sets in stock as you can run extra copies any time. False economy.

As I listen to Vivaldi’s Four Seasons - a piece I used to like - I start opening post, handset in the crick of my neck, headache building. If my call is so f***ing important to you, I rage internally, pick up the line, just pick it up!

‘Do we have any toner?’ Asks lettings lush B, to groans all round. ‘What?’ She parries. ‘The printer isn’t working.’ Negotiator S has a word in sotto voice and B shoots me a derisory look, just as I spot the contract-cleaners’ bill and realise for the umpteenth time the old woman with a duster and some pride in the job, was much better value.

The heavily accented man only serves to annoy me when he starts reciting a clumsy script, which includes asking how my day is going? Not sure if you can recognise sarcasm in a second language. Twenty-four hours for an engineer to show up is laughable – unless they really are coming from Mumbai.

Then the bean counter rings. My day was downhill from there.