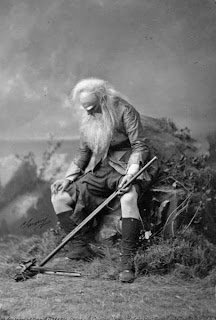 On the way back from an abortive appointment I take a spin round the office patch. A good agent likes to know what’s happening in his area. Other agents’ boards, planning applications, new build starts, who is getting the repossessions, etc. Knowledge is power – something I wish I’d realised at school.

I drive up a familiar road and curse as I see a removal van on a home I didn’t even know was on the market. It might be a rental changeover but I doubt it, certainly B our drunken tart of a lettings lady wouldn’t be able to enlighten me. Not unless the outgoing tenant is a pub landlord who isn’t too fussy on whom he serves - or services.

Then I spot a for sale board on a familiar property.
‘Tosser.’ I tell nobody in particular as I slow outside the house, although having forgotten the car window is down the scruffy bloke walking his dog gives me a filthy look. I nod in his direction, he scowls and the Alsatian growls, both possibly recognising an estate agent?

‘They just don’t listen.’ I tell the sun visor, once the walker has moved on. The house with a rival’s board - not a particularly good rival as it happens, but that’s a given – is plainly vacant again, curtains pulled back, lounge visibly empty. I valued it nearly two years ago, third agent in.

I remember the conversation well, the rejections always featuring more vividly in my memory than the triumphs. The owners had been on the market at the wrong price with the wrong agent for some time. I dispensed some fairly clinical price advice that they refused to swallow and they decided to rent instead. Not with B though. The only clinical contact she might have given the husband, would probably involve penicillin and some awkward explanations to the wife.

Every six months since, tenants have moved out having discovered how noisy the road is – something I factored in to my valuation and some other agents clearly didn’t – and the house comes back on to the market, still at the wrong price, still with the wrong agent. After a while more tenants are found and the cycle begins again as the owners who won’t accept reality perpetually chase the market down, just enough out of synch to secure a sale. I’ve little sympathy.

‘See that twat is back on the market in London road.’ Announces assistant manager T as I return to the office and notice no phone lines are lit. I’m not surprised BT are not engaged but I am rather taken aback that T has actually noticed something other than fashion and females.
‘I spotted it.’ I tell him flatly. ‘They just don’t seem to want to get real.’
‘Some people are in denial.’ Says T, just as fat mortgage man M waddles through the door clutching a bakers bag, tenderly. T and I just look at each other conspiratorially.

‘What?’ Quizzes M defensively. Pastry goods pulled even closer to his man boobs.
‘Nothing.’ I answer swiftly. There must be some sort of bloater discrimination legislation in the pipeline to swallow. I just haven’t read the memo yet.
‘We were just talking about that house on London road.’ Says T helpfully. ‘Back on the market, still at the wrong price.’
‘Some people just can’t see the blindingly obvious.’ Scoffs M before swaying to the kitchen.
‘You should ring the owner.’ Continues T. ‘See if they’ll use us this time.’
It’s what I should be saying to him and now I’m on the spot. If you don’t lead by example, don’t do what you say, you end up looking a shallow twat like my bean counter boss – only without the mathematical ability and expense account.

‘Yes I remember you.’ Confirms the owner when I ring and do the intro. I give him a bit of spiel about the market and realistically priced homes still selling, as they always do.
‘I’ll stop you there.’ Interjects the idiot. ‘There’s no way I’m giving it away, no matter how many trashy tenants damage the décor.’ He pauses then adds. ‘And your fees are way too high.’

I see this all too often, some have even broken the 30% barrier in this area (not many to be fair but even so). Makes it a long haul as a perspective buyer..sitting...renting...waiting for someone with a decent house to get real!

Agents have only got themselves to blame! c'est la vie etc

Agents haven't only got themselves to blame, anonymous. This is the point of the latest blog. Good, fair advice is almost always rejected where another agent values high & the seller gets greedy. I sold a property last year on the first viewing, not as an agent but as an owner. How? Priced realistically from day one & I rejected the over-valuation of the second agent. Simples - if you want it to be!!!! Nice posting, SA - I feel your pain!!!!

Anonymous - what area???
So many vested interests in hoping beyond hope that house prices will not fall in SE England. Two hopes: some hope and no hope!
Don't you just love that one 'I'm not giving it away'. As if the market cares what you want to do. Also, many bought before the bubble and are anchored to the 2007 level when there was easy money. The 40 year rise is over. Welocme to the multi decade fall, or should I call that Japan?

I meant generally, although there may be some relaistic agents, they may not always have been. In a wider context the deluded sellers are only deluded because of all the house price ramping from agents etc over the past 10 years. So that is why I think (mainly) they only have themselves to blame.

Well done for being relaitic yourself, as was I when I sold my last place. However it can be a bitter pill to swollow!

Looks like the sellers don't need the cash or they wouldn't stand the voids or churn, bit depressing though. If the house is being knocked about, and prices are falling they the owner's losing twice. Does your competitor get a finders fee in addition to the commission on rental do you think?