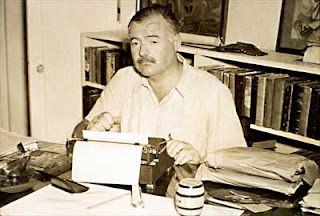 In to the office comes a barely pubescent boy. As I’m the only one around I prepare to tell him he’ll need a decade or two, a lot of saving and some dead grandparents before he can afford his first home. But I’m wrong – not about the sizeable deposit - he’s here to fix our computers.

After brief introductions and an uncharitable bristle when he calls me “mate” the techno geek sits at one of the terminals and begins practising a dark art you won’t find on my most visited Internet sites – assuming the router’s not down again.

‘What’s your office password?’ he asks breezily as a whole raft of screens I’ve never seen flash by. I’m not sure I’m supposed to divulge this to just any fresh-faced juvenile with a waist size slimmer than my collar, but I’m blinded by the technology and cough the information. Then he’s into a monochrome screen that reminds me of my Commodore 64 as he inputs his password with a rueful shrug, before admitting you’re not supposed to use your date of birth. I’m still numbed it was in the nineties, when he brings up a blur of coding information with more forward slashes than a pissed-up stag party.

‘How do you know all this stuff?’ I ask awestruck, as I see all the office screens light up, cursors moving independently like digital poltergeists.
‘It’s simple man.’ He tells me distractedly and I watch as he manoeuvres around our clunky in-house software with a hint of distain.

Technology and me have never been close bedfellows. I’ve tried to engage, but after early-adopter disasters with Betamax, British Satellite Broadcasting’s squarial and Hi-def DVD, I’ve withdrawn ungracefully. The passing of time is swift enough as you age but nothing illustrates your mortality more than a smart phone cleverer than you are, or realising the only tablet you want is paracetamol - lots of them.

I’m becoming like those wistful old vendors who mutter: “Don’t get old lad will you?” while reeking of Old Spice and last-minute codicils. I’ve made wrong choices too, but I don’t need to be reminded by some incontinent codger who probably had no truck with the internal combustion engine and put all his money on the horses.

‘Who’s the hot boy?’ Asks my negotiator S when she wafts back in from lunch and spots the spindly spunk-bubble bent over her keyboard. Now I’m really grouchy, I was hoping she’d go for the silver fox market ahead of the young buck brigade, but on reflection she probably thinks The Clash is a wardrobe mismatch, The Jam some heavy traffic and Stiff Little Fingers……

‘So how long have you worked here?’ Asks the lithe lad, shamelessly flirting with S as he fondles her mouse suggestively. I’d corrupt her drivers if I knew where they were, but females are still as much of a mystery to me as binary programming and that floor plan software. She’s clearly flattered by his attention and the way he handles her equipment, as I finally realise what women see in Bill Gates - other than a massive endowment.

‘Who’s the stick insect?’ Queries bloated mortgage man M when he waddles in the door and spots the engineer half under S’s desk. I tell him, trying to mask my jealousy as best I can. ‘A Microsoft monkey,’ he says scornfully. ‘You just need to switch it off and re-boot. If that doesn’t work junk it and buy new. It’s all disposable nowadays.’ And the fat financer shuffles towards the kitchen to finish off his half-eaten pie while I yearn for simpler times. When you weren’t available 24/7, a windows malfunction just needed a glazier and bad news came via the postman - not e-mail.

‘You not got one of those digital measures like the other lot?’ Questions my afternoon valuation later. Now, not only has he made me feel technologically inadequate again, but he’s revealed I’m competing with at least one other agent, one who probably thinks an acre is a bad hangover and a measuring stick something you have in a cocktail.

I really need to move on.

I've just discovered this blog, and I'll be back. So it's not all glamour at the EA office, then?

BTW, I used to run a team of those software guys. They're not all little tits.

Thanks Property Man. I'm sure computer guys are not all tits, I've just yet to meet any of them. But then I'm a bit grumpy when the software/hardware fails anyway.
S.A.
Actually a bit grumpy most of the time....

"I'm sure computer guys are not all tits, I've just yet to meet any of them"

Isn't that a bit pot-kettle-black?

Like most people probably haven't met a decent estate agent, and may never do so, lol -needle-haystack etc