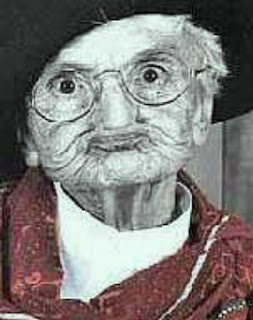 ‘Sheltered retirement flat to value.’ Announces assistant manager T as I hurry through the door. Now estate agents need homes to sell, it’s their very lifeblood. You can’t just ring up a supplier and order more stock, so we battle against every other practitioner in town to win instructions. Some major on experience and service, others company reputation and position in the high street, and some less professional operators deliberately inflate asking prices and chop fees.

But sheltered housing, since it appeared in the late eighties, has always been a niche market, often bucking what were established trends on square footage, location and most importantly price. Purchasers were paying cash, buying into a “lifestyle”- illusion or otherwise. The levelling hand of a lender’s surveyor didn’t impact on prices that had experienced agents gasping in disbelief and predicting nobody would pay that sort of money. We were wrong – at least until the re-sales.

‘Dead or alive?’ I ask T, all enthusiasm drained. If it’s a deceased estate I’ll be arguing with disappointed beneficiaries again. If the owner is still breathing my suggested price could just bring the relatives into play anyway.

‘Old girl, bought four months ago,’ relays T gloomily as he names the block. ‘Says she’s made a mistake.’ He gives a flat smile. ‘An expensive one I reckon.’ Then he brightens before saying. ‘I put you down for it. Five o’clock alright?’

Now my role as manager is to lead and lead by example. I certainly don’t want to spread despondency in the ranks - I have a blog for that. But with the developer still battling to shift brand new units a flat with coffee stains on the wall and piss stains on the carpet, isn’t going to be an easy sell. The fact the owner is still breathing only helps marginally when potential buyers enquire about the outgoing resident. Not that it’s difficult to imagine. Care home or funeral home are the usual options but nobody need reminding of their own mortality, particularly when you want them to write a big cheque.

The fact that every reasonably sized garden plot in Zimmer frame distant of the shops has been cleared, boarded and horded for redevelopment, is testament to a business model that’s working for someone. In our office we don’t discriminate, but an in-house catch all of: McPricey & Drops Like A Stone, covers all the major players, hopefully without risking litigation-hungry lawyers.

‘Can I help you?’ Asks a friendly voice as I clamber out of the car. Can’t be the resident manager, I think wryly, they hate agents with a passion but then I remember when they were called “Wardens” – with good reason. It’s the on-site show flat lady, typically, a glamorous fifty-something woman with a good legs and good haircut. Someone to convince the female purchaser they should still make an effort, and to encourage the few male buyers to spend before their pacemaker packs up.

The charm vanished faster than free bubbly on launch day, once the woman realised I was here to compete against her, not boost her commission payments. On the second floor - at least she didn’t buy ground - I pass the residents lounge. A small group of grey-haired women huddle round a card table encircling a solitary intimidated-looking old man. Sixty years ago he’d have relished this sort of female attention - now a creepy combo of cobwebs, lubes and vacuum pumps beckons.
‘I’m too young to be here duck.’ Proclaims the granny figure who bought in haste after her husband snuffed it. I stifle the unkind urge to ask when she last looked in a mirror. ‘They’re all so old and decrepit.’ She continues as her long-suffering son, looking about my age, sits on the one spare chair and shakes his head in resignation.

Here it comes, I think, after I’ve rationalised about competing against other similar re-sale units elsewhere in town and fighting the developer, still trying to shift over-priced product on site, with the advantage of holiday sweeteners and part-exchange deals. They both nod in agreement until the reveal.

‘Are you having a laugh?’ Snaps the son, as his mother shakes her saggy jowls defiantly.

Reaction: sharp observations as ever. Ascerbic and sad even.

A winning entry as always - "creepy combo" made me laugh out loud.

Please enlighten me - why is ground floor a no-no (assuming the development isn't slap on a crime-ridden street)?

Cartimandua51 Ground floor flats always have security issues no matter where. Consequently they are less sought after and harder to re-sell. Just economics.
S.A.
Thanks to Hotairmail and the ever reliable anonymous too...

Even as joint agents it took us two years to sell a 2 bed one of these (and it was marketed at less than one bed flats in the block). We try and avoid them now..

With regard to owners selling when the developer is still trying to shift the last new units... does this apply also to non-retirement estates?
I ask as a potential FTB; I have mixed feelings about newbuild but seen one I could be interested in (but not at 35% more than they actually sold for 2yrs ago!) which is the last of its type the developer is shifting, and note that now one owner is now trying to sell a same-type lived-in-for-two-years house. (Developer sold two houses at the inflated price early this year.) Do you reckon I have any chance of getting the new one at a significantly reduced price, or will they just hold out?
Developer can't quite clear off as there's still a few unsold bungalows/chalets left too.

Anon - every chance of a big discount if they want to shift product and move on.They just won't want it publicised as it upsets owners who paid more.
Make a cheeky offer!
S.A.