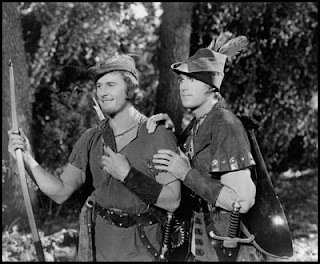 ‘Oh come on!’ Groans assistant manager T thumping the phone down angrily.
‘Problem?’ I ask pointlessly. Home moving is all about problems. All about setbacks, disappointments, broken promises, withdrawn mortgage offers, lying vendors and buyers, dilatory solicitors…..I could go on.

‘F***ing surveyor has asked for more reports than a government committee.’ Snarls T impressively.
‘Are there any good surveyors?’ Asks trainee F tentatively.
‘Course not.’ Snaps T. ‘The bastards are paid to criticise.’
‘They’re only doing their job.’ Says lettings lush B, to everyone’s surprise. Maybe she’s shagging a valuer now. I just hope he doesn’t take his damp meter into the bedroom.

‘Doing their job?’ Mocks T. ‘Those little sods are frightened of their own shadow if they go out in daylight.’
‘They do get sued quite a lot.’ Suggests negotiator S gently.
‘Not enough if you ask me.’ Replies T.

‘What has he asked for?’ I probe. Already thinking of tame builders, compliant damp proof companies and willing wall-tie specialists I might call upon. I just hope there’s not a structural engineer’s report required. The cost and caveats will usually cause most purchasers to bail out faster than a French fighter pilot.

‘Tree surgeon.’ Says T, brow furrowed. ‘I mean where an I going to find a tree surgeon around here?’ I walk to my desk and fumble in the drawer for a few minutes, dusty business cards lurking amongst the spent paracetamol packets, dried out highlighter pens and stale crumbs from a thousand slim-line sandwiches.

Triumphantly I walk out with an amateurish-looking calling card, picture of a large oak inked in the middle, followed by a name and some improbable qualifications nobody has ever heard of.
‘Here’s your man.’ I announce, just the right side of smug.
‘Who is that, Robin bloody Hood?’ Sulks T, holding his hand out reluctantly.
‘Didn’t he steal from the rich and give to the poor?’ Asks F.
‘Definitely not a surveyor then.’ Concludes T, eyeing the card suspiciously.

‘Lenders don’t like trees.’ Contributes fat finance man M unhelpfully. Pointing out most of the country was covered in them when Mr Hood built his first tree house would seem a little churlish. But I’m tempted believe me.

‘Why’s that?’ Asks F.
‘Roots,’ answers M. ‘Get under the foundations, suck out the moisture then you get subsidence or heave.’ M pauses before adding. ‘Or both.’ And I thought I was downbeat.

‘How come you know this guy?’ Asks T, waving the faded card.
‘Because he’s come across this sort of thing before.’ Answers S supportively and I feel my heart soar, until she adds. ‘He’s been around long enough.’
’Is he like a proper surgeon then?’ Persists F doggedly.
‘Yeh, just like one.’ Mocks M. ‘He has a big buzz-saw and amputates limbs.’
‘If he was a plastic surgeon I’d be more interested.’ Says B wistfully.
‘For the money or the free-gratis work?’ Asks S dangerously. B looks daggers at S. Women can be far scarier than men when they want to be.

I decide not to point out that S doesn’t need the surgeon’s knife in my eyes and B would require a whole valley’s-worth of silicone to help her cause - that and a new liver.

I’d never have cosmetic surgery.’ Opines M to an almost audible gasp, as five people simultaneously think: Not even liposuction?
‘What?’ Quizzes the bloater, as the silence bounces around the office tangibly. ‘I’m happy the way I am.’
He’s not. He can’t possibly be - can he?

‘He thinks he might just be able to do some pollarding.’ Announces T knowledgably. I decide to wait. Silence is a great sales tool. He cracks after less than ten seconds and asks. ‘So, what exactly is pollarding?’

‘Expensive pruning,’ Interjects M annoyingly, adding. ‘The lender will still put a load of onerous conditions on the offer.’

Nipped in the bud again.

This may be of interest SA!

On the bright side, your vendor didn't have to try to deal with the local council's "tree people". A group of council employees who put the tree before everything else. This list of things the tree comes before includes, but is not limited to: water mains, your foundations, your phone connection, the health of the house's occupants.
The tree people are likely to fail to look after the trees properly so they out grow the streets they're in and become a home for crows that wake you up at the crack of dawn with their calling from tree to tree in merry morning greeting. I guess you're not working in Southwark.
Hollow eyed and twitchy

My sympathies about the tree mafia. Don't think TPOs are unique to Southwark.
S.A.