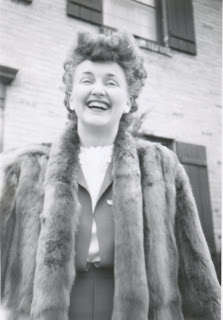 Back in another old person’s home with trainee F assisting in lieu of a laser tape measure – the batteries are really expensive and I never truly trust the reading after that studio flat registered a quarter acre living room.
This old girl is still alive apparently, but she’s racking up care home fees at an alarming rate, her bank balance emptying faster than a footballer’s wallet - and scrotum - in a nightclub.
‘They always smell don’t they?’ States F vaguely, as I think not as much as when they’ve been dead in the bed for a fortnight. ‘The old people or their homes?’ I ask, as I gaze at another mantelpiece populated with fading photographs of 1970’s fashion and bad hair cuts. Styles that I sadly recognise.
‘Both I guess,’ muses F blankly. ‘Do they eat a lot of cabbage or something?’ Perhaps I will replace those batteries after all, or perhaps I could register as a charity and get some sort of tax break?
We creak along a darkened landing, floorboards groaning like a pensioner with bedsores. The bathroom is a miniature time warp. An ancient green suite, circa 1930- odd, with chipped edges and vast cumbersome taps - one of which is inevitably dripping - dominates the stuffy space. A sludgy brown stain cuts through the enamel marking a few decades worth of leakage and underlining you never could get a reasonably price plumber.
A solitary toothbrush, bristles worn and thinning, sits in a porcelain mug with the incongruous sight of Charles and Diana’s wedding date etched on the side. Idly I wonder what would have happened had the princess lived? And then how much the souvenir mug might have been worth, had it not had years of lime scale markings down Charles’s in-bred face. He won’t need to worry about care home costs – particularly if his mother is still on the throne.
‘What do you think this place is worth? Asks F, interrupting my reverie. It’s a question the old woman’s two sons are anxious to have answered, with estimated annual costs of a cramped room and a soft food only diet, circa £35,000 a year.
I gaze out at the jungle-like garden. It’s big but the planning rules around here mean at best a one-for-one on the plot, so there’s no obvious development potential. It’s a case of how much the house is worth up together, minus the update cost, less a chunk for aggravation or profit margin. Not an exact science but then house valuing has always been more of an art.
‘What do you think, bearing in mind the condition?’ I ask F, ducking the question but trying to educate at the same time. He frowns, the audible whirring of confused cogs nearly overriding a noisy carriage clock, that if I could be arsed to turn round, probably has the retirement date of the long-dead husband engraved on the back.
F is still pondering when we move into the gloomy bedroom, unmade bed an uncomfortable reminder of how swiftly your circumstances can change with a fall or a fracture. F idly opens a wardrobe, a habit I’ve been trying to stem since the complaint about the missing underwear – I’m reasonably sure someone just stole the panties from the washing line…
‘Whoa, it pongs even more in there.’ Grimaces F recoiling physically. I sniff the air cautiously but it’s a familiar aroma and far from the worst one. ‘Those are probably mothballs.’ I tell him, spying a couple of ancient, politically incorrect animal pelts. And the imbecile stares at me head cocked to one side. I get it just before he says it - but it doesn’t make it any better.
‘You can actually smell them?’ Queries F hesitantly, as I jettison any hope of him guessing remotely near the correct price for an ideal refurbishment in a sought after area, with good schools and transport links.
‘Oh right.’ He finally says sheepishly, after I’ve explained no matter how cheesy an insect’s gonads might be you’re unlikely to smell them against a backdrop of ancient footwear, unwashed surgical stockings and bath salts.
Of course, it’s all bollocks at the end of the day.
Posted by secret agent at 6:45 PM

You should be a script writer. Having read your classic lines I have a vision of a good old fashion sitcom in the making.

Pity the poor moths - you had me in stitches!!