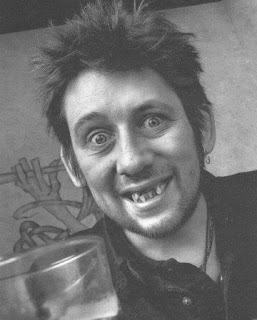 I’m back at the dentist again. Just where does the time go to? I’ll be telling policemen they look young before too long.
The reception desk is peopled by a brace of Slavic looking girls, who weren’t there last time as far as I can recall. But then perhaps my memory is going now too?
‘How are you spelling your surname?’ Asks the one with eyebrows that need plucking, in a thickly accented voice. I want to say something sarcastic but I have gleaned one thing from experience, never piss-off anyone who’ll have you at horizontal disadvantage later. It’s why I try not to argue with my wife.
‘Take a chair.’ Instructs the girl, who if it wasn’t for the pubic eyebrow hair, I’d think should still be at school. The quirky instruction, that normally might warrant a witty reply or a faux exit clutching some seating, is complied with.
I surreptitiously scan the motley collection of fellow patients. Fortunately I don’t recognise anyone this time, but then as this is now one of the few NHS dentists remaining, the demographic is decidedly flea-bitten. I should really go private. But I can’t shake a stubborn latent socialism - not helpful in a salesman - telling me I’ve paid in, so I’m entitled to take something back. Plus the cost of a commercial dental plan had me gnashing more than normal.
I feel overdressed in a suit. The sullen bunch of fellow four-year-old magazine readers all sporting the sort of baggy track-suit trousers, common logo, sports casual look that screams: I can’t afford anything but social housing. No point handing out business cards here.
A small child is running round ankles, both ears pierced, snot dripping from her nose and totally ignored by her chavvy-looking tattoo-sporting mother. The kid is out of control already and a judgemental man might already have her pigeonholed for teenage pregnancy, four children by four different fathers and a life on benefits. I decide to put down last week’s Daily Mail and watch the murky fish tank instead.
‘Hello how are you?’ Asks the dentist when I finally make the chair, forty minutes after my appointed time, with a valuation booked in half an hour. It’s hard enough to win the business as it is, offering a disturbing grin and dribbling on the carpet isn’t going to shorten the odds. ‘I’m fine.’ I lie, as the chair tilts back with a tired sounding whine. It’s the Polish woman again back from maternity leave, at least I think it is. Is it racist to say they all look a bit similar? I must need another reorientation course run by a girl fresh out of university with a 2.1 and an attitude.
The woman’s nursing assistant is definitely a different one from last time, nowhere near as hot. Probably just as well as I seem to remember I was dangerously close to sporting a semi-detached in the chair, last outing. I wonder if they get these girls from one of those dubious dating style websites. Former communist hotties drilling for gold.
On instruction I open my mouth almost as shamefully as if I actually had an erection. Time and targets have taken their dental toll. It’s the sort of jagged grin that if they allowed you to smile for the photograph, would prevent you from getting a US entry visa.
I think I hear an intake of breath from both women, but I’ve no need to check my trousers. ‘How often do you floss?’ demands the one who is still breast-feeding. And I’m thrown. She might as well have asked how often do you jerk-off? As I panic over the correct answer, I realise it might be one and the same. I mean what is the norm? Once or twice a month, seem a bit sad? Or is that normal after twenty odd years of marriage?
‘What’s the average?’ I hear myself ask pathetically. ‘At least once a day.’ Comes the reply. So you’re not such a wanker after all, taunts my inner voice unhelpfully.
'You’re going to need to try a bit harder.’ Instructs the female voice dismissively before adding. ‘What is it you do again?’
I decide to come clean.

I thought you were disappointed by your staff members booking dentist appointments during the work day and not fitting them in at weekends.

Your standards are obviously slipping ;)

Who said it was during working day? The Poles open at 8.00am.(I am going back for a filling though)
S.A.