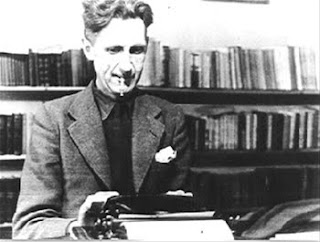 ‘Some posh-voiced bloke on line two wants to know who our Data Protection Officer is?’ Announces assistant manager T and I feel my shoulders sag. ‘Do we even have one?’ Asks negotiator S with a beguiling tilt of her head. ‘What’s a Data Protection Officer?’ Asks trainee F, with an exasperating shake of his cloth-eared cranium. ‘That’ll be him.’ Chortles morbidly obese mortgage man M, indicating me with sadistic glee as he waddles past, face fixed lustily on the greasy Greggs the baker bag in his hand.

‘Take a number and tell him I’m out.’ I tell T using a standard stall I’m never proud of and few believe. ‘He’s with someone at the moment.’ Offers T down the handset as I hop in exasperation and the caller says he’ll hold. ‘I said out!’ I snap, face flushing hotly, as T waves a half-hearted apology and F giggles like a mental patient.

I hurry back to my office trying to remember just what the hell my response is supposed to be on a Data Protection query? I remember the part about me being the Protection Officer – that being a default chore as Branch Manager – and I recall you have to keep records for up to six years, hence the boxes of spent files cluttering up the stationery room. After that it all becomes a little hazy.

‘He’s still holding.’ Says T when my line jangles and I answer reluctantly. ‘Persistent f***er isn’t he?’ ‘Did you get who he is?’ I ask, fumbling in my filing cabinet with one hand. ‘Sounds like a lawyer.’ Guesses T portentously. ‘One of those long company names with three or more geezers in the title - that or an undertaker.’

I instruct T to buy more time and try and get the man to accept a call back, as I fail to locate the copious notes on the legislation, seemingly at direct odds with the Freedom Of Information Act. I have a horrible feeling I’m responsible for that too, but the paperwork I need certainly isn’t freely available. I haven’t a clue where I filed it.

‘What would you have tagged it?’ Asks negotiator S as she bends distractingly to the bottom drawer. She’s supposed to be helping but I’m not sure she’s raising anything other than my blood pressure. ‘It’ll all be on-line somewhere anyway won’t it?’ Shrugs S as she eases herself upright and I hold a file in front of my trousers.

‘Isn’t that the point?’ I ask voice croaking alarmingly. ‘That you can’t have people accessing digital data readily? Isn’t that why I keep tripping over dusty brown boxes every time the photocopier runs out of paper?’ ‘Not sure.’ Shrugs S with an impish smile - her attention span not as long as her legs.

After she’s gone I trawl my faltering memory for the information I’m trying to retrieve. There was an assimilation course - of course. But I have a feeling I spent most of the time looking out the window watching lumbering 747s approaching Heathrow. Up until now I haven’t felt the need to re-read the notes, figuring as Data Protection Officer I already do my bit by being the last out of the office most days, and usually setting the alarm. ‘He was pretty pissy when he eventually rang off.’ Confirms T when he hands me the telephone number. ‘He wasn’t Trading Standards was he?’ I ask suddenly fearful. The taped interview something I’ve no wish to re-visit. ‘No,’ assures T. ‘Far too well spoken. Anyway,’ he continues breezily. ‘Don’t we just stall and tell then there’ll be a fee if they want any files?’

And now I’m even more confused. ‘I think that’s for Freedom Of Information.’ I falter unconvincingly. ‘Sounds like the same whore in a different dress.’ Proclaims T with the conviction of youth – and the bloke who won’t be named in the writ. ‘I thought I’d do the three viewings last thing.’ I announce later, striving for casual and convivial. But they all start laughing. ‘Won’t be calling back the angry solicitor then?’ Chuckles T, rumbling me comprehensively.

The ICO and Anti-Money Laundering mob have become very keen to justify there existence by extorting cash from every business in the land - just another tax!

When are we all going to stand up to these shysters?

Consistently funny and on the mark. This blog is improving, when is the Sunday Times going to bring you back?