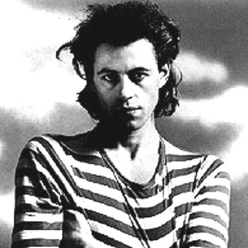 Fat mortgage man M sways back through the office door, piggy eyes glistening with lust, chubby hands clasping one of those vast supermarket bags of loss-leader doughnuts. Sometimes when it’s quiet – and it often is – I swear I can hear the high-pitched parting of cotton fibres, as the buttons on his shirt strain to detach from their overstretched bearings.

‘Anyone want a jammy one?’ Questions M half-heartedly as he pops a sugary chin back round the kitchen doorframe. Needless to say he hasn’t bothered to put the kettle on for anyone else. My clumsy half-baked management theories - picked up mainly through doing the polar opposite to whatever trendy theories the latest pubescent trainer is preaching on successive courses – of treating people how you’d like to be treated, means I make a lot of tea. My bean counter boss has never made me anything – other than depressed.

‘No, ‘ I finally respond to M. ‘I’m trying to cut down after Christmas.’ He shrugs and a ripple of fat dominos through his clothing unpleasantly before shuddering to a halt somewhere around his sagging-crotched groin area. ‘I can’t help being fuller-framed,’ responds M defiantly. ‘It’s a metabolic thing.’ The man is delusional. I should point out his weekly calorific intake could keep a small African village in feast mode for a month, but I guess I’m losing my fight. Anarchy in the UK is a long distant memory and half of my heroes are dead.

‘He’d never get life cover for himself.’ Opines assistant manager T dryly, as M waddles back to his office, second doughy ball in his fist. T is more observant than you’d think. If only he could find the sort of stomach for the fight M is sporting. He has a point though. M is happy to stitch people into commission high, payout low policies, but if he ran his own stats through the laptop – or in his case belly-top – he’d be refused a premium. Life Insurers don’t want people who are going to die.

‘You seen this?’ Questions T later, as I hurry back through the door, stomach rumbling audibly. He’s poring over my paper again – too stingy to buy his own when he can file share both music and news. ‘What?’ I ask curtly, knowing I’m experiencing a distraction technique, one from the same psychological school M uses - although his disturbance selling involves dead relatives and unpaid school fees, not who is shagging who, in celebrity land.

T beckons me over conspiratorially, eyes darting towards M’s office where the windows are slightly steamy and a middle-aged couple are sitting. They are doubtless hearing how hard it would be if their partner was taken out by a number ten bus and little Charlotte had to give up pony club after the pauper’s funeral.

‘This is a wind-up surely?’ Says T, finger underlining the improbable story - one detailing how more and more men are resorting to breast reduction surgery to rid themselves of the dreaded - M-like - man boobs. The acronym for the British Association of Aesthetic Plastic Surgeons apparently is – BAAPS.

We are still giggling like schoolboys when negotiator S sashays through the door a nanosecond after her own well-upholstered décolletage.
‘What are you two laughing about?’ She asks breezily. My gruff brush off and confiscation of the paper wasn’t that graceful but I had visions of an awkward discussion that might easily veer into sexual harassment territory. You have to be so careful what you say in this employment climate - and those alleged lesbians running Human Resources have no sense of humour.

‘How did that go?’ I ask M as the couple he was fact finding exit the office.
‘Should be a tasty little life policy and some accident sickness and redundancy.’ Chirrups M, tongue running round his lips unappetisingly.

‘I thought that never pays out?’ Questions T flatly, barely looking up from his computer screen. I’m guessing solitaire now most of the social networking sites are blocked.
‘They pay out commission pretty damned quick.’ Chortles M moving towards the kitchen. ‘Anyway,’ he adds defensively.’ ‘We all have to eat. Anyone fancy the last doughnut?’

I feel bilious.
Posted by secret agent at 8:52 PM

"Anarchy in the UK is a long distant memory and half of my heroes are dead."

Wow! Depressing stuff! Great narration though, a future in novel writing beckons for the SA?