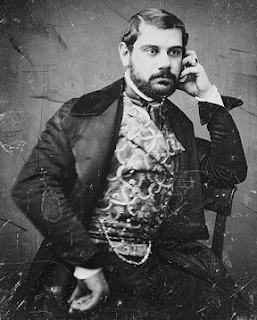 Arrive early for a valuation to scope out the road, park appropriately and ensure I tap the door bang on time - proper preparation being an underused sales tool. Then I see the agent before me coming out.

I know few people have just one valuation – or market appraisal as the public liability insurers insist we call them – but it still makes my heart sink when I’m up against more bullshit, misinformation and fabrication than Prime Minister’s question time.

The guy leaving doesn’t see me, partly because he’s saying goodbye so effusively I almost gag, and partly because I’m ducking into the footwell to avoid being spotted. I’m rewarded with much-needed anonymity as he passes my car unwittingly, and a sharp stabbing pain down my leg. The sciatica isn’t getting any better. Nature’s way of telling you you’re past your prime – that and the bean counter’s performance league tables.

Every town has too many estate agents even after a rocky property market has culled a few. Any alien dropping into a retail zone in the UK would immediately assume we live off bricks and mortar and charity shops. They might also imagine the euthanasia police had quietly removed anyone over the age of forty, wearing a suit and carrying a clipboard – bar me.

‘Come on in.’ Says the man who opens the door, wife hovering in the background. She’s not that vocal yet but when it comes to price she’ll have an opinion. ‘Nice that you are on time.’ Offers the man neutrally. It’s a crumb but something to work on. I already know the experience angle will be required. Any pretence of youthful enthusiasm in selling someone’s home is negated by my arrival on the doorstep - unless it’s a retirement flat. No matter how many caffeine-based drinks you consume you can’t really get energy in a can.

‘So you don’t all have to take exams?’ Asks the wife incredulously after I’ve dropped a few land mines for the earlier agent to detonate on. And I tell her, as I tell anyone who’ll listen, that anybody can open an estate agency business unless they’ve received an almost unheard of banning order from the Office of Fair Trading.

‘It doesn’t say that on the television advert.’ Challenges the husband, referring to the cringesome safari-based promotion running for a well-known estate agency search engine. I’m already bored with analogies about lions and jackals in business wear shredding unsuspecting prey. The endangered species comments and gags about it being a jungle out there, are wearing thin too. Just what was the advertising agency focus group doing for their free coffee and doughnuts?

‘I think there are far too many of you anyway.’ Opines the wife, before hesitating and adding a less than convincing. ‘No offence.’ None taken I think, unless I see that pre-pubescent pimple’s board outside your home next time I drive past. And I will drive past.

I keep the false smile pasted to my features until I reach the sanctuary of my car. I’ve hit them with an attractive fee – it still won’t be the cheapest – and majored on professionalism, accurate advice and experience. They didn’t look convinced. The fact that they were both younger than me probably didn’t help find as much mutual ground as I’d have liked. My kids are finishing education, whilst their child is still at primary. I mean the husband has an iPad for crying out loud. I can barely work my mobile.

‘Any luck?’ Asks assistant manager T as I trudge through the office door, shoulders more sloped than an alpine ski run. I should have sent him on the valuation, a better demographic match. ‘Fifty-fifty.’ I lie, before retiring to my office to lick my wounds.

Improbably, I fantasise about how to cull a few of the opposition. My property pogrom would start with any lad in a shiny suit with too narrow lapels, particularly if he hadn’t started shaving - other than under the arms. Then extend to anyone with a pompous double-barrelled surname, a handkerchief in his top pocket, or comedy cufflinks - running on to all women with heels over three inches and a skirt short enough to distract.

Just having a good read of your book on kindle at the moment. Must say your more recent posts are getting more witty, keep up the good work. It has cheered me up knowing that random members of the public are giving EAs abuse, although I guess you may be using artistic licence. Much that I loathe keeping EAs employed I think i will buy the next one when its published too.

BTW are we heading for a double dip?

Thanks for the comments and for downloading book. I can live with the opprobrium if you buy the next one!
Double dip? Probably, but don't tell the economists.
S.A.