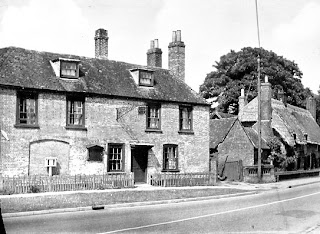 Observing my little fiefdom from my office window, I ponder morosely where it all went wrong? Somewhere around the parents’ divorce and the inevitable fracturing of home life? Or was it the woeful O’ level results and the subsequent lowering of career aspirations? Looking back I hated - with a passion - the estate agent who sold our family home. Thought he was the lowest of the low for taking my door key away. It’s funny how fate turns us all in to hypocrites.

Then, as I risk sinking into a maudlin morass of self-pity, two phone lines jangle simultaneously and I brighten. Assistant manager T grabs one with uncommon speed but he’s just still beaten to the draw by S, my comely negotiator. It’s amazing her upper body can move so swiftly with those voluminous breasts in the way.

Despite myself and in direct contradiction to staff pleas at the last meeting, asking me to desist from eavesdropping on their every conversation – to stop picking pedantic faults in their sales technique – I edge into the main office.

‘How much were you thinking of bidding?’ Asks T, eyes glinting behind those designer frames, thumb raised skywards towards me as he scribbles on his offer form. That little thrill is back, the fluttering in the pit of the stomach I used to get more often than now. When sex and sales were more plentiful.

‘That’s a good starting point.’ Coos S into her handset as my attention switches to her phone call and I curse my rudimentary multi-tasking skills. She too begins writing, rather languidly, rather beguilingly on to her offer form. The feeling in my lower belly swells again. Two bids in two minutes! The week might be saved after all.

Excitedly I switch back to T’s conversation, straining to see which property he’s talking about. With a skip of ennui-laden pride I notice it’s the four bed detached house I listed four days ago. We’ve not even advertised it in the paper and already there has been half a dozen viewings generated by our initial telephone round the hot box. I knew it would sell, as soon as I had the signed sole agency in my hand. God I’m good.

Hurriedly, I slide over towards S’s desk, feet moving as if on castors, clunky internal calculator trying to work out how much potential commission a brace of deals might generate for our pipeline. How I might ring that little weasel H, my insufferably smug rival branch manager on Friday, and boast to him for a change. Then the disappointment hits like a fist to the face.

You couldn’t make it up. S has just inked-in the address of the home she’s received an offer on. The same address T wrote down a second earlier. Multiple bids on the same property. Terrific. From hero to villain in two short shuffles across a cheap static- laden nylon carpet. Shocking. Someone is going to be hurt.

‘Who needs a mortgage and insurance out of the two?’ Quizzes fat finance man M hungrily, as the phones fall silent and everyone realise two possible sales have suddenly become one – or worse still, none, if we get the delicate negotiating required wrong. We are not allowed to favour one buyer over another just because they are using our ancillary services. Not supposed to make a hidden profit. It’s an eternal dilemma. One that doesn’t seem to trouble M. ‘Let me speak to both of them and we’ll bin the one who doesn’t sign up with me.’ He announces decisively.

An hour later I’ve fallen out with M, he’s sulking and comfort eating again. T’s buyer has called him something he could never be without advanced surgery and S’s punter has threatened to ring the property Ombudsman. And the owners want me to ring them.

‘I’m not sure it is good news,’ contradicts the husband after my opening upbeat spiel. ‘You haven’t even put it in the paper yet and we’ve got two people squabbling.’ He pauses and I wait for the inevitable. I’ve done this for long enough to know. He doesn’t disappoint. ‘We think it’s too cheap.’

I’m not feeling the love.
Posted by secret agent at 7:01 PM

I only mention it cos I care - no need to publish, just have a quiet edit.

Nice work on the blog BTW - keep it up!

Good spot anonymous - nice to know someone is reading this! I did say the O level results were shabby...
S.A.

We recently sold our house. It went on at 250k and we got offered the asking price the same day! We then had 3 other offers at the asking price..so guess what??? I said it was too cheap and asked the agent to put it on for 280k. 1 month later we sold it..for 250k:). I guess this happens alot but it is a tricky one when you are in that position as you never know

Marc, It happens more often than you'd think - human nature to always wonder if you could get more. Drives agents mad though...
S.A.