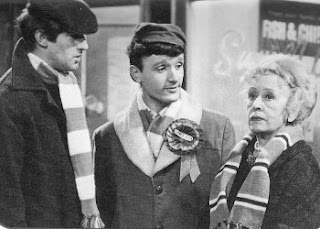 Out on a corporate jolly with a friend and for once my profession isn’t known up front. Even so, as we make our way to the host’s house, I’m already fretting about the introductions and the inevitable, ‘and what do you do?’ question. A mad idea flares about bluffing I’m an engineer like my mate, but as I could barely wire a plug when a man had to and I’m baffled by Ikea flat-pack instructions, I quickly junk that plan.

‘Don’t’ stress it,’ he advises as I articulate the phobia about revealing my profession. ‘They probably won’t even ask. Then the taxi arrives at the target property and I spot a for sale sign slumped drunkenly in the hedge outside. Terrific.

‘What’s the market doing mate?’
I’d kind of prepared for the question -only I had sort of expected it to be in the corporate box at the game, not from the bloody taxi driver. I haven’t a clue pal, I’m tempted to growl, along with a caution to watch the road next time not listen to passengers’ conversations, but I mutter some platitude and confirm stereotypes by stiffing him on the tip.

Brief introductions over, we pile into the host’s car - me in the back with a complete stranger - and head off to the match. As I’m not driving and the alcohol is free I resolve to get pissed as soon as feasibly possible. ‘How’s the house sale going?’ Questions the man next to me and for a moment I think I’ve been rumbled. But the driver half turns his head and spits. ‘Don’t even ask.’ There’s a strained pause before he spews. ‘F***ing estate agents, I don’t know what they do for the money.’

‘I’m sorry about that.’ Offers the driver sheepishly after the conversation became overly poisonous and my friend had to swiftly reveal the identity of the freeloader in the back. ‘Particularly the bit about paedophiles,’ giggles the engineer alongside me as I struggle for a riposte about mechanical fiddlers and collapsing bridges.

An hour later I’m almost glad to be amongst a swathe of middle-aged men sporting over-priced nylon replica shirts and beer-bellies. I’ve given free advice on ending a sole agency agreement, how many viewings a week is average and why agents never ring back when they should do. Short or zipping myself in a sports bag with a Satsuma in the mouth, it’s as comprehensive an exercise in self-flagellation you can have in a five-door hatchback.

We sweep past the noisy throng queuing for a turnstile, straight into a corporate lounge, the bouncer on the door ushering us through as if we were royalty. If only he knew. Then we walk through a panelled door into an over-sized goldfish bowl. Half a dozen unfamiliar faces turn to inspect us, as I feel the fear building again. I meet scores of new people every day, turn up at their house when they’re marrying, divorcing and dying, but I’m still strangely shy inwardly.

‘He’s an estate agent!’ interjects the engineer I’ve travelled with, after a ruddy-face businessman extends a hand and a query. A raucous jeer rolls around the box, matched only later, by the traditional baiting of the referee and the chant that he undoubtedly masturbates. I try to take the opprobrium with good grace and order a double from the barely legal girl in an apron who has the unenviable task of serving a bunch of junior league executives getting royally slaughtered, while the home team outside the glass suffer the same treatment.

Half time hasn’t even approached and I’m feeling as unstable as the over-paid striker forever falling in the box. The alcohol flows, but bizarrely we have to stay away from the window while supping from the corporate cup. It’s just as well because the tribe of shaven-headed thugs in the box next door appear to be guests of a well-known developer. I’m sure one of them once offered me a backhander.

‘Those guys must be the only profession more hated than yours.’ Chortles a fat guy with thinning ginger hair and halitosis, as the referee and linesmen are escorted from the pitch. He’s a tap-in - even for me - but I pass.

Possibly my favourite post. Keep 'em coming. The "junket" bought back a few memories too!

"zipping myself in a sports bag with a Satsuma in the mouth" - superb!