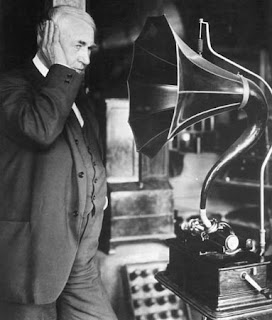 The door opens and we all look up slightly startled. It’s a time of year thing and I hope we’ve not seemed too desperate or we’ll have spooked whoever has crossed the threshold. I needn’t have bothered, one look at the smiling face tells me this character is selling something, rather than buying.

‘I’ve come to inspect your electrical equipment.’ Chirrups the geezer in a singsong cockney accent that guarantees, unless he’s a city trader in his spare time, he won’t be buying a property any time soon. ‘You might want to look in her bottom drawer.’ Quips assistant manager T, nodding towards lettings lush B, who is slumped at her desk, face just one charity-chugger’s plea from tears.

I haven’t dared check in there, since the pink handcuffs discovery. There are some things best left to the imagination. B’s expenditure on ever more risqué sex toys rumoured to be almost matching her alcohol budget. I know she’s frantic to catch a man, with the body clock thing, but I’m pretty sure the pepper spray is illegal and in any case meant to stop males assaulting females - not the other way round.

‘Yeh, very funny,’ slurs B in retaliation as the volts and amp man hesitates, some of his annoying chirpiness leaking to earth now. ‘Anyway, he doesn’t look like he does batteries,’ continues B, mentally undressing the poor guy. ‘Can you recharge me, or just my appliances?’ She challenges unsettlingly.

‘Don’t mind her.’ I tell the man as I usher him in to the kitchen and he starts checking the electric goods.
‘Is she pissed or just desperate?’ Asks the man as he attaches probes to our kettle and his meter twitches in response. ‘Probably both.’ I tell him flatly. He’s not sure if I’m joking. The feeling soon becomes likewise.

‘What do you mean we can’t have our toaster?’ I quiz angrily. ‘It was a present from a satisfied customer.’ He looks at me suspiciously. ‘Yes, I know,’ I confirm. ‘It’s a rarity. I’d have put it in the window if I didn’t think it was more saleable than most of the other rubbish there.’

‘Well I’m afraid I can’t certify it.’ Apologises the man, no longer Terry Venable’s less successful younger brother. ‘Not on the list you see.’ And he taps a sheet of A4, as if that gives the fact we can no longer have crunchy, butter-licked slices with our soup, some sort of crumby validity. And then foolishly he adds. ‘It’s more than my jobs worth.’

‘Whoa, he wasn’t so chipper on the way out.’ Observes assistant manager T after the man skulks away, having attached pedantic little date-stamped stickers to everything attached to the National Grid. ‘Do you think I scared him?’ Asks B mournfully, before adding. ‘I do that to men.’
‘No, I think it was me.’ I tell her gently. ‘You’re just saying that to spare my feelings.’ Replies B. She obviously doesn’t read the Blog.

‘I mean what has that got to do with flogging homes?’ I ask moodily, conspicuously avoiding busty negotiator S’s gaze while telling the team crumpet was off the menu. ‘Nobody has died yet on my watch.’ I rant, before adding the probate-friendly caveat. ‘At least not staff members.’

‘Yeh, but it’s really helpful to have that sticker telling us the kettle may contain hot liquids.’ Mocks T. ‘And I’m glad we can safely use the franking machine without fear of anything unexpected happening,’ chortles S alluringly, as she bends to check the plug and something sparks inside me. ‘Until at least January 2012.’ Then bloated mortgage man M spills through the door.

‘What do you mean I can’t have toast anymore?’ He demands indignantly. ‘That’s sizeist?’ ‘It’s to stop you killing yourself.’ I inform him dryly.
‘That’s none of anyone’s business.’ He counters. ‘Anyway it’s not my fault. I’m just big-boned.’ It’s not only the public who are delusional.

‘Are you allowed to do that?’ Asks T later as he spots me plugging my mobile phone charger in. There’s no company sticker on the plug end, so technically I’m in breach of regulations and possibly pilfering power illegally. I tell him I’ll chance it.