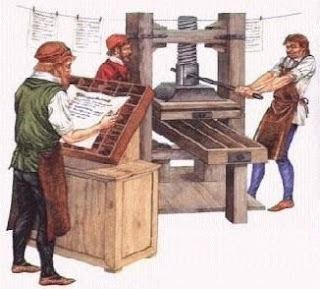 ‘Right,’ I proclaim at the end of the morning meeting, more decisively than I feel. ‘We need to be more….’ And despite myself, despite the need to sound positive, to offer strong leadership, my voice tails away.

‘Proactive?’ Offers assistant manager T with a hint of sarcasm in his voice.
‘Yes.’ I acknowledge, mind as blank as the office diary. And for a moment I nearly utter the bean counter’s platitude about shaking some trees and banging some drums. Utter management-speak nonsense regurgitated when all imagination has been sucked into a profit and loss account void. Where accountants who shouldn’t be allowed to procreate, should stick to fiddling with balance sheets - and themselves.

God, that useless maths teacher has a lot to answer for.

‘How about a leaflet drop?’ Asks negotiator S half-heartedly and both T and trainee F groan audibly, T because he’s lazy, F because he makes Neanderthal grunting noises spontaneously with no apparent connection to real-time conversation.

‘It’s something positive.’ I acknowledge flashing a smile towards S, one that needs a lot of expensive cosmetic dental treatment, if truth be told, after so many years of grind.
‘Proactive even?’ Carps T as I rue the day they banned striking down subordinates – at least physically.

A far distant me would empathise with T, knowing that not many people fall for the: We have no-chain buyers, waiting for homes in your road, line any longer. But some do, and sometimes we have buyers waiting. Any successful marketing pitch needs a hook baited with a tincture of truth, however improbable. How else would so many Nigerians have your UK bank account details?

An hour later the printer is showing signs of overheating, faint whiff of burning emanating from inside, low ink light flashing again. The toner cartridges in those things must be platinum-lined, judging by replacement costs.

Dreamily, as I scan the approved suppliers catalogue for the cheapskates re-useable option, I remember that John Bull printing kit I had as a kid. The early adopter King Edward potato stencil experiment proved a mashy disaster, and in truth those rubber letters you fastidiously inserted with tweezers only to find you were dyslexic after stamping out a hundred car wash round flyers, were a message that I wasn’t cut out for marketing. The signs were there.

‘I’ll come on the next one.’ I announce sheepishly as my reluctant team gather up the inky entreaties for business, standard warning clause to alert existing sellers they need to consult their current agency contract terms before instructing us, set in the smallest type we can get away with. The synchronised groan is back from T and F. S just smiles sweetly as she’ll be in the warm manning the phones, which probably explains why she suggested the idea in the first place.

‘Hit those boards on London Road,’ I instruct as the Z team leave. Other agents’ tired instructions may not seem that inspiring to the casual observer, but if a seller is motivated and fed-up with an incompetent practitioner, it can sometimes be an advantage to come in second - or even third. Higher fee, lower price and a contract at the end of it. It’s what pays my mortgage.

‘That wasn’t very motivational.’ Snipes lettings floozy B from her desk. ‘I thought you were into that lead by example bollocks.’ She has a point. But then I’ve worn out more shoe leather than most. Suddenly, to my initial surprise, the door opens. Brief expectation vanishes faster than Malteasers from the Celebrations box and I’m left with another Bounty moment, as one of our regular time wasters shuffles in.

Fifteen minutes later I’m still trying to get Mrs Muggeridge out the door. I’ve sympathised with the loss of her husband - he died several years ago and I suspect jumped from her balcony judging by the dreary conversation - and I’ve promised to look out for a realistically priced bungalow.

It’s about as likely as a politician suggesting everyone lops thirty per cent off their property prices to get back to some sort of affordable levels, so I play along like everyone else - and yearn for some fresh air.
Posted by secret agent at 7:06 PM

"thirty per cent" - funnily enough that's when i'll be buying in cash. let me know when we're there ;-)

Kindle is a great idea, I'm looking to invest in one so you'll be on my list of purchases!

Thanks anonymous.
I'd thoroughly recommend a Kindle. Was unsure as to how user-friendly it might be, but it works seamlessly and is very tactile. Loads of free and good value downloads available - not just Agents Diary!
S.A.

I might have to look into this further, a great read!