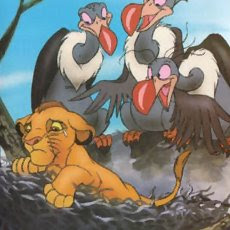 A neighbour hurries over towards me as I start the car. It’s not a welcome sight, as he won’t be extending a dinner party invitation – and in the unlikely event he did, I wouldn’t accept. I spend enough time in other people’s houses wishing I were elsewhere.

He waves urgently, as I make to pull away and I’m left with that awkward dilemma. Do I run him over? Or do I give a free, on the fly, no charge, no obligation, no point in doing it valuation of his house? The thought of the insurance company paperwork and another saggy-seated loan car makes me dip the clutch and apply the handbrake.

‘Glad I caught you,’ he pants as I think the exact opposite. ‘Only I wondered if I could pick your brains for a moment?’ It’s not an attractive phrase at the best of times, with visions of cracked skulls and vultures pecking at exposed grey matter. I can feel a headache coming on.

‘That’s rotten luck.’ I sympathise, as he tells me he’s been made redundant for the second time in twelve months, and I glance surreptitiously at the dashboard clock. I know he has a pump-primed mortgage and is more than likely in negative equity, so the chances of selling his house for him are slim to zip. And in any case dealing that close to home is fraught with problems. Better to keep business at arm’s length and hope we’re on his lenders panel when the repossession comes through.

‘I felt like a schoolboy again when I went to the job centre.’ He tells me glumly, as I think you certainly don’t look like one mate and ponder what I’d do if his CV came across my desk. The same as all the forty and fifty-something job seekers, I guess. A non-committal brush-off so as not to risk an age related tribunal case, then file 13. I’m under no illusions that my CV wouldn’t receive the same treatment, unless I tried to join all the other grey haired blokes pushing supermarket trolley trains round car parks, when they ought to be getting pissed at breakfast time in a Spanish bar with the other failed ex-pats.

‘Of course we won’t sell unless we have to.’ He continues as I contemplate inching forward a little just to give a hint I’m in a hurry. But the dodgy clutch makes me think again, that and the fact that if I kill him his insurance might actually pay out for once and his wife and kids won’t be moving – voluntarily or otherwise.

‘I really rather not mislead you on price,’ I block futilely. ‘Not without seeing inside, carrying out a proper appraisal and everything.’
‘Just a ball park figure.’ He urges. ‘Just so we can sort out our finances.’ He’s not going to like what he hears, but I’ve a feeling he’s on a run of bad news. One that might continue until he retires, or starts swiping you card erroneously and wearing those coloured dungarees at a DIY barn, before he has to call over a supervisor half his age to bail him out and possibly issue a first written warning.

‘How much?’ He snaps angrily, all neighbourly camaraderie vanishing in a snarled tooth flash. ‘You have got to be kidding me. I can’t sell for that!’ I’m not even sure I could, I think, as I feel my street credibility sinking to an all time low. The bank, if we could find one prepared to lend, might still down-value it on survey.

‘It’s all a bloody conspiracy.’ Vents the man pointlessly before telling me how many jobs he’s applied for without a single offer of an interview. How he’s too experienced and over qualified for most of the roles – read too old and too expensive here, I think mournfully - how he’s on the scrap heap at fifty-three. He looks older to be honest and I wouldn’t want him in my office. People can sense desperation in a salesman and this guy reeks of it.

At the office, I read a repossession appointment notice from corporate sales. It’s a different house but the same end result. A guaranteed fee though - so it’ll pay a few bills.
Posted by secret agent at 8:07 AM

You're the sort of a guy you could go round to their house for dinner and have a really good laugh and then a week later find out they've committed suicide.

Hotairmail, I reckon SA is actually a happy guy he just loves one of the favourite British hobbies - complaining!

Enjoying the blog from the US!

The failed expats went back along time ago directly because they used to get pissed at breakfast.
Those still here without significant resources work damned hard.