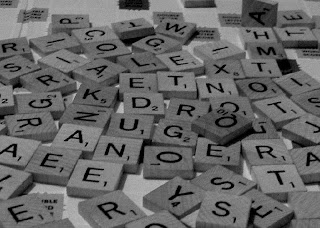 In comes a higher offer on a home we’ve agreed a sale on. It’s as welcome as a turd in a hot tub.
‘Couldn’t you have deflected them?’ I ask assistant manger T plaintively as he shrugs his shoulders hands the file to me and says. ‘They were pretty insistent mate.’

Firstly I’m not best pleased he can’t deal with it himself, I’m kind of topped out on opprobrium from the public. That much animosity surely sinks in eventually, if only by osmosis. And secondly I’m not his mate. Like the pretty air hostesses who smile and engage with you when they’re flogging duty free, there’s no way he’d have anything to do with me outside of a work environment – or vice versa - if it wasn’t for our shared need for a salary.

‘They did look at it twice before the other couple agreed to buy.’ Offers negotiator S in a colleague-friendly gesture of solidarity towards T. She wouldn’t be so damned cuddly if we were on individual commission – and if it wasn’t for those enormous jugs.

‘Anyway,’ chips T. ‘You know we have to forward all offers to the client.’
‘Yes,’ I grumble, acknowledging the legal obligation. ‘But you shouldn’t let them actually say the words, maybe offer them something else….promise to let then know if the sale falls through….’ I tail off unconvincingly. Fact is it’s not up to me to be arbiter of who buys what and I know it. It’s just a colossal pain in the arse.

No matter what the outcome it’s a pretty safe bet my industry’s reputation isn’t going to be enhanced by the time these freshly re-opened negotiations are concluded. Someone else is going to hate me.

It’s only £5,000 more and the over-bidders are not in as strong a position as the first buyers. I should be able to explain to the owners the wisdom of staying with the deal they’ve accepted. In the past I might have even appealed to a sense of integrity - my word is my bond and all that - but time and experience has eroded any remaining belief in people doing the right thing. Particularly where money is concerned.

‘So what you are saying,’ Ventures the vendor husband when he rings back, his wife having declined to make a decision, although she was pretty vocal when they were making choices on what to buy next. ‘Is toss away £5,000?’ I’m not saying that although it would be a collector’s item if he did. I explain his options. Stick with the original buyer at the price agreed. Ask if they’d be willing to match the higher bid. Ditch the first couple for the second and have a weaker chain. Or open up a divisive bidding war.

‘I could take the wife on holiday or change the car for that sort of money.’ Postulates the man, voice cracking slightly with lucre-lust. Only if they actually perform, I think sardonically. Talk is cheap when it’s subject-to-contract.

‘He wants to take the money.’ I tell T wearily when I put the phone down.
‘Right,’ ventures T haltingly before asking. ‘Are you going to tell the other buyers?’

I like to think I’m a reasonable guy to work for. I certainly have no time for those who delegate every unsavoury job to juniors and don’t lead by example. But then I also like to think I could leave this industry on a high, rather then in a box. Like to dream I might one day become a proper writer. Delusion has its merits if it gets you through the day.

‘You bastards are all the same.’ Spits buyer number one, when I tell him of developments. We’re not as it happens. ‘You just want more bloody commission.’ rages the man as his wife interjects with a vituperative questioning of my manhood.

Pointing out that 1.5% of £5,000 is a paltry seventy-five quid isn’t going to help. His mind is set. Ultimately I’m not working for him anyway. The vendor pays my bill - I’m just a conduit. Although the anatomically improbable c-word the woman in the background calls me scores a little less in Scrabble.

Game over.
Posted by secret agent at 7:48 AM

Great blog again. Makes me feel almost warm to you. So what you're saying is that it is not agents - it's just that they are merely the outward manifestation of peoples' darker side of greed and lust (for money).

My company employs several ex Foxtons people. They're a breed apart, aren't they? I've always thought that they were like a cult - brainwashed into ludicrous over self confidence. This is initially disconcerting until you realise that there is nothing, literally nothing, behind the facade.

I´m surpised you´ve still got anything to do until the first week in January when the Wylie Coyote reality moment appears to the general public.

I completely understand your post, but the bottom line is to get the best price for the seller. I mean its not exactly like we are rushed off our feet these days. A little more work, and a happy customer.

Ada - I agree, as long as the best price is also the best buyer - someone who proceeds...
S.A.

To Anonymous: Why the first week of January, particularly?

The point Ada makes about getting the best price is true. I think the real issue is that there are too many buyers and sellers that act with total disregard for any sort of reasonable values & we, as agents, are forced to make their dirty calls to the other party. Hotairmail draws the right conclusions as to the real root of the problem. Greed. OK, if we get the vendor more money, we get more commission as an office but we are talking fifty quid or so in total! As SA says, we need quality people who will exchange contracts, not people who - at step one - are already playing games. These jokers are rarely the ones you want to be dealing with. Fifty quid or not. As for Foxtons - perhaps one of their number could join the debate?

But what is a "reasonable" value? Furthermore, if the second buyers don't proceed and SA goes back to the first buyers (I would love to be a fly on the wall for that conversation), what should they do assuming they are still in the market? Would you regard it as unreasonable if they refused to proceed with a house that they previously wanted and presumably still like? I wouldn't. At best I might reduce my offer by - say - £5000 as a deterrent against a repeat performance. However, with their oddly asymmetric view of the world, I have no doubt that the EA and vendor would be name-calling me for my unacceptable and unreasonable behaviour.

With regard to the latest quote by anonymous (busy person!), I certainly wouldn't be critical of a buyer who has been treated poorly deciding to bite back. Don't confuse an agents legal obligation to work in the Vendors best interests with their own, private thoughts on the matter. I believe people should honour their word and act with decency - it's that simple. A couple of weeks ago we sold a property that was left in such a disgusting state we, the agent (with no requirement to do so, incidentally) paid for the property to be professionally cleaned for the buyer. Why? People should act with decency - even us nasty old agents!!!!

Was wondering why the second buyers didn't offer when they saw it twice? They could've saved themselves five grand.