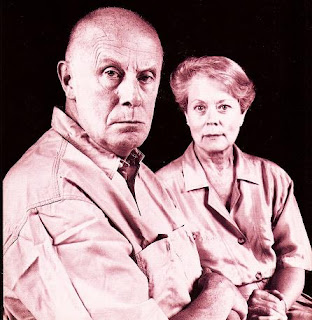 Out slithers another property survey, based on one mortgage-peddler’s restrictive loan criteria, totally ignoring cash buyers and the rest of the admittedly contracted lender pool. It’s an invitation for vacillators to renegotiate their agreed price and for those yet decided to put derisory offers forward. Of course had the survey indicated an upward trend, sellers would want more money and new vendors expect to ask ever more laughable prices. Nothing changes.

‘Have you seen this?’ Asks my wife at the breakfast table, throwing me momentarily as she’s still in her dressing gown. Fortunately - as I’ve not touched my porridge - I see she’s only flashing the local paper, in my direction.

‘Don’t believe everything you read.’ I caution, glad she doesn’t bother with my Blog. She’s waving the property section of our local free rag. For me, reading the fiction is like a busman’s holiday, so I try to ignore it. But I know her, and of course all the neighbours, study it avidly. Those thinking of getting a divorce are particularly keen followers.

‘It’s the same house as ours.’ She trills excitedly, thrusting a competitors advert block under my nose. Stifling a gagging reflex at the hated logo, I reluctantly scan the pictures and nearly spit a lumpy clot of oats across the table.
‘They’re having a laugh.’ I mock in derision, wiping at the sticky spillage sliding down my chin before it hits my freshly ironed shirt.
‘Yes but if their place is worth that….’ Begins my wife, before tailing off as she sees my face.

‘Okay,’ she concedes huffily as I blow myself out after a five-minute rant. ‘No need to be so nasty.’ I apologise half-heartedly and go to scrub at the tartar building up on my teeth. I’ll need to see the Polish dentist again before too long for a scrape and scrub, and if those idiot competitors keep over-valuing in my road I’ll be crunching out a few more fillings, with all the gnashing I do.

I mean it’s not rocket science valuing, particularly if homes are in the same road, with the same floor plan and the same developer. Granted, one-off homes are always trickier to get right. That’s when the subtleties of presentation, alterations, orientation, demand and supply, are married with experience to get the figure about right. But this was just rank incompetence – or deliberate inflation to get the instruction.

‘I know what you’re saying,’ continues my wife after I’ve vacillated over a suitable tie and brushed my hair over to best advantage. ‘But if they could get that much….’ It’s a familiar refrain, so the fact it’s my wife being duped is no great surprise, even after I’ve told her a distressed sale of the identical unit, albeit run down slightly, sold six months ago for £75,000 less than the asking price she’s spotted. Even the knowledge an immaculate house, a few doors away, made £50,000 less and only completed weeks ago does not deflect her.

‘You can look on-line if you don’t believe me.’ I growl in anger, as I take my leave and testily notice the car is iced-up and I’ve forgotten to run it on the drive for five minutes - totally at odds with company standing orders after a ticking-over Vauxhall was stolen by a sneak-thief last winter. Personally I’d rather walk than be seen dead in a motor with the corporate logo anywhere readable.

‘I don’t believe it.’ I grumble to the headlining, as I eventually drive away shivering, frosty screen with a letterbox-sized hole to peer through. I’m vaguely aware I sound like that old Victor Meldrew character from One Foot in the Grave, but it’s as inevitable as grey moods - and grey pubes.

It’s never been easier to check the price a home local to you sold for. Agents have access to the data, as do the public. Yet, somehow people develop selective sight, only choosing to read the numbers that suit their fiscal purpose - particularly if they’re looking for a settlement.

Disconcertingly, I’m left wondering if my wife has been consulting a solicitor behind my back

Not many would blame her.
Posted by secret agent at 9:02 PM

That would be too much information!
S.A.

I wish all estate agents had as much sense as you!