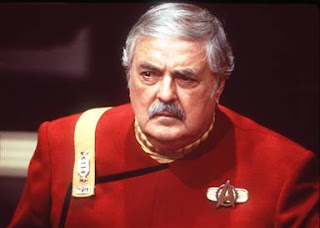 ‘Miss Anderson wants a call back.’ Announces assistant manager T before I’ve taken my coat off, or checked the message book. It’s a fair bet he could have dealt with the query himself but dodging responsibility is a pre-requisite for an assistant who has no desire to progress.

It’s not as if T doesn’t have the ability, just it would be pointless pushing for career advancement when he’s already decided he’s not staying in the industry. T feels he’s destined for better things. Somewhere back in the distant past I did too. He’ll learn.

‘Wants to know why we haven’t been bringing any viewers round.’ Reports T with an insouciant shrug. He could have told her just as easily as me, but that might have involved the potential for conflict. Something T avoids as adroitly as the Swiss.
‘Yeh, why does nobody want her place?’ Asks imbecile trainee F. I avoid a sigh deeper than the Mariana trench as it might be construed as employee bullying - and decide to share instead.

‘Firstly,’ I begin as mortgage man M groans and wobbles his way to the kitchen in search of something more appetising. ‘She didn’t listen to me on price. Got greedy and now she’s missed the opportunity to secure a buyer while it was fresh to the market.’
‘She seems to have forgotten that.’ Says T gloomily.

They always do, I think before adding. ‘And secondly it’s a ground floor flat in a 1960’s built block.’
‘Nobody who wants a flat wants ground floor.’ Confirms T, before adding. ‘Unless it’s really cheap.’
‘Why’s that?’ Questions F. I sometimes wonder if he’s been in some sort of suspended animation for months. Maybe he’ll wake up in his underwear, like Sigourney Weaver in Alien, once we reach our destination?

‘Security you numpty.’ Says T showing more passion than he does come statistics time each week. ‘You can’t even leave your windows open without some low-life trying to get in. Open-plan gardens. Nightmare.’
‘Right.’ Says T haltingly as I try to flush an unsettling image of F’s spindly body, in panties, fused to the head of an extra-terrestrial life form.

‘I would never buy on the ground floor.’ Confirms negotiator S. ‘You’d need bars on the windows and wouldn’t be able to put your washing out without some pervert trying to steal your smalls.’ Not that small, I think unhelpfully, as her chest heaves in indignation.

‘Yeh but you could sit out,’ presses F doggedly. ‘Have a barbeque and stuff.’
F has clearly learnt nothing. He’s done viewings on similar blocks where busybody block chairman with nothing better to do, are forever pinning up petty rules and regulations on the communal message board. I try and stand in front of them on viewings.

‘Someone would complain for sure.’ Confirms T. ‘And who’d want a barbeque when all the crumblies upstairs are watching and judging, out their windows?’
‘So it’ll never sell then?’ Questions F, brow furrowed.
‘Everything sells at the right price.’ I tell him. ‘Even a draughty ground floor, characterless 1960’s box, with all electric heating, short lease, crippling maintenance, rising ground rent, minimal security and a flat roof.’ My pronouncement bounces around the office for a while, as M waddles back in with something sweet in his mouth.

‘What are you going to tell her then?’ Asks S gently, after the full gravity of the situation has sunk in.
‘Find a rich man?’ Suggests M unhelpfully, cascade of castor sugar spewing onto the carpet.
‘All the good men are married or gay.’ Slurs lettings floozy B, from her desk.

‘Another advert?’ Mocks T when I put the phone down after speaking to a troubled Miss Anderson.
‘She can’t afford to come down any more and pay our fee.’ I counter lamely. I decide not to mention the negative equity issue, as she re-mortgaged with M a few years ago.

Beam me up Scotty.
Posted by secret agent at 6:17 PM

Preciousmetalsnews said...
This comment has been removed by a blog administrator.
9:06 AM