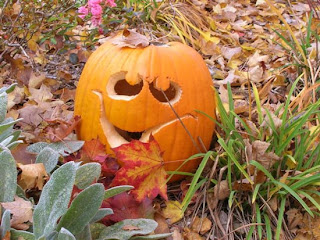 Condensation shrouds the car as I trudge towards it and blip the remote with all the enthusiasm of a condemned man who’s been given the wrong menu. The sun isn’t above the horizon properly and I have to spend several minutes clearing the water, running the engine and rubbing at the inner screen with a chamois pad. The can of de-icer that’s been rolling around the glove box will be needed before too long.

‘Cheer up, it might never happen.’ Had been my wife’s jocular departing gift as I left the house. Telling her that was my deep-seated fear wouldn’t have been in the spirit of things. I’ve sold too many matrimonial homes to want to encourage discourse that will only end in disappointment and a counsellor’s bill – or worse still a lawyer’s. I’ll leave opening cans of worms to fishermen.

Traditionally the autumn months generate an upswing in housing market activity, but with economic uncertainty stalking organisations and individuals alike I’ve a feeling my melancholy feelings catch the mood of a nation. Then as I hit the first bank of red brake lights my mobile phone jangles.

It’s the bean counter boss, his name flashing irksomely on my mobile screen. Of course I’ve forgotten to plug the absurd looking Bluetooth adapter into my ear. His call before I’ve even arrived at work borders on harassment and for a moment I long to ignore it. Then for another fleeting second an absurd fantasy involving a brief exchange, with me spitting the words f**k off as an abrasive resignation, holds sway. Instead I check for police cars then pick up.

‘I’ve just been studying your management accounts.’ Begins the charmless figure fiddler. Clearly he has nothing better to do and fleetingly I wonder if he sleeps as poorly as I do nowadays, but he’s ploughing on. Something I’m not about to do as the traffic is gridlocked despite the ungodly hour.

‘We need to do something about your cost base.’ He dribbles irritatingly. Get your cost centre charges off my debit column? I yearn to say, but I suspect he’s missed that potential saving.
‘And the income projections aren’t satisfactory.’ He continues, as the woman in the car alongside me scowls my way and nods officiously towards my handset in a condemnation of my rule breaking. I’m going nowhere literally and figuratively so I ignore her. I’d love to give her the finger – figuratively this time – but I’d only end up on her doorstep clutching my clipboard later, knowing my luck.

My boss’s whining criticism is still ringing in my ears as I traverse the park and notice the leaves are starting to turn and tumble. I’d hoped not to be here for another autumn but as I’ve still not bought that guitar and publishing is probably going the way of recorded music anyway, I’ve got to flog a few more homes.

‘It’ll be dark when we come and dark when we leave soon.’ Grumbles assistant manager T as lettings lush B stumbles through the door dishevelled.
‘I quite like this time of year.’ Chirrups negotiator S breezily. It’s just as well she’s good at her job and has the most stupendous tits, or I could tire of her some days.

‘Season of mists and mellow fruitfulness.’ I announce to the assembled crowd without really thinking about it. I’m rewarded with blank looks all round until trainee F says.
‘That’ll probably be car pollution and those whiffy bins round the back of the take away.’
I’m wasted here.

‘So I’ve heard this is a good time of year to sell.’ Suggests a potential vendor – fortunately not the woman from the next-door car – later in the day. I’m not sure where she’s got that nugget from, it might apply in historical terms but with newly offered properties flooding the market faster than a Pakistani village relocates the forecast is not in her favour.

‘You don’t seem very optimistic.’ Accuses the woman after I’ve pitched a price and time scale somewhere close to reality. And I realise I’ve committed the cardinal sales sin of being too truthful. Quick correction and a fee cut later and she’s smiling.

I hope she still likes me come the spring.
Posted by secret agent at 7:59 AM

Looks like the market is dipping...Im about to move up the property ladder. Big £300k mortgage! Perhaps I should wait a while.....

Spoke to my solicitor today, who says that normally you only realise, looking back, that prices have been sliding for the past few months. However, he says in the last 3 weeks he's watched his local market start to fall quite significantly - and this in one of those upmarket places which is "different".

His account goes thus: Mr has realised that he is likely/certain to be made redundant next April. Mrs will probably hold on to her job. Their plan is, downsize substantially now, whilst he still has a job to list on the mortgage application form, and then hope that they can keep the payments up even when he no longer has any significant income. But that means selling their existing home ASAP for AMAP - but the time factor is even more important than the price. They can't wait until he has his redundancy notice.

This is the North East, and I suspect that house prices will only not fall substantially if the market seizes up altogether.

I think prices have a way to drop but I'm not not buying for that reason, you could get a pretty low rate fixed interest mortgage at the moment, so difficult to see the advantage of a cheaper house with a higher interest rate....Biggest issue for me is if you get the bullet at work then you can't move due to being unable to sell the house then your job opportunities are very limited. Keeping in employment should be a high priority.