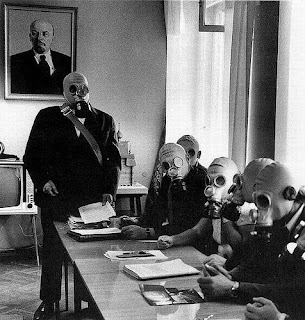 In early - it’s a habit I’ll never shake, not even with Olympian levels of disillusionment – to set up for the day. I kind of like the quiet period before the phones start ringing and I have to pretend to sympathise with whoever is ringing in sick. If you can pick up the phone you can get to the office, surely?

With the fastidiousness of a pedant, I scan the office diary tutting out loud at the badly clustered appointments, before growling in dissatisfaction as I note the gaping expanses in the comments and feedback section of the viewing book. By the time the postman pops his head round the door I’m ready to kill something. It’s not healthy.

‘Plenty of brown one’s today.’ Quips the postman whose seemingly simplistic job I yearn after some mornings, until it pisses down with rain and I remember my bad back.
‘Get plenty of brown one’s most days.’ I tell him dryly. He misses the point, probably proving why he’s a postman - then thrusts a registered envelope at me.

Signing for a piece of post is never a good thing. In the office, it certainly won’t be a gift of any value. Experience tells me it’ll be something nasty. Probably not a letter bomb, but possibly something just as incendiary. A solicitor threatening legal action perhaps? A subpoena for a court date on a fee dispute, or maybe even my old friends at the Trading Standards Office with another spurious property misdescription investigation that they feel is the crime of the century, but is more likely to just be someone mistyping a measurement.

‘Friggin accounts.’ I spit towards the overhead lighting as I see the curt threat of legal action a supplier has been reduced to, all because some numpty at head office has failed to push the right piece of paper in the right direction. In time gone by I could have sanctioned the payment myself and ensured a local relationship wasn’t sullied by cost cutting and incompetence, but I’m no longer allowed. The bean counter boss has a lot to answer for.

Brief echoing rant vented to the office void, last expletive bouncing back of the filing cabinet like a ricochet, I move to open my emails. Down they scroll, on and on, each one demanding a response, few of any merit whatsoever. If only you could put that particular genie back in its lamp, that really would be progress. Then my eye catches the latest missive from the arse-coverers at HQ. Operating procedure in the event of a terrorist attack.

‘Run like F**k?’ Posits assistant manager T as I raise the issue at the end of my morning meeting, then hand out the reams of verbiage I’ve had to print off. So much for saving the planet.
‘Not the right option, or the right language.’ I chide sniffily. Apparently there’s a new law coming down the pipe that allows employees to extort compensation or retribution of some kind, if a fellow staff member so much as hints at something that might offend their tender disposition. Swearing, badly conceived jokes and sexual innuendo in the office are all to be halted. Not much point in coming in then.

‘Evacuate the building?’ Offers mortgage man mountain M before lumbering to his feet and informing the assembly he too is about to evacuate. Terrific, I won’t be able to get near the gents’ toilet for at least another hour. Now there is a weapon of mass destruction.

‘They are hardly likely to want to blow up an estate agents office are they?’ Questions negotiator S, naively.
‘Not unless they’ve just lost a contract race.’ Suggests T wryly.
He has a point. We’re probably more in danger from disgruntled buyers or sellers than religious fanatics. I’ve had a few threats over the years and at least one flying piece of furniture, but no bombs yet.

‘There’d be nowhere to run to.’ Suggest lettings tramp B. Not in those heels I think uncharitably. ‘Best just grab someone for a last shag.’ She concludes, to an awkward silence. One not helped by S catching my eye to our mutual discomfort.

I voted. Not really worth the comment - apart from the fact that I was the only one - knowing we're alone doesn't stop my enjoyment though ;)

She was hoping you'd put B in her place; you were hoping for a fortuitous bomb threat. What a contrast of desires!

Minus 3.6% on property values? Halifax like most lender's surveys tends to be drawn from a very narrow set of data. Just as likely to go up next time. Overall trend according to my survey? Down.
S.A.

Really is incredible the e-mails you get from people with nothing better to do. How companies can afford to pay people to send such idiotic e-mails as what emergency action to take is beyond me. Common sense is all you need to know what to do.

"Common sense"? Not necessarily - it can lead people into running like F**k, as the man said, which isn't always the best answer. For one thing, it implies that it's obvious which way to run.

I still remember the story from the 7/7 bombings of the people who came out of one carriage and could only get away by walking down the tunnel to the next tube. So they had to walk in near darkness between live rails. They made it, led by a driver who kept his head and made sure that no one ran straight on to the rails.

That was "common sense", but not the sort of thing that an ordinary passenger might have thought of in the minutes after the real and mind-numbing experience of suicide bombing.

Good idea to have an emergency plan of action - not just in case of terrorism, but fire, flood and the sudden collapse of badly maintained buildings.

Or the collapse of housing markets, come to think of it.