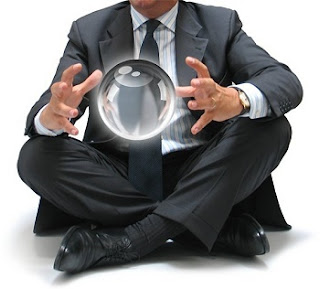 Negotiator S comes to see me, a worried look etched across her pretty face – her breasts still look perky though. I beckon her in to my office quickly curtailing the phone call to another colleague. The griping about the market can wait until another day.

‘I’ve got a problem.’ She begins huskily as I try to look her in the eye. A sexual harassment complaint - imagined or otherwise - to the harridans in human resources isn’t going to enhance my already flimsy career prospects. The pen pushers view discrimination or intimidation claims as a guilty offence, unless you can prove otherwise. And as we all know proving a negative is notoriously difficult.

As gently and professionally as possible I coax the issue from her, hoping against hope she’d not going to announce she’s pregnant. I don’t think I have it in me – despite years of thespian-like training – to feign delight at another female staff members “happy news”. Fortunately she’s talking business not babies.

‘This chain,’ she begins suppressing what looks like a heaving great sob, but just turns out to be a distracting jiggle in the chest department. I wish I wasn’t so shallow but I guess I’d have drowned by now otherwise. ‘It’s doing my head in.’
‘Tell me about it,’ I soothe wondering absurdly if I can comfort her in a more tactile way, then dismissing it out of hand. ‘I can’t believe it’s something I haven’t had before.’ I continue, oracle-like.

And it’s true. The longevity in the job, far outstripping most of the flashy-suited wide-boys and girls who flit through the industry before finding something more lucrative and likeable (drugs or prostitution probably), stands me in good stead occasionally. The bean counter boss doesn’t seem to recognise the ability greatly though, particularly when the league tables are circulated.

S has been nursing – appropriately – a chain of three sales we are involved in, the trio, part of a wider and nightmarish link of seven, with a struggling, and endangered first time buyer at the start and a belligerent emigrant at the top. One who has taken to issuing increasingly vocal and unreasonable ultimatums so he can be in some Far East location to select a new partner and property, like yesterday. I don’t know why he doesn’t just use the internet like everyone else.

As ever, with property, emotions run high. People are getting twitchy over missing mortgage offers, spurious unexercised rights of way, and pernickety solicitors asking for last-minute deeds of variation on arcane leases. Typical day then.
‘Now someone is demanding a price reduction,’ wavers S. ‘And there’s a mad woman issuing threats about carpets, curtains and completion dates.’

There’s always a mad woman, I ache to say, but decide not to. It might also be construed as sexist – albeit accurate. Laboriously I pick through S’s file notes, trying to identify the weak points, trying to highlight where someone may give a little without the whole linked transaction collapsing like a Chinese tower block in a tremor. It’s a skilled and nuance-filled art negotiating, one not entirely appreciated by the bill-payer. The reality though, is that if we don’t keep the transaction on course we earn nothing. Zip. Nada.
Ninety minutes later, with approaching double-figures in phone calls to buyers, sellers, their agents and advisors the deal is back on track. The pervert at the top of the chain has issued another grudgingly given extension – something I suspect he needs – a price reduction has been agreed and passed down the chain to the impoverished starter home buyers, and we are all moving to an exchange of contracts in another week. It might even happen.

‘I can’t thank you enough.’ Breathes S seductively and a self-destructive inner voice rises up like reflux, and I have to almost physically stop myself from saying. I suppose a shag is out of the question? Instead, I utter a platitude about experience sometimes being a valuable commodity and urge S to fire-off confirmation letters before the post goes and before someone changes their mind.

I’m actually quite good at this game. In some ways it’s a shame I’m leaving.

It's a long-term aspiration Idler - a bit like you I suspect. I'll keep you posted.
S.A.

Ah. OK. 'You can check in but you can never leave'. Glad you'll be around a bit longer, it's lonely enough out there already!

better cliffhanger than Eastenders this...

The worst thing is women know what they are doing, and can have a lot of men twisted round their little finger!