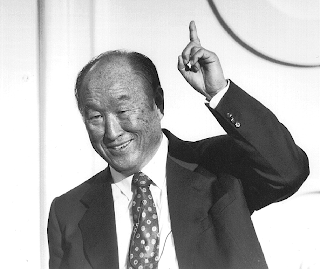 Up pops another industry survey to groans of despair all round. I know property people are pretty much derided by all concerned, but you’d think we’d draw the line at self-harm.

‘What are they thinking of?’ Grumbles assistant manager T morosely. ‘They are supposed to be on our side.’
He has a point. The Rightmove site was originally set-up and funded by the big corporate estate agencies, before welcoming independents too – at a cost. In some circles the website host is given an alternative nomenclature by replacing Right with something less savoury you’d rather not step in. But in truth surveys, like all statistics, can be made to be whatever the recipient wants.

‘What I don’t get,’ begins idiot savant trainee F, to audible sighs. ‘Is they say average asking prices are falling.’ And he hesitates as we wait for the pearl of wisdom. ‘But surely what really matters are selling prices.’ For a moment all we can hear is the hum of the air-conditioning before one-by-one we all nod in agreement.
‘Yeh.’ Concedes negotiator S with a nod of her head and an affirmation from her yet to be falling chest. ‘But the Land registry data is three months out of date before anyone gets it.’

‘It’s all bollocks.’ Contributes vast mortgage man M as he sways past the desk, pendulous man-boobs, belly and yes, bollocks too probably, moving in a blubbery synchronicity. ‘Now all the surveyors will be down-valuing every sale price just because they are frightened of their own shadows.’
‘And every buyer will want to re-negotiate the price because they think they’re paying too much.’ Adds T grimly.

It’s all true, human nature being what it is and buyers and sellers being herd beasts by default. The trouble is, as soon as another survey suggest prices are rallying, the boot switches to the other foot and the vendors start wanting more money because they think they’ve undersold, claiming everything they look at is too highly priced compared to the bargain they’ve just agreed to flog.

‘It was a lot better when we were all in the dark and had to guess values.’ Concludes M before waddling towards the kitchen and a sugar infusion.
‘Was it?’ Asks S sweetly, looking at me with what might be affection, but equally pity for my longevity in the role.

The data available to agents, valuers, buyers and sellers alike is mind boggling compared to the old, see if you’ve sold something similar in the last six months, then stick your finger in the air method. But sometimes you can have too much information. At the end of the day as long as you buy and sell in the same market and the chain doesn’t drag on too long, it really doesn’t matter.

‘What exactly does swings and roundabouts mean?’ Quizzes F, back to wince-inducing stupidity levels. I try to explain my theory in words short enough to qualify for the Sun crossword but I’m fighting a losing battle.

‘Swing and roundabouts are where you’ll be working, if the market gets any crappier.’ Pronounces T towards F. ‘The fair is in town soon. You might even get a caravan to live in if you’re lucky.’
‘It’s about the only way any of us will ever be able to afford our own home.’ Offers S with a sad puppy-dog look. The public forget that most agents are in the same predicament as they are when it comes to property ownership. Obviously I’m balanced precariously on the ladder, but if I miss a payment or two I’ll be on the Helter Skelter towards a bumpy landing.

‘Who’ll take the most money off?’ Challenges an unpleasant potential buyer mid afternoon, as he waves a swathe of our details towards S. ‘Only I’ve read prices are coming down. I want a deal if I’m buying.’

It’s entirely the wrong way to go about obtaining the right home, and my own internal survey tells me he’ll be a messer and won’t commit, whatever the discount. Obviously you still have to play the percentages, so I send him out with F and some keys.

It might be the right move.
Posted by secret agent at 6:51 PM

Very accurate the herd mentality that can really depress the property market. These surveys are a bit idiotic though because when you amalgamate a load of figures you by definition take away regional differences.

Chris, it was the same herd mentality of punters, banks and the media that led to the previous boom in prices! Tis human nature

The sheer desperation of many leads them to deny unarguable market corrections, accept or reject research at a whim and swagger around like Gordon Gekko whenever the need grabs them. Not necessarily at the same time though!!! Behind it all are scared people whose plans are falling short of where they think they should be. We, as agents, are often the rude interruption of reality into their lives. No wonder most valuations I do become awkward as I nudge towards putting a price on something. I'm off to become a Buddhist a Communist or Vince Cable. I'll keep you posted.......

The economy is struggling and the government is about to announce massive and unprecedented spending cuts that will effect over half of all workers. That's what's driving prices down.

Its got very little to do with any 'herd mentality'. Its the economy stupid.