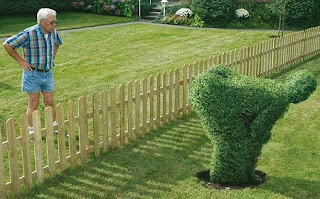 I’m close to running late for my next valuation, something I hate with a passion. When I still felt I could make a difference, and when the company I was working for appeared to appreciate experience and professionalism over short cuts and quick profits, I used to help out the training department with some hard-earned nuggets of wisdom.

Now of course, they no longer ask me and the department is run by a clique of shiny graduate types who have only ever sold their soul. The ubiquitous PowerPoint, dubious value psychometric testing and some nausea inducing role-play scenarios have replaced real world homilies from world-weary home-sellers.

‘There are two types of time.’ I used to inform the audience in what I judged to be an intriguing tone. ‘Next appointment time and waiting time.’ If they were sufficiently engaged by then and not surreptitiously scrolling through their text messages I’d elaborate by reiterating that when you are pressed and running late, traffic and vacillating vendors conspiring against you, the hands on your watch face take on Dr Who-like dimensions. Spinning wildly forward, spooling on past your next appointment before you can even think of asking the office to ring ahead and apologise.

Meanwhile, a potential seller, who has sometimes bothered to tidy away the soiled crockery and underwear, and may even have set out a tea pot and a plate of digestives, has been ready for your visit at least ten minutes ahead of the agreed time. The minutes that on your timepiece are causing the second hand to blur have somehow crawled to slow motion snails pace, for the increasingly annoyed owner. By the time you ship-up ten minutes later than appointed, they have been pacing, checking the window, and cursing, for twenty agonisingly long minutes. If they didn’t like estate agents before, they have a pathological hatred by now. Chances are you’ve lost the business before you even ring the bell.

Negotiator S answers the office phone within three rings and spools off the parroted corporate greeting without seemingly sounding bored or embarrassed. She’s good. She’s also sounding incredibly hot, even hotter than I’m feeling. An absurd idea of boosting our impoverished profit and loss account by setting up an adults only premium line serviced by S, spools unhelpfully through my mind.

‘Hello? Is there anyone there?’ Asks S, as I swallow quickly and identify myself as an experienced and valued senior sales professional, as opposed to a sleazy heavy breather. Hurriedly I ask her to make contact with the owner I’m due to see and to soothe them ahead of my arrival. If she does her job, their irritation at pacing up and down and peering through the curtains will have evaporated by the time I arrive. People can take offence easily where houses are involved, but a little empathy can work wonders.

‘How are the neighbours?’ I ask the pleasantly plump late middle-aged owners. I’d noticed the shared drive as I pulled up and decided with my experience not to risk antagonising next door by presuming to park on it. The seemingly benign couple darken immediately despite the agreeable shaded garden surroundings we’re in.

‘He’s a tosser.’ Confides the husband with unexpected venom, as I sense movement behind the larch lap fencing.
‘And he’s probably listening.’ Adds the wife pointedly, her comment thrown more towards the boundary than myself. Then with a grunt of exertion and a spluttering cough of combustion, a petrol engine buzzes noisily into life.

‘Don’t think that bastard is cutting his lawn.’ Urges the husband as he ushers me indoors. ‘He did that yesterday. He just wants to intimidate us.’ And sure enough as I learn the full extent of the neighbours’ tawdry squabble, the lawnmower buzzes away incessantly. Not moving one inch - just left bang up against the fence. Running.

They’ve fallen out big time over the parking arrangements and a war of attrition is underway. The chances of selling have probably halved and if they’ve put the dispute in writing anywhere it is likely to be unearthed by solicitors’ pre-contract enquiries.

‘Thanks for your advice.’ Offers the husband as I leave, four-stroke still thrumming in the background.

I should write a book.
Posted by secret agent at 6:21 AM

Good neighbours are something it is hard to put a price on, and it is something most buyers never know anything about until they move in. In our street an elderly gentleman up the street brings our bin in each week, we get Christmas cards from our neighbours on both sides, we are so much more lucky than most.