Hot Off The Press - Wednesday 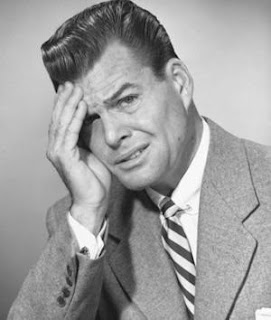 Trainee F pauses by my paper, brow furrowed, before asking exasperated. ‘So just what the hell is going on?
It’s a phrase I’ve heard regularly over my career, most recently at a performance review meeting with the bean counter boss – but more of that another day.

The rest of my team look at F with a mixture of pity and bemusement, but for once the bovine-brained buffoon has a point. Splashed across the front page is an article predicting major meltdown for the economy in general and the property market in particular. Less than two weeks ago a rival paper had forecast price rises of up to 20%. For once F has asked a salient question.

Like short-lived media personalities, the propensity to talk someone or something up, only to gleefully drag the subject matter back down again seems endemic. I can join in with the rest of the mob when it’s some semi-naked bimbo – male or female – who is being trashed, but when it’s my livelihood I get a little pissy.

‘Take it all with a pinch of salt.’ I tell F with the wisdom of experience and a vapid get out of jail free phrase.
‘So the market isn’t going to crash?’ Asks F querulously.
‘He didn’t say that.’ Contributes assistant manager T grimly.
‘Well they seem to think we’re heading for trouble.’ Counters F referring to a recent RICS report.
‘And you believe they know what they’re talking about?’ Laughs T sardonically.

The Royal Institute of Chartered Surveyors is the august body whose latest press release has warned of choppy waters ahead. The surveyors they represent aren’t an estate agents favourite profession, coming slightly above solicitors and well below bankers. The truth is surveyors generally haven’t a clue what something is worth until we tell them the agreed sale price and they lop 5% off for good measure.

A dizzying dollop of déjà vu overwhelms me again and I have to sit down as I realise I’ve been here too many times before. Trying to second guess what the market is doing against a backdrop of contradictory media reports all serving to undermine an already fragile situation. Then in walks one of the aforementioned professionals.

‘Morning troops.’ Announces the surveyor breezily, he either has a skin thicker than mine or is oblivious to the antipathy in the room. To be fair to the man he’s one of the less destructive of his breed and doesn’t carry the nickname “ wrecker”, “spoiler” or “bomber”. That doesn’t mean we have to like him – just pretend.

‘So what do you think?’ Asks the surveyor, handing me the details of a house he’s valuing, one being sold by a rival firm. I begin to subtly undermine the price achieved but he’s already decided on that one. His question is more general.

‘I think price are unsustainable if I’m honest.’ He whispers. I’ve thought that for years, I think privately, but it’s not in my best interests to admit it.
‘There’s a glut of properties coming to the market and a dearth of buyers from what I can see.’ Continues the man, reading my mind unnervingly, before adding. ‘I’m beginning to feel nostalgic about Home Information Packs.’

True, the abolition of the despised packs has helped to boost stock levels, but the supply and demand situation has never been in balance since I joined the industry. It’s just a question of whether the buyers are shafting the sellers, or the other way round. As if to confirm it a sour-faced woman walks through the door clutching her survey report.

‘I wasn’t aware of all this work that needed doing.’ She whines using the report as a bargaining tool to reduce the price she agreed to pay three weeks ago. ‘And of course the market is falling now.’ She adds, before showing me the Energy Performance Certificate she ignored when pleading with me. “Don’t sell it to anyone else. We’ll pay whatever it takes.”

‘It’ll cost me at least £15,000 to double glaze and improve the energy and carbon efficiency.’ She concludes irritatingly.

Should my owners reduce? You tell me – failing that buy a paper.
Posted by secret agent at 7:45 PM

Houseprices will be the last things
on people's minds in a couple of months.

I think price are unsustainable if I’m honest.’ He whispers. I’ve thought that for years, I think privately, but it’s not in my best interests to admit it.

When will property industry people get it...there is business to be made when the market falls - if only everyone would stop ramping the market up they might actually make some money. It's all about volumes, not squeezing £50 extra out of one sale.

Encourage price reductions - follow the market trend. We all know the bubble has burst.
The problem of the past 15 years is that the young agents have never know anything but a rising market. Older agents (like me!) have learned to recognise when it's a buyers/sellers market...and not go against it. You'll end up looking stupid and probably out of business.

I was surprised by Anonymous no. 2's comment. On the face of it he/she, of course, is right: If all agents were able to reduce their stock prices down hugely it would regenerate sales market volumes, be fairer to the next generation, create a higher office turnover and become, frankly, very lucrative. So far, so good.

Try telling 75% of sellers that their home is losing/has lost value. They simply refuse to accept it. This applies especially when you initially value them. Madness! I had one guy completely refusing to accept that prices have fallen since 2007. He won't be using us in a hurry. Or selling, for that matter! Recently some rag ran an article about price growth and a client called in to up his price accordingly. Strangely, he'd never read any articles in 2008/9 when he couldn't sell. We wouldn't do it & he went elsewhere.

Houses are many peoples 'Get out of jail free' cards in life. Their Joker. There to bail them out of life's little problems. Or so they think. The minute you start to introduce reality into their lives is the minute they go to another, less capable agent.

It's right to encourage price reductions. Realistic too. In my experience though, sellers only accept the market has collapsed when they offer on a purchase elsewhere.

I couldn't have said it better myself Idler.
S.A.

Sussex Idler, I agree pretty much with all you say - but what if the NAEA encouraged its members to be realistic? (I heard King on a radio interview the other day and he sounded like a flat-earther...so bullish and in denial!)
Vendors wouldn't then go running to an agent who'd over-valued just to gain the instruction as we'd all be playing to the same 'rules'.
Yes, we're in competition for local business, but gross over-valuation to secure instructions in a market such as will do nothing for the vendor or your business. I grew tired of advertising stock that I knew for a fact wouldn't sell.

You are obviously not a member of RICS yourself. They would drum you out for referring to it as an 'Institute' when it is actually an 'Institution'.

One of the questions they sometimes ask at the APC interview is what does RICS stand for.

Tarred and feathered if you get it wrong!

Anonymous no.2, I think we're agreed. Trouble is, how does one deal with greedy and/or daft vendors choosing daft and/or greedy agents? We all know there's a sizeable number of clients who would pick a sixteen year old work experience kid with a clipboard if he was cheap and over valued accordingly....

Anonymous no.3, you are quite right to pick up SA for his disgraceful error. Just because he makes the effort to post the best property blog there is, at no gain to himself, year in, year out is no excuse for this appalling mistake. You are to be commended, anonymous no.3 for your important and timely intervention.

For the record, SA, an Institution is what YOU are & where, alongside me, you are likely to be spending your final years!!!!

Regardless of what 'virtues' SA may have, he bills himself as a 'Property Professional' with 25 years plus experience.

Given that he probably has dealings week in, week out with RICS (either members or simply reading their inept forecasts on the housing market) getting their name wrong seems a little amateurish.

Perhaps we could agree to disagree on the importance of this point?

Perhaps RICS should add professional to the front of their acronym and then everyone would be happy!

What do you mean anonymous? Land property is the next best way to make money

\You're in for dark days I think. The market as a whole is ludicrously overvalued compared to fundamentals like wages and the cost of living.
Sustained by low interest rates and massive mortgages for the last few years, there really is only one way the market can go now.
In the outer London suburbs where I live, 1930s 3 bed semis have changed hands for 4 hundred, thousand pounds.
Imagine a youngster of say 25 today earning the average wage of 25k. Starting out with just a deposit to buy a flat, by the time he works his way up to that 3 bed semi, he will need a 400k mortgage (less his deposit, plus agents' fees and stamp duty as he moves up the ladder).
If prices inflate as he moves up the ladder, he will need an even bigger mortgage. But, the least he will need (unless prices fall) will be 400k.
Given that at some stage interest rates will rise and that wage inflation is extremely unlikely in our globalized economy, over the next 10 years that 400k semi is going to have to turn into a 200k semi - or we're going to end up in some surreal situation where no-one can afford property.
The banks are not going to be able to repeat their trick of lending non-existent money again by way of tools like Collateralized Debt Obligations and Mortgage Baked Securities. That ship has sailed and nearly brought the banking system to its knees. So it won't be happening again.

Abolishing the HIPS has just increased supply. Probably not the biggest factor in house falls but certainly one of them, the more supply the more prices will fall.