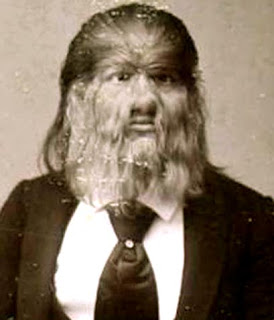 Finish yet another one-sided morning meeting to blank faced apathy. I have a sneaking admiration for stand up comedians, able to expose their soul under the merciless glare of the spotlight. But like some bottom of the bill performer in a rain-swept seaside town theatre, I’m not connecting with my audience.

I’m not expecting hilarity - although a titter from negotiator S might leaven the atmosphere - but some sort of response might be nice. S just smiles benignly at me, idiot trainee F sits with mouth slack enough to catch any insects not deep-chilled by the air conditioning and assistant manager T stares impassively back at me his designer glasses winking under the fluorescents. Even a heckle would be welcome at this stage – some sort of engagement.

‘Anyone got anything to add?’ I finally plead. T’s glasses glint vigorously as he shakes his head in the negative. S begins to gather up her files and F gurns like some sideshow freak in a Victorian travelling show. I had such high hopes at the beginning.

‘I need some more leads.’ Spills forth mortgage man M suppressing a yawn as his vast belly shifts sideways with his movement and the chair creaks alarmingly beneath him. Now I want to heckle, but S is ahead of me.

‘It would help if you rung the one I gave you.’ She snipes acidly.
‘They were out, I left a message.’ Responds M truculently. He’s more convincing when he gobbles up pastries, than punters.
‘I could do with some more landlords.’ Chimes in B from her lettings desk. ‘How about some of your vendors who can’t sell?’

Now there is definitely no chance of levity. B has highlighted a long-running flaw in our office objectives: she wants a market that favours landlords and tenants, whilst I want buyers and sellers to believe that now is the perfect time to commit to ownership. It’s a funny old game.

M and S finish their petulant discourse about what constitutes a red-hot lead. As ever with indifferent salesmen, M is blaming the quality of the introduction for not writing the business rather than his lacklustre closing skills. Of course closing skills are a finely tuned technique, but they start with actually contacting the individual in the first place.

‘Anyway I’ve had to give a fresh undertaking to shift some more Pet Insurance.’ Counters M in a clumsy attempt at a diversionary manoeuvre. Sadly, like a vast oil tanker, he doesn’t change tack that adroitly. It doesn’t really matter because the communal howl of protest sounds like a dying hound of some description - one with its neck being throttled by another red-hot lead.

‘What?’ Pouts M. ‘We haven’t sold any yet.’ I let the clumsy change to a collective term - including the team in his failure – pass, but before I can give my opinion on insuring a flea-bitten animal, T gets there before me.
‘Waste of money paying thirty quid a month for vet’s bill protection.’ He says caustically. ‘Cheaper to just buy another one if they die.’
Annoyingly, T gets the first laugh of the morning.
‘That’s not the attitude.’ Pontificates M, but I can tell his over-worked heart really isn’t in it. He didn’t study and become licensed just to peddle Poodle policies. Our bosses have a lot to answer for.

No sooner have the door chimes finished clanging than I hear a gruff barking begin, followed by a scrabbling of paws on parquet. Something large and salivating is waiting behind the door and as I left M sulking in the office, it’s a safe bet it’s not him.

I hate household pets with a passion, unless they are safely confined in a fish tank – and don’t think I haven’t been tempted. All the creatures want to do the intruder in a suit is cover them with hair, or shag their trouser leg.

I manage to get a surreptitious kick in while the owner is putting the kettle on. As the mutt yelps and slinks away I vaguely wonder if Fido might like a free rubber bone and his initial month’s premium free, but the first sneeze arrives instead.

Still not laughing.
Posted by secret agent at 8:19 PM

Some days are just down days, especially Mondays. If you come into work bright eyed and bushy tailed on a Monday either you love your work or there is something not quite right with you.

Not necessarily true. Once, on my way into work I saw a Celine Dion cd - all scratched up and discarded on the pavement. Sweet enough that I didn't need a sugar in my coffee that morning.

(and It could well have been a Monday.)