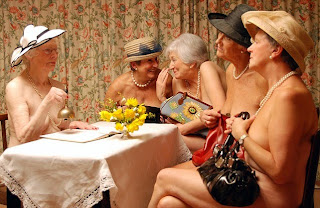 ‘So what do you reckon they want?’ Questions assistant manager T as we head across town, the traffic thicker than ever. I’ve started to tell my children tales of empty motorways and imaginary days out when you would wave cheerily to the odd passing car en-route to a roadside picnic. Where the sound of birds comfortably drowned out the odd passing 1750 HL Maxi with a caravan on the back. Next I’ll be asking passers by to guess my age.

‘Reassurance like everyone else.’ I tell T as some chancer in a Subaru scoots down the bus lane on our inside and I suppress the very real urge to chase after him and make a citizen’s arrest. It would only end in tears.
‘Yeh,’ agrees T with a rueful shrug. ‘We should charge for counselling instead of doing all these friggin’ free no obligation, no point in coming, valuations.’
‘It used to be better.’ I tell him swiftly, but then begin to wonder.

Like the imagined halcyon days of Enid Blyton-style picnics and care-free motoring – which in reality were a bunch of incestuous racists swigging ginger pop and continual breakdowns because some lazy Brummie forgot to fit the carburettor properly – perhaps the public have always jerked us around? It’s just my tolerance has reached capacity.

‘This is a rubbish job after a while.’ Posits T, fastidiously rubbing his designer glasses with a cloth. ‘Once the thrill of the company car, the days all being different, and the buzz of snooping round people’s homes wears off.’ He tails away, then features creased, adds: ‘That didn’t quite come out right.’
‘Welcome to my world.’ I tell him, wondering if he’ll last as long as I have - probably not.

We arrive outside the half-finished building site, hoardings plastered in optimistic architects’ computer-generated impressions of the finished product. The landscaping is a fabrication as are the impossibly young and unfeasibly happy couples shown gazing in wonderment at 500 square foot of overpriced concrete, available over twenty-five years if someone will lend you the money. I’m feeling depressed even before I step in the first gloopy clay-laced puddle.

‘Don’t forget your hard hat.’ Urges T, as he hands me a builder’s lid from the pile marked Site Visitors. As usual the headgear is one of the ill-fitting, inner comfort strap missing, one’s the contractors have rejected. A slew of health and safety warning notices are appended to the screening board. If you read and digested them all you’d stay in bed for the rest of your life nibbling on dried goods.

‘No health and safety notice on these prices.’ I whisper to T as I scan the printed handout the developer has given us before being called away by the foreman, a dust-swathed man with a brow more furrowed than mine. We’re in the site Portacabin, sheets of architects plans pinned round the walls, the unremitting dullness of the elevations only lightened by the welcoming sight of a rarely-now spotted, girlie calendar.

Now those were the golden days when Pirelli did the sought-after photo shoots and before the joyless women in Human Resources banned them along with just about every other activity that made the working day bearable. Pictures of doughty late-middle aged Women’s Institute members with their saggy bits coyly revealed behind pot plants might be ironically post-modern but come March it’s no longer funny. If you want that many wrinkles buy a bloody tortoise.

‘Is that allowed?’ Queries T. For a moment I think he’s referring to the laughable asking prices, figures that are stopping anyone from buying off-plan, but he’s gazing at a nubile young woman on a Caribbean beach, just about wearing a swimsuit. It shows how indoctrinated he’s become and he’s only half a generation behind me. No wonder he thought an Austin Princess was a daddy’s girl from Texas.

‘So,’ begins the developer when he returns, prissy loafer shoes pleasingly mud-spattered. ‘How are you going to shift a few of these units for me?’ The bricklayer’s with their tops off pitch is a non-starter as most of the porky workmen I’ve seen have bigger builder’s backsides than mortgage man M - the price reduction idea isn’t well received either.

Guess I’m not flavour of the month.

Only half a generation difference?

Yes, he's not my love child and although my maths isn't too good I think I'd remember the consummation, if only for rarities sake....
S.A.

Good to be honest on the price, no point in building up people's expectations. Entertaining read!