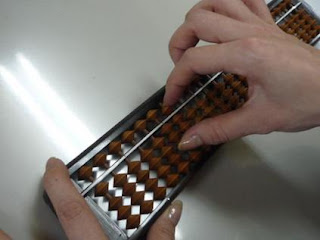 Negotiator S rings my extension and any brief lifting of the spirits is immediately dashed as she announces the bean counter boss is on line three. Like an angry hedgehog – and just as likely to get flattened in an uneven encounter - I’m bristling defensively even before his whiny voice starts grumbling.

Some people, upper-middle management away from the figurative coalface - particularly those who never wielded a pick in the first place – tend to have too much time perusing statistics. Like idle trust fund supported gamblers on a racetrack, they study the form, carp from the sidelines, and then walk away with impunity as someone else’s betting slip of life flutters to the floor.

‘You board penetration is below par.’ Snipes the bean counter, his nasally telephone tone another of a myriad reasons why he’d never cut it at the front line. Estate agents strive to erect as may for sale and sold flag boards as possible. The industry-accepted rule being, this is the cheapest form of advertising you can buy. Weasel-faced accountants with about as much insight into the alchemy of a successful sale pitch as I have about balancing off the books balloon payments, love to flaunt their statistical supremacy.

‘It’s up….’ I begin defensively as I try to work out the percentage change from the last printed list he sent me - and fail miserably. ‘Quite a lot.’
‘Quantify quite a lot.’ Bullies the boss. I can’t be arsed probably isn’t the answer he’s looking for, any more than the very plausible argument that a high number of the flats on my books are in blocks that preclude agents boards in the lease. It’s a well-known fact that many managers fiddle their board numbers. Diminutive rival manager H being amongst the most flagrant offenders.

‘You could try and be a bit more like H.’ Intones the bean counter, apparently without irony. And I want to spit out some poison about dwarves, fabrications and morals, but sometimes you have to know when to hold your tongue, at least you do if you are a salesman. No such problem for those more familiar with calculators than compassion.
‘His success rate is touching eighty percent.’ Purrs the bean counter, as an unwelcome vision of him and H mutually rubbing each other’s abacus pole, elbows into my brain.

‘My average vendor profile excludes a good number of boards.’ I finally bat back, knowing even as I answer, I’ve phrased my defence poorly. ‘What average and what number?’ Comes the cavilling reply. Like an over-promoted chancellor, I haven’t a clue. I’m just hoping the market will bale me out, or that I’ll be gone before they rumble me. Neither is a sustainable policy.

‘Look at that lot.’ I grumble to assistant manager T as we drive to a large valuation, mid-afternoon. We’re passing a high-visibility corner site on the fringe of a popular estate. A small forest of for sale, and even less convincingly, sold boards, sprout from the ill-kept shrubbery. Most of the boards are false and if you interpret the planning laws correctly, all illegal.

Every so often, if someone in the know makes a call to the planning enforcement office the boards will be culled, as if some lone lumberjack has blown through with a chainsaw. But you get tired of ringing anonymously and there are only so many accents one person can perfect. Plus those in glass houses and all that…..

‘We should just whack a few of our boards up then stick them on our stats.’ Argues T. ‘That would keep the bean counter off our back.’
‘One per property,’ I intone impotently. ‘And it must be within the curtilage.’
‘Nobody knows that,’ responds T with a look bordering on derision. ‘And nobody takes any notice. We need to play the game more.’

T is right. And of course he’s wrong too. That’s the paradox. The dilemma every salesman labours with, the pressure to perform, to hit targets, to massage numbers and egos. Eventually even the most blinkered and unimaginative performer realises their must be more to life than a constant shuffling goalpost.

Eventually you get bored.

I have never understood this obsession with board counting - the only thing that matters is completions - but then I am not a corporate!

The beancounter should be drooling over the new RM Competitor Analysis stats!

I've been thinking about this post and the last two paragraphs really do ring true. I've said before that I don't think this job is about 'having what it takes', just the ability to keep going. You come to the point eventually when that becomes an increasing struggle and, very simply, you've seen it all before. And what will happen next. And what will happen after that. I sometimes envy colleagues with that (manufactured) glint in their eye. That is until I realise they're more desperate than I'll ever be. The answer? It's blowing in the wind, alongside H's boards...

Sounds like we've both seen it all before Idler - and we both don't know what else to do other than keep going.
Profound or pathetic?
S.A.

Nothing worse than bean counters harassing you that have no experience of it at the coal face. In most companies there is to a greater or lesser degree animosity between sales and accounts.