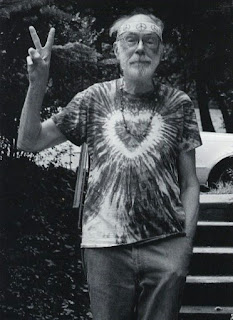 ‘I’ve got a valuation for you.’ Announces trainee F proudly. I should be happy. F certainly is. He has that excited, pleased with himself look, a dopey dog might wear having dug something recently buried from the garden. Sadly with F’s dubious track record I have a feeling the appointment will not turn out to be a motivated seller with realistic price and fee expectations. Chances are they’ll be a completely different kind of animal. The property equivalent of a canine exhumed pet rabbit.

‘They’ve been trying to sell privately?’ I quiz crabbily. ‘Great. Cheapskates with blinkers on value and a padlock on their purse.’ It’s not a gracious response and even as I utter it, I can recognise the poor managerial empathy I’m exhibiting. But knowing something is wrong and actually doing something about it are two different things entirely.

The trouble is I’ve been doing this job too long. I’ve come across just about every human trait that exists. And the less admirable ones only seem to be magnified by the fraught moving process. The couple I’m going to see with F later have already manifested in my brain. It’s another basic error to pre-judge before you meet a potential client and I’m fighting the desire to pigeonhole, but a vision of a pernickety public servant, with too many recycling bins, a frumpy humourless wife and a home made for sale board slumping drunkenly in the garden, are swimming before me.

‘You really hate people who sell privately.’ Says F as we turn into the street in question a few hours later. ‘More dislike.’ I correct pedantically, but in truth he’s not that wide of the mark. I would imagine if you were a train driver, or an airline pilot, you’d be pretty pissed too if some bumptious amateur who thought they understood signals and cross-winds, tried to petulantly snatch the controls away from you and threatened your livelihood.

Statistically those selling privately have a greater risk of their sales falling through. If I’m involved in a chain where someone is flogging their home themselves, straight away I’m wary. It’s a self-preservation thing for both my client and myself. All my efforts can evaporate thanks to some penny-pinching prat who doesn’t know how to solve a deed of variation, a damp proofing problem, or a mortgage down-valuation. Peanuts and monkeys – dead pets and garden graveyards.

‘There you go.’ I announce prissily to F as we park outside the target property and see a home made for sale flag in the front garden, fashioned from what looks suspiciously like one of our rivals’ stolen boards. ‘Five pound says he’s a teacher and she works for the local council.’
‘How did you know?’ Asks F incredulously, stopping short of taking my outstretched hand and paying for my next coffee. Preparation and information. Basic sales skills.

‘He has tried one of those cheap on-line websites.’ Reminds F vacantly, as we traipse towards the door. ‘But he feels he wasted his money.’
‘He would do.’ I confirm smugly. ‘You get what you pay for.’ And I ring the bell. It’s a sickly classical chime I vaguely recognise. ‘Caveat Emptor.’ I tell F with a hint of pomposity and he frowns before asking:
‘Like the suits?’

It’s only as the door opens and a weasel-faced man with a goatee beard appears, that I realise F meant, Emporio Armani. I don’t know whether to laugh or cry. Sobbing seems appropriate as the dowdy wife pokes her head round the kitchen door and reminds her husband loudly.
‘Tell them we won’t pay any more than 1.0%. I don’t know what they do for all that money.’

‘I can’t belief you told them you didn’t want to list it.’ Says F incredulously as I drive away with a hollow victory and pleasingly spy the teacher trying to right the lop-sided private board, in my rear view mirror.
‘Right price, right fee or we’re wasting our time.’ I tell F a little smugly, before adding. ‘Carpe Diem.’

I know it wasn’t ideal. But F thought it involved a dead fish, so nobody is any the wiser.
Posted by secret agent at 7:39 AM

There's a certain satisfaction in refusing to take on some properties.

The Americans have a suitable expression -

Life is best if you are:
1st Child
2nd Spouse
3rd Realtor

There is indeed a certain satisfaction - although it doesn't pay the bills. Love the American expression by the way, I'm often third realtor....
S.A.

Yeah sometimes you need to choose your clients wisely, it needs to be something that works for both sides.