Four Seasons In One Day - Tuesday 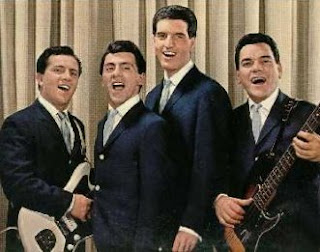 Two cars on the drive, expensive matching road bikes in the double garage and a blue Conservative party sticker in the window. No surprises so far, I think, bearing in mind the area. We do the walkthrough of the house and the conversation turns to the forthcoming general election.

Now this is shifting ground for the salesman. An opinion of the wrong political hue could cost business, so I’m usually looking for signals in order to adjust my stance to match the owner’s leanings. In this case I just have to look at the poster in the lounge.

‘I’ve got no choice of course,’ Opines the husband as his wife parrots her agreement. ‘Got to protect my position.’ Me too, I think, as I pitch for the instruction and the man prevaricates over the usual asking price/fee conundrum. Before throwing up the uncertainty of just who will be governing shortly – and what their housing policies will be.

‘One thing’s for sure.’ Continues the man after I’ve tried in vain to explain the dubious benefits of the wretched Home Information Pack. ‘If the Tories get in they’ll scrap that nonsense.’

An hour later and I’m outside a terraced house in the cheaper part of town. Net curtains, satellite dish on the front elevation and a red Labour supporter’s flag in the tiny front garden where my For Sale board hopes to go.

‘Who are you leaning towards?’ Asks the wife directly, as we all sit in the front room and a brass carriage clock on the mantelpiece chimes portentously. It’s a question I wanted to ask her, knowing at least two other agents have been in before me. I obfuscate a little, but leave the impression - albeit unspoken – that I’ll be supporting their chosen party. They do something similar when I ask for the instruction.

‘We’ll wait until the dust settles.’ Says the husband apologetically, as I spot a copy of the Daily Mirror on the sideboard. ‘We’re both in the public sector see,’ he continues, feeling the need to explain where his more assertive wife hadn’t. ‘We might be in for a tough time if the wrong lot get in.’

Funnily enough, those were the exact words potential vendor number one - with the underused garage - muttered earlier. I drive away thwarted, my conversion ratio taking another unwelcome hit.

I’m swinging like a weather-vain in a hurricane, along with several million others. Perplexingly, I’ve lusted after multi-million pound homes and repossessed ex-local authority ones. If we have a good year and I’m still employed I want to hang on to as much income as possible. But if the bean counter boss terminates me with lethal force, I’d be rather glad of a comforting government safety net.

Then I arrive at the Liberal Democrat house. Symmetrically arranged yellow sticker by the front door, solar panels on the roof that will take longer in payback time than the mortgage, and colour co-ordinated recycling bins by the side gate.

‘It’s time for a change.’ Expounds the woman, partner not in sight. She’s probably a teacher, soft touchy-feely subject at a guess. No vivisection of animals involved. ‘This crazy tit-for-tat politics has to end.’ She continues, thinking I’m on board. Thinking I might need a lift to the polling station - when all I want is a 2.0% + VAT sole agency.

‘We’re just ordinary British working class. Nobody is standing up for us.’ Explains the last couple I’m sat with. The parody of a Union jack they were displaying in the window made me bristle when I arrived, something I quickly hid when the door opened. But as it transpires they seem quite a reasonable couple. Just overtaken by time and a changing world. I’m not even sure who the bigot is.

‘Any luck?’ Asks assistant manger T pointedly when I arrive back at the office, drained. People aren’t making their minds up. If I could understand the mechanics I’d create one of those indecipherable four-way graphs, with more Axis than a Nazi pact-maker.

‘We’ll have to wait and see.’ I respond limply. ‘ Nobody has decided yet.’

Funnily enough - neither have I.
Posted by secret agent at 7:33 PM

Been enjoying your posts for over a year but surely this is apocryphal. You suggest going to 4 homes in succession, all with posters in the window!? I've seen only a few in my whole town, and this is one of the famous 'marginals.'

Of course it's apocryphal, anonymous. I had to do a weeks diary for a paper recently and that was a struggle!!! Heaven knows how the S.A keeps going! Surely that bit about the public sector workers living in the small house was untrue though? (Only joking) I liked the safety net/maximising personal income line. Very honest!

"Poring over the morning paper trying to make head or tail of what it all means, Trainee F predictably comes out with the first and most stupid question..."