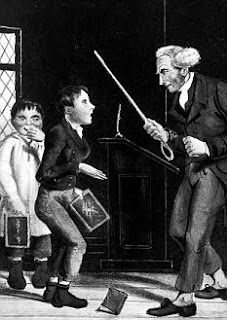 So I’m back at the cheap-rate chain hotel for my one-to-one with the bean counter boss. The traffic barrier allows me in easily enough it’s getting out unscathed that’s the hard bit. Parking up, I see not only the boss’s top-of-the range German motor but my vertically challenged rival manager H’s superior car, parked alongside. Fleetingly I wonder if they’ve finally booked a room for their mutual love-in. Unwanted visions of who goes on top and inappropriate use of the beads from an abacus, flash by, before I realise H is probably just having his appraisal before me.

Terrific, I think crabbily, it’ll be the fiscal equivalent of a third rate warm-up man following Ricky Gervais, as the cameras cut to a commercial break. Only I’m not expecting any laughter - not even a sympathy titter.

The reception area has all the ambience of an abattoir as I scan the inappropriately named “welcome” board, hoping to avoid the fractured English of the two bored looking eastern European reception girls, with matching peroxide hair. Half an inch of dark roots showing in tandem, as they sullenly checkout a line of dishevelled travelling businessmen. The men have that glazed, all hope gone look, that only fitful nights sleep in over-heated hotel rooms, and days chasing unachievable sales targets, eating motorway service station sandwiches on your lap, can bring. I feel a connection.

I spot our company name, amusingly miss-spelt, unless one of the peg-in letters has dropped off. Either way it’s a sign. Not a very well constructed one, but a sign nevertheless. Wearier already, than the shuffling line of over-nighter reps waiting to have their bills presented and to plead a case for a separate invoice for the adult film they booked in priapic desperation in the small hours, I head for the conference rooms.

As I sit outside like a patient awaiting bad news from a specialist, the door springs open and H skips out, all stack-heeled perkiness. He stops short of blowing a kiss back into the room and informs the bean counter I’m sitting outside. A curt instruction to wait a few minutes is issued and I hope H will be on his way. Of course it’s a forlorn wish.

‘So,’ he begins huskily. ‘Are you in for another shafting?’ And the sexual connotations I was trying to vanquish just get seedier and more minority interest.
I mutter a riposte-by-numbers reply, but H hasn’t finished by a long chalk. Supposedly, an experienced salesman should develop a thickening skin to match his waist, but if anything I’m even more sensitive than when I started. Shoulders sloping, carrying more weight than a Grand National favourite.

‘He’s in a pretty good mood mate, after my sales figures.’ Crows H nauseatingly, as I suppress the urge to just punch him in the face and leave with dignity. Only I know I’d have to queue sheepishly for one of those exit barrier tokens while the ambulance took priority in the car park.

‘I’m just more driven than you.’ Smirks H before exiting, leaving the faint aroma of cloying aftershave and the smell of smug. The line about him needing a chauffeur because he probably can’t reach the pedals of his Gold Club top-spec car, only comes to me after he’s gone.

I clearly don’t have what it takes any more. At least that’s what the spreadsheets are saying. The sort of single-minded amorality that allows you to jettison buyers, vendors and colleagues needs alike, in pursuit of the year-end bonus pot. H admitted to me once, he has never finished a book, cover-to-cover, only interested in reading commission statements and league tables. I’d feel sorry for him if I could afford to.

Requisite time elapsed I tap the door and prepare to get figuratively raped again.
‘Come.’ Instructs the bean counter ominously.

Every now and then I come across people like H and I wonder what their home lives are like. What would it be like to be so totally selfish in the literal sense, so self-absorbed and self-obsessed? I suspect their souls are shrivelled and diseased, behind a facade of success and self-importance. Only they are too stupid to realise it. Life is wasted on such people.

You're in the wrong business but it's a sh!te world and if anything it's getting worse as the hamster wheel spins faster and faster so greedy gits like H can keep getting their fiscal hand-jobs, if you'll pardon the expression.

I'm becoming increasingly convinced that 'having what it takes' means 'the ability to keep going' year after year. As for the meeting with The Bean Counter.........If you can meet with Triumph & Disaster and treat those two impostors just the same etc etc.

I liked & agreed with Clare's comments.

Anon. Connells? That would be telling - so much more fun to guess.
Clare. Very much agree, people like H might win on a superficial level, but they lose on just about every ether measure.
Idler. H's blog would be very short.
S.A.