Look Before You Leap - Monday 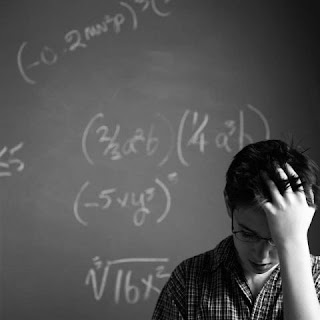 En-route to a meeting with the bean counter boss, my stomach continues to do that churning washing machine rinse cycle thing. It’s been doing it since the early hours of the morning, as it always does before a difficult appointment, or a fractious business meeting. I sometimes wonder – like we all do I guess – if I’m really cut out for my chosen career. But then who, other than the ridiculously focused, or parent-prodded prodigies, ever really know what they want to do? At least at the start.

Perhaps it’s just me? But the nagging voice urging you to ditch the job you’ve come to despise, to jettison mortgage, responsibilities, relationships even, seems to grow in volume with each passing year, and each building sense of failure a target-driven workplace inevitably heaps upon you. Then I see the fascia going up.

‘Tosser.’ I growl in the direction of the A2 shop unit. ‘You’ll not last eighteen months in this part of town.’ A contact in a commercial agency warned me another new competitor had signed the lease several months ago, but a lack of activity, an uncertain marketplace and the internal belief that, like me over the years, the nascent entrepreneur had suffered a failure of nerve, had led me to think the project was still-born.

As I slow down and rubberneck the premises, a twinge of long-suppressed envy shivers through my soul, then I see the young buck – late twenties at a guess – stepping proudly into the street to look up at his name being hoisted above the whitewashed window - and I know my job is to destroy him.

‘I could have done that too.’ I mutter to the headlining, where I notice a strange mark has appeared above the passenger seat and I wonder just what the hell that idiot F, my moronic trainee, has been doing in my car when he borrowed it and disappeared for an hour longer than the appointments should have lasted. Back on track, I accelerate away to my performance review meeting, acidy-wash of regret burbling uncomfortably in my gut.

Maybe the soon-to-be competitor didn’t spend as long wrestling with his business plan as I did. Perhaps he didn’t read the forebodingly austere books from the bank, double-check the indemnities, and peruse the lease and lack of break clauses until he felt like puking with anxiety. Could it be that he doesn’t have family responsibilities and is as single-minded as a would-be Olympian? Prepared to sacrifice everything and everyone to achieve a goal. ‘Nah, you’re just too stupid to think it through.’ I tell the empty car sourly, as I see myself framed in the rear-view mirror, a picture of thwarted ambition. It’s not a good look.

That maths teacher will haunt me until the grave. It’s the figures I fear. A problem rooted back in time. A problem I’m about to face again in thirty minutes, the office performance tables on the seat beside me. A seat F has clearly been doing something unsavoury - requiring weirdness and wet-wipes - in.

And instead of driving through traffic-choked streets, growling at other agents for sale boards like some stir-crazy, flea-bitten, caged lion, I’m returned to third floor classroom. I’m too far back and too vain to have an eye test, and the fog of incomprehension is swirling around me until, like a claustrophobic locked in an under-stairs cupboard, I just want to scream.
Of course I don’t, I just bluff, like I’ve always done. Pretend I’m getting it, like the two geeky kids in the front row who’d happily tongue the chalk-inscribed algebra formulas from the blackboard, given the chance. I can’t remember their names but they are probably company CEOs by now. Platinum-card-carrying figure-fornicators.

‘I could have done it.’ I say unconvincingly, as the red lights force me back to the present. You over-thought it, snipes the inner voice. Choked like a first time skydiver at the aircraft exit door. ‘I wasn’t sure I folded the chute properly and that twat F probably packed the reserve.’ Uncomfortably, I realise I’ve said the last bit out loud.