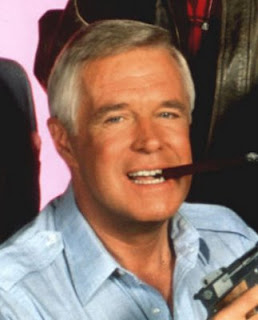 In my car, back grumbling more than the slightly deranged types phoning-in on the radio show I’m listening to, awaiting a viewing.

Always best to get to a property early. To open windows, flush floaters, move underwear from radiators. Shift bin bags and beggars. There’s more to this game than people think. But in this case, I’m waiting below a prestigious purpose-built block to allow access to the gated community, when the potential buyers arrive. I know it will be immaculate upstairs, that’s a given.

I skipped out of the building on cloud nine a few weeks ago when I won the appointment. I was as certain as you can be that, barring catastrophe, a fee was coming my way. The views up top are spectacular - I’ve described them more fulsomely in the property particulars, but I can’t betray too many confidences on-line. And the owners, an unusually pleasant self-made couple, listened to my advice and didn’t quibble on the fee.

‘You do a good job on this and we’ll pay what it takes.’ Concluded the man after my extended sales pitch. His wife was nodding in agreement, and despite scanning the walls for hidden cameras and half expecting a modern day Jeremy Beadle to jump out from behind the soft furnishings with a clipboard and a camera crew, they were genuine. A rarity, that made me more determined than ever to do a good job.

What a lot of people forget, is the owner pays us and the buyer gives jack-all. Unless we’ve wheeled them into portly mortgage purveyor M, who when he isn’t stuffing his face, can stitch-up better than an Asian seamstress. I want a good price, from a genuine buyer, someone who performs and doesn’t prevaricate. Then the first car arrives.

Having blipped the remote unit, I go to greet the mid-thirties stunner who is unfolding legs longer than a racehorse, from the convertible. She offers her hand like minor royalty, as I take in the designer clothes, the layered and coloured hair cut that probably cost more then trainee F earns in a week, and the totally impractical, f**k-me-now, heels.

Her eyes are colder than a north sea cod’s, but I know she’ll light up when she gets upstairs. As it happens they do before that, as her partner - personal not business – arrives outside the gate. Cherished number plate and a Maserati. Already I dislike him, but that has to be masked more effectively than a horror movie villain. Fortunately we’re not on Elm Street - so I buzz him in.

‘You have your own private lift access to the top floor.’ I inform in a treacly voice, gratingly more posh than my usual tone. The man, fifteen years older than his girlfriend and paying for her on every level we swish past, nods curtly. The woman seems to emit a little whimper, unless I’m just imagining it. She’ll be pliable to the point of moist, when she sees the kitchen and the view.

‘Oh….my….God.’ She squeaks, when I step aside and they take in the top-of-the-range appliances, all stainless steel and downlighters, outlook to die for if you ever feel like jumping, and more marble than a Victorian mausoleum. I may not be able to afford this place - the price would buy a quality detached house elsewhere - but I know whom I’m selling too.

‘What do I have to do to have this?’ Asks the woman huskily. How about what you do for him? Teases the inner voice, as I look at the man with the bank balance. He’s paid for the breasts and the BMW, and he’ll be coughing for this too.

‘They’ll have to come down on the price,’ he begins arrogantly, before sealing his fate by adding. ‘I’m a cash buyer you know.’ The voice stops short of a sarcastic: Not paying in root vegetables like everyone else then? Instead I resolve to extract the asking price - or better.

‘Surely they’ll take off something?’ Whines the man, as I look at his concubine and think the same thing of her. But of course she’s now on my side.

I love it when a plan comes together.
Posted by secret agent at 8:50 PM

Why the hostility to a cash buyer?
From what I'm seeing on the houses on sale locally, you guys seem to swap over the "Sold (STC)" and "For sale" every few weeks.
Surely a cash buyer is good news - no risk of the bank doing a "computer say no", no time wasted putting the house back on the market.

This will sell - trust me I'm an estate agent - and I'll get the best price from the best possible buyer for my client.It's what I do. If it's these two, so be it, but I suspect it won't be.
I agree on the board yo-yo game though, personally I prefer to wait until the buyer exchanges contracts before slapping the sold slip up.