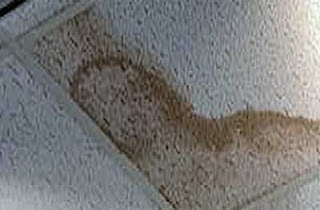 As a worryingly quiet week staggers on, I decide to review our stock of homes for sale. It’s a paradox that agents battle tooth and nail to win instructions from reluctant owners, and other agents cutting fees and inflating prices, only to find certain homes become a millstone and just don’t shift, no matter how many times you advertise them.

Needless to say the vendors aren’t too pleased after effusive promises there are buyers chaffing at the bit, to find the endearing smell of deep-fried food and unwashed occupants isn’t exactly twanging punters’ collective wire.

‘Well these three are overpriced.’ Concludes assistant manager T unhelpfully, as he sweeps a dismissive hand over the office filing cabinet, while we stare at the hanging folder-tags morosely. By a spooky coincidence I listed the trio of homes and uncomfortably he’s probably right, but then I was up against several other agents all whispering the sort of over-inflated promises an eager potential lover with halitosis and a hard-on, might employ.

Churlishly I tug open another drawer and point out a brace of properties T brought to the market, both of which are sticking like turds to a shoe. ‘Perhaps you could trim ten grand each off these.’ I snipe ungraciously, tugging out the contact details and handing them towards a sullen-faced T.
‘God I don’t even want to speak to them,’ confesses T glumly. ‘I’m just going to get grief as to when we’ll put them in the paper again.’

It’s a common misconception amongst vendors, that estate agents do little for their money other than to run an occasional advert and sit drinking vending machine coffee all day. Like a swan on a lake, we might appear serene in freshly laundered shirts with colour co-ordinated ties – although not in trainee F’s case – but in fact underneath we’re paddling like hell for survival.

‘So why do some properties just not get any interest? Asks F gormlessly, as I look again at his crumpled collar, and food-flecked tie. For an in-bred buffoon it’s not that bad a question. Much as I hate to even quote the title of the afore-mentioned duos show, it’s often location. It includes a further alchemy of orientation, décor, square footage, garden, lease length and numerous other variables, but ultimately it’s one thing. ‘Price.’ I tell F curtly. ‘It’s down to price.’

‘Of course we’ll be reluctant to sell.’ Blusters a man later, as his wife nods in agreement while we wander around their cramped basement flat as I begin to speculate there might have been an unexpected eclipse of the sun since I entered the subterranean space. It’s a common ploy from prospective vendors to eulogise about the home they are planning to sell, as if they are flogging it to the agent rather than waiting for a troglodyte with a mortgage in principle and an aversion to sunshine, to appear.

As we shuffle in to the one and only bedroom and the man continues to enthuse over the proximity to local amenities, I spot an ugly bloom of damp behind the headboard.
All basement conversions attract moisture. Fact. In my experience no amount of tanking to the walls, or dubious insurance backed damp-proof guarantees from long- defunct firms, negates the fact the space was meant for coal, wine, or domestic staff at best. Promoting the Dulux-washed dungeon as a “garden flat” is risking the wrath of the Trading Standards Officer, even if I can demonstrate how readily fungi grows in the bathroom.

As the owner drones on I begin to think I can see a shape emerging from the wall-growth. A unique selling point the marketing men might call it. Just need to see how I can convince gullible religious nuts, that a penicillium picture of Jesus warrants a premium on the price.
Posted by secret agent at 8:50 PM

Sobering reading, SA. And on your (and your fellow rival agents', all over Britain) estimates, do various Housing Asking Prices indices rise.

Obviously, you're damned either way however you quote, but what do you really think? Go on - take advantage of your anonymous position to blog about it. You've spent your career so far in this business: what's your gut feel for the big - sometimes philosophical - picture? What sort of house ownership scenario do you envisage for your children? Is there still a housing bubble, in your opinion? Election scenarios? I would be hugely interested to read your jaded, perspicacious, disgruntled speculations.

Well he's not going to give it away now, is he? After all you can only sell once so you should sell as well as you possibly can. As someone who hopes to buy a house eventually this warms the cockles of my heart. Perhaps the damp patch is a psychic manifestation of de Nile running beneath his Ikea laminate floor.

SA - I work in a world where price is somewhat material. So, I charge at the top end! In your world, what on earth is the point to take on properties that are priced too high so you then spend a lot of money and it goes down your drain. Instead price correctly, take on only properties you have a hell's chance of selling, reduce your staff and your costs and make more profit - turnover is vanity, profit is reality, cash flow is sanity.

reading that,you jsut sort of realise how f***** some people are.

doomed to spend 25 years trying to rent it for enough to cover their costs and repeating,on the basis that repetition breeds truth,that one day,prices will recover.

do kids grow in the dark or do you need to feed them some special supplements?

they should have bought a luxury flat instead.buy one get the building free.