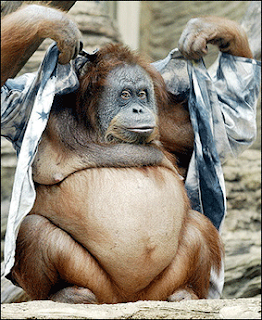 First in to the office, I stoop to collect the post, scowl, and then grab the keys to the DX box and stumble to the nearby solicitor’s lobby. A youngish woman is in the musty-smelling post-room when I arrive and we exchange brief greetings as she sifts through the envelopes in her company pigeonhole.

Like mine they are all buff-coloured envelopes and jiffy-bags, nothing to make the heart beat faster.
‘Still no Valentine’s cards.’ I say with forced jocularity and as soon as I speak I know it’s a mistake. Not only does she look spooked in the suddenly threatening, closed-off environment, but I’ve contrived to insult her at the very least, assuming she doesn’t think I’m some middle-aged stalker with an account at Hallmark.

The door slams behind her and I’m left staring at my starkly empty company box for the thousandth time, and left lamenting the lack of a card - even one my mum might have written anonymously – for the thirty-somethingth time. And I spit out a swear word and sullenly kick the bank of metal containers. The expletive and the blow are still echoing uncomfortably round the bare walls when the door opens again and another office girl steps in tentatively, giving me the sort of look reserved for something slippery and canine-ejected that you’ve stepped in.

‘How many cards did you get?’ Asks negotiator S excitedly when the morning meeting whimpers and expires like a pensioner who couldn’t reach their pull-cord.
‘One.’ Announces B from lettings unconvincingly, avoiding direct eye contact with me. ‘One.’ Says trainee F probably mimicking B but who knows? ‘I don’t do all that soppy sentiment.’ Reports bloated mortgage man M primly. No, I think, you just masquerade on-line as a svelte lover, by using a Photo-shopped picture of someone else’s body. Does the desperate divorcees social networking site actually allow people to ever meet? If so they’ll be as traumatised as the woman at the post room earlier.

‘I had two!’ Gushes S in a girly-giggle before adding. ‘And neither of them were from my boyfriend.’ I’m not surprised, I think sourly, that lummox can barely walk upright and opposable thumbs or not, I’d hazard a guess he’d struggle to pick up the implement, let alone pen a poem. And suddenly I realise S is looking at me. Everyone is looking at me.

Surely they don’t think I sent her one? I mean, after my wife announced - for the avoidance of doubt - that we didn’t need to do presents or over-priced cards at our age, I forgot about the tawdry marketing exercise. It was just as well because since head office clamped-down on expenses, last minute floral arrangements from Texaco’s forecourt have been a no-no anyway. The fuel card only allows unleaded, diesel or motor oil. No space on the chit for slightly wilted carnations.

I can feel my cheeks beginning to glow now, as the expectant group wait for me to confess. They think I sent S a card. S thinks I sent her a card. Hell, they don’t know me at all. If I wanted to splurge several quid on a wild flight of fancy that was never going to come to anything, I’d have bought several Euro Lottery tickets not coughed for a soppy sentimental hearts and roses con.

‘Come on then tell.’ Urges assistant manager T, who incidentally has yet to report his score.
‘Yeh, how many did you get?’ Presses F, bailing me out. And for a moment I could kiss him, which as it happens is far more likely than a lip-to-lip meeting with S – although immeasurably more disturbing.

‘None?’ Echoes M with a big-bellied laugh as I retreat to my office. ‘Doesn’t surprise me.’ And as the door shuts and I stare at a forbidding bunch of brown, and white window envelopes, I’m transported back to schooldays and the ritual humiliation the whole exercise brings every February 14th.

It’s too late to buy a card for my wife now and chocolates are off, with the latest diet. I’d only end up comfort eating the whole box - bar the coconut one’s - and we already have one member of staff with bigger breasts than the girls.

Maybe next year.
Posted by secret agent at 8:03 PM