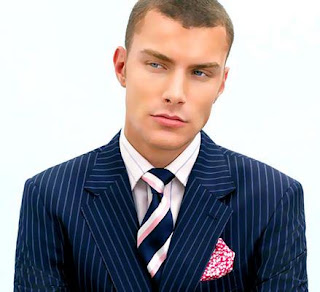 I’m wedged between the property display and the plate glass like some cut-price hooker in an Amsterdam window. ‘Just hand me the photograph.’ I instruct assistant manager T tetchily. The halogen lights above are beginning to fry my exposed scalp and short of wearing a knotted handkerchief like some northern holidaymaker, I’m risking third-degree burns if I lurk any longer.

‘Not sure if this is worth putting in prime position.’ Ponders T languidly as he looks at the over-priced home in his hand and I begin to feel the face cream my wife said would clear up the dry patch of skin and not smell effeminate at all, start to melt.
‘Just hand me the friggin photo.’ I snap, snagging an ankle on one of the taut display anchoring cables, and nearly falling arse over apex.

My school of management – such as it is – has always been predicated on demonstrating to your staff that you’ll take on the most mundane tasks around the office when necessary. The theory is, it will make them feel included and valued and they might just take it upon themselves to refresh the point of sale display without a size ten foot up their backsides. Not sure it’s working.

The bean counter boss on the other hand and my more successful but considerably shorter rival manager H, both work on the basis of remaining aloof and distant from their minions. The bean counter manages by memo and spreadsheet, and H just uses his staff until they are burnt out, or suing for sexual harassment.

‘Oh god that’s all I need.’ I mutter dejectedly, as I spy one of the opposition marching down the high street. I look like some hopeless trainee wedged against the glass, which is ironic because I already have one - F - only he is off sick again and rumoured to be wedged against his kooky girlfriend with the wild hair and the nose piercing. Maybe they’ve become irrevocably entangled I think fleetingly, as the other agent passes.

‘What a dick.’ I announce to the office as I ease myself out of the narrow confines, a bead of sweat running uncomfortably down my collar and lodging somewhere around the buttocks.
‘You’re just saying that because he stuffed you on that instruction you wanted last week.’ Suggests negotiator S disloyally and I look at her askance. Surely she doesn’t fancy the prig?

‘He’s just the sort of poser who gives the profession a bad name.’ I tell her primly, and go on to list his faults with the sort of detail that might suggest malice aforethought to the casual observer. The mid-twenties man walks just too fast and with the type of mincing steps that suggest some sort of foreign object is wedged where it shouldn’t be. The suit is slightly too edgy and doubtless too pricey for my liking, and double cuffs are protruding from the sleeves with a jaunty top-pocket handkerchief on display.

‘He seems okay.’ Ventures S defiantly.
‘Okay?’ I splutter. ‘He always has a mobile phone glued to his ear as if he’s clinching some multi million pound deal, rather than talking to his mother. And as for his choice in ties…’ and I run out of steam and turn to T for support. He shrugs as I spot his rather garish silk neckwear and I resolve to make sure he’s in the window display next week, getting cobwebs in his perfectly coiffured hair.

‘I think a pink tie can work if a man is macho enough to pull it off.’ States S resolutely and I realise I’m fighting a losing battle.
‘Yes I agree,’ slurs B from her lettings desk. Like a jackal sensing a wounded antelope she joins in for the kill before adding bitingly. ‘It’s probably the sign of a homophobe when they make observations like that.’
‘Or a closet gay who’s yet to come out.’ Chips in T to laughs all round and a guarantee of not having to make the tea for the rest of the day.

After all this time, I still don’t seem to have the hang of management – it’s a queer business.
Posted by secret agent at 9:02 PM