Congratulations On Your News - Wednesday 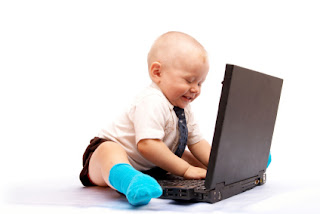 Sat at the morning meeting aiming to motivate and energise my staff, when all I really want to do is go back to bed. My plaintive parting shot to my wife of: ‘Why did you let me open the second bottle of wine?’ Having been rebuffed with a less than sympathetic. ‘You didn’t exactly ask me.’ Followed by a rather curt. ‘And you didn’t exactly share much of it either.’

My head has that dull throbbing ache that presages a day of feeling increasingly ropey until that magic time - about three-thirty in the afternoon on my body clock - when you finally start to feel a little better, to the extent that you might consider just a little glass of something medicinal with your supper when you get home.

‘Here she comes at last.’ Says assistant manager T, bringing me back to the present and I look up to see B our lettings lush wobbling across the road towards the door.
‘Oh-oh, she looks a bit grim,’ opines negotiator S. ‘Nothing worse than a middle aged person who can’t hold their drink.’
‘Or hold on to their men.’ Chuckles T, as I swiftly make a mental reminder – still can’t work out how to do the automated one’s on my phone – to just have soft drinks, at least until Friday stats come around.

‘Morning.’ We all chorus as B stumbles across the threshold and murmurs a return greeting, before heading straight for the ladies.
‘Probably going to throw-up.’ Suggests T caustically.
‘Do you reckon she’s got one in the oven then?’ Asks trainee F to derisive looks all round. But although it’s almost certainly too many gin and tonics, I can’t shake the unlikely suggestion.

‘Even she’s not that stupid.’ Suggests mortgage man M in between mouthfuls of a giant breakfast pasty that could feed an African village for several days. ‘Mind you, that’s all we need,’ he continues. ‘A bloody maternity leave con where we all have to pick up her phone calls and hassle for months and try and fill the post with some useless temp who isn’t good enough to get a proper job themselves.’

‘Hey, you can’t say that sort of thing.’ Snaps S in a sudden show of sisterly solidarity, before she looks at me for support. I make the right human resources by rote mutterings to a pastry-filled leer of disgust from M, all the while hoping, as every line manager does in private – particularly the one’s who did the shagging – the test comes up negative.

Over the years I’ve lost numerous excellent female colleagues who, when just trained and out-performing the majority of the males, declare with a faint flush of excitement they are up-the duff. Hopefully my exclamations of feigned delight appeared genuine, but inside I was cursing my luck.

‘You lot all milk the system,’ continues M moving on to dangerous ground as he continues to tease S. ‘Say you are coming back so we have to hold the post open for you, then at the last moment, surprise, surprise, you discover you’ll miss posting pointless pap on Mumsnet, and resign.’

‘That’s sexist.’ Snaps S as B meanders back into the main office face whiter than M’s flabby arms. Fat men in short-sleeved shirts not a good look. ‘Just telling it like it is.’ Bats back M, as I glance across at B again and re-double my resolve to keep off the sauce. Her standards seem to be slipping as calamitously as a pensioner on an icy pavement. Despite sometimes yearning almost masochistically for an end to all this, I’m still not ready for the fall.

‘What you all looking at? Snaps B, and F clears his throat. I should have been quicker in hindsight and it’s not as if I don’t know. I’ve still not got over having to explain, as the nights started drawing in and I mentioned we were heading for the shortest day, that in fact each rotation was still twenty-four hours.

‘I didn’t expect her to cry.’ Mumbles F lips trembling, after B has returned to the ladies, S in her wake. ‘I thought it might be something to celebrate.’

A pregnant pause followed.
Posted by secret agent at 9:55 PM

Haha, very much enjoyed the reference to Mumsnet!