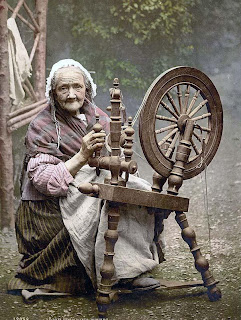 I limp from a valuation knowing it hasn’t gone too well, but hoping against hope they might instruct me anyway. I tried all the usual methods of engagement. Commenting about photographs on the mantelpiece, enthusing over the décor, ghastly as it was. I even resorted to patting the salivating dog as it drooled something unspeakable down my trouser leg. Nothing, no real connection, just the likelihood of someone else’s board going up - and another dry cleaning bill.

My back is as stiff as an ironing board and a numb tingling sensation is coursing down one leg ominously, as I ease butt-first into my car seat and turn like an octogenarian, knees jamming against the steering wheel, all flexibility vanished in the spasm. Then a new plate minor model BMW turns up and a lithe senior negotiator from one of our competitors arrives at the same house. I try to sink lower in the seat but it’s as if some spiteful road cleaner has left a broom handle on the squab. As it happens the young buck doesn’t even notice me as he skips towards the doorstep.

‘Hope the dog bites you.’ I growl uncharitably, as the door opens and the wife gives the lad a mega-wattage smile and he stoops to pat the hound, then let’s the flea bag lick his face.
‘Christ no,’ I mutter to the headlining as I fell a potentially dangerous fur-induced sneeze brewing. ‘I don’t need the business that badly.’ And as I watch the opposition disappear inside and try to staunch the back-wrenching nose explosion arriving, my mobile phone jangles that irritating tune I can’t work out how to change.

‘Bad news I’m afraid.’ Announces assistant manager T down the crackly line, as I wonder why tell me now? Why not wait until I’m back in the office? It’s as if by unburdening the problem to his line manager, like some sick pass the parcel game, T’s involvement in the collapsed chain will no longer be his responsibility.

Trying to retain a modicum of managerial dignity, instead of sobbing down the phone at the potential loss of half a month’s income, I issue curt instructions to re-market the three homes we have in the aborted transaction. Then reluctantly undertake to ring and soothe the owners myself when I get back. At least one of the three has already packed the bulk of their possession into boxes against my advice, so that will be a fraught conversation. It’ll be the agents fault, it always is.

Phone call over I thump the roof in frustration and am rewarded with a sharp knifing sensation in my coccyx. I figure it’s about the same time the young stud in the house opposite is finishing off a sole agency agreement with one hand, while charming the wife, answering his BlackBerry, and pleasuring the dog with his free hand.

‘I’m too old for all this.’ I grizzle to the instrument panel, as I ponder once again if I should actually pay the absurd contract price for one of the ever-available e-mail machines. But in truth if I can’t get the wretched Boyzone jingle off my old Nokia without my son’s help, I’m not about to master multiple applications on the City Boy toy.

Technology waits for no man, and I still struggle with the floor plan application on our own in-house system, but I can’t help feeling like some failed eighteen-century entrepreneur who has mortgaged his house and his soul acquiring a second hand Acme spinning wheel, just as the new cotton mill opens in town.
Unwisely I tug the sun visor down and slide across the cover. The light illuminates unkindly as I stare back at the old git in the mirror. I barely recognise the gaunt-featured man with more wrinkles than an elephant’s arse and a hairline rising faster than a kid’s lost balloon. ‘You look like shit.’ I mutter before firing the engine and heading back to make those phone calls.

Halfway across a box junction unwisely entered, the sneeze arrives like a roadside detonation. I’m pretty sure a camera flashed me. Perhaps I can use the photo on my emigration application.

Have just come across your blog. Genius !! Having been in agency since 1985, and done my time with corporates, independents and now for the 2nd time on my own I think i have probably seen and done most of the things you write about. Your views are spot on, especially the them and us scenarios with your Fs advisor, I remember those pressures from my corporate days. Going to make sure i have 5 mins a day now to catch up on your comings and goings. Well done.

Thanks Darrin, nice to know there's someone else out there from a similar vintage. You're a braver man than me going out on your own, but there's always room for a good agent. Best of luck.
S.A.