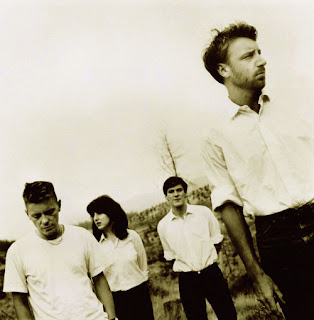 Drive to work station hopping on the radio, but each presenter or track just serves to annoy me. In the end I punch the unit into silence and brood as the traffic clogs once more.

Maybe it’s just me – my wife is pretty sure it is – but I can’t help feeling there’s more to life than a never ending series of rolling targets, a perpetual procession of time-wasters, promise-breakers, chancers and out and out fraudsters. I’ve speculated before that a salesman’s shelf life is finite and since the New Year it’s as though some unseen persecutor has been hanging successive weights onto my soul. As if a rancorous shopkeeper with one of those old fashioned sets of scales, has been progressively adding another disc of doom to see when I’ll tip.

‘F**k!’ I scream at the windscreen as I look up and see nothing but red taillights. And I brake, I brake with all the power I can muster, as my stomach rises rapidly in my throat and the anti-lock system judders rapidly under my shoe, in time with my thumping heart. ‘You’re losing it. Get a grip.’ I mutter face flushed with embarrassment, as the car rocks on its springs, inches from the bumper of the car in front.

Momentarily I think nobody has noticed, until the driver ahead turns angrily in his seat and mouths a laminated-glass-filtered obscenity at me. Then for good measure, mimes a particularly vigorous act of self-abuse through the heated rear screen. All I can think of is how much grief I’d have had from the bean counter boss if I’d totalled the company car. The associated paperwork doesn’t even bear thinking about.

‘Nearly had a prang on the way in.’ I mention in passing to the team, once the formalities are out of the way and the refreshments distributed.
‘About the only way you’ll get the motor replaced at the moment.’ Chortles assistant manager T dryly.
‘Things will get better.’ Suggests negotiator S sweetly. ‘It’s just the time of year and the weather.’
‘My boyfriend’s not returning my calls.’ Sulks B from her lettings desk. I’m tempted to ask which one, but have already diced with danger once this morning. ‘I hate January.’ Continues B moodily. ‘Got to be the worst month of the year.’

I can think of eleven others that have their downside, but decide to keep my own counsel. January does drag you down though. Payday is a long way off, with the Christmas excesses hitting the credit card statement alarmingly, and if you are commission based in a difficult market, bumper remuneration statements are a distant memory.

‘Today is the crummiest day of the year.’ Enlightens mortgage man M as he munches on a custard cream and sheds bits all over the carpet, without a hint of irony.
‘Because we had a sale fall-through?’ Asks trainee F vapidly.
‘Hell no,’ sneers M. ‘You lot have that most days. It’s officially the most depressing day in the calendar. Heard it on the radio this morning.’

Must have been when I turned off that annoyingly upbeat presenter, I think fleetingly, before concentrating on M’s telling dismissal of his workmates as: “you lot”.
Therein lies the difference between residential sales staff and the slightly aloof financial services brigade. Just because they are licensed and we’re not, they think they’re better than us. And as if to confirm it, M wipes little flecks of cream filling from his face – possibly not for the first time – and reads from a memo he’s just opened.

‘I’ve been instructed to hold weekly sales training and coaching for you guys.’ He pronounces pompously, as an absurd out of control plan to lace his hob-nobs with hemlock skids through my brain. ‘You’re just not giving me enough quality leads.’

And just as I did earlier, as my life briefly scrolled before me while my worn tyres scrabbled for grip and the rear end of a Ford Mondeo raced towards impact. I bite my tongue.

Unless the fat fool intends to train how to consume twice as many calories as recommended, or coach how to wipe doughnut jam from a face with your suit sleeve, he’ll be running on empty.

Happy New Year anyway, SA. Rolling targets, time-wasters, promise-breakers and chancers indeed! I know how you feel;especially where I've a pipeline smaller than my IQ and ran out of excuses some time in 2008.......

I enjoyed your blog of the 23rd December & suggest you read the final paragraph again. Stick with it mate, J K Rowling struggled before she was published too!!!! The film deal was never closer you know! I hear Brad Pitt may be free...surely Angelina could be your S?

secret agent said...
This comment has been removed by the author.
6:12 PM

Thanks for the encouragement Idler. Particularly like the IQ/pipeline line. Brad Pitt may be a stretch, I've been told Jack Dee only grumpier and don't even start me on Angelina/S comparisons...
S.A.