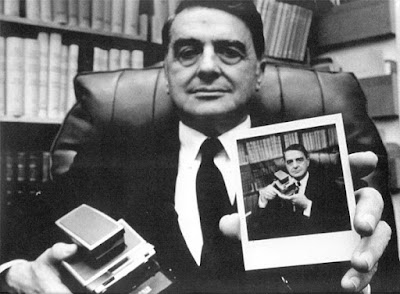 ‘Great news.’ Announces assistant manager T gleefully, as a delivery driver exits the office.
I don’t get a lot of great news; all my distant aunts have croaked without leaving me a penny, so early retirement isn’t exactly an option and in the property business what is great news one moment can transform to a steaming pile of doo-doo, with one fractious phone call.

‘What is?’ I ask warily. The question covers both his announcement and the ominously looking technical package he is unwrapping, like a greedy kid at Christmas.

T looks at me with a hint of pity, his designer glasses flashing under the fluorescents like some sort of modern day morse code signalling system. I feel an S-O-S approaching.

‘It’s the new wirelessly connected digital office camera.’ Says T, with a soupçon of scorn in his tone. He knows how I feel about new technology. I’m the unashamed luddite in the office and it doesn’t help that most new products ship without an instruction manual now. That means downloading, or possibly uploading, some sort of PDF file I can never open. Or in the rare case of an easy-start, paired down guide, included in the box, the print is so small my arms are no longer long enough to read the content.

‘Been waiting for this.’ Crows T excitedly, extracting a complicated-looking camera with a swollen, wide-angle lens and more buttons than an octopus’s cardigan.
‘You can upload to a portal on the move with 4g and edit, manipulate and spacial cross without leaving the car.’ Continues T.
No, I haven’t a clue what he just said.

‘Shouldn’t you read up on it?’ I ask, as T pulls the lens cap of and starts panning round the office like David Bailey on speed.
‘Nah.’ He answers dismissively. ‘Just experiment, it’s all intuitive anyway.’
It might be to you bucko,I think sourly, as trainee F joint the fun and starts clawing at some leads inside one of those impossible to open, heat-sealed plastic packages.

‘You are going to do yourself a mischief.’ Predicts negotiator S, stifling a laugh, as F tries to prise apart the packaging with a letter-opening knife. I can see the office accident book coming out again and I’ve only just got the blood off the front cover.

‘What the f**k is this all about?’ Exclaims F, as he nearly impales himself and the packaging still refuses to yield its contents. I nod at the swear box, but in truth, for once, I’m with the public school retard. I mean with all the product research and whiny focus group opinions companies obsess about nowadays, surely someone has stopped and said: “You know what, boffins? Nobody can open these pissing, plastic, packs.”

It might be my failing eyesight, or a brain that has reached hard drive capacity, but I’m not that adept at new tricks any longer. My wife would endorse that, I’m sure. And to think I used to chuckle, in quiet contempt, at the elderly failed negotiator who I first worked alongside as a trainee. He struggled to operate the black and white Polaroid Instant and doggedly suggested we didn’t need photographs on our property particulars, as it would spoil the surprise when the potential buyers turned up for a viewing.

I used to love the excitement of waiting for the little four by four photo to develop and I can still smell that chemical aroma that preceded un-peeling the backing paper before seeing a poorly framed shot of an overpriced house. Yes, even then people thought property was too expensive -particularly when interest rates hit 15%.

‘You might have to load the first few photos for me.’ I tell T flatly.
‘No probs, grandad.’ He replies with a grin.
It’s a shame you can no longer hit staff without reams of forms to complete.
‘I’ll help you out.’ Says S kindly.
It’s tempting - but adapt or die is the motto in this industry and I can’t afford to go yet. Plus, I’m pretty sure there are no elderly spinster aunts left.

Best time to buy real estate is when int rates are sky high. Worst time is when they are rock bottom. Oh, like now.

Worst time to have money in the bank when interest rates are low.

TOO FUNNY. In case you haven't noticed there's NO INFLATION.

Also there are many other FAR BETTER things to invest in than real estate. In fact RE is about the worst I can think of in 2016.