The Computer Says No - Friday 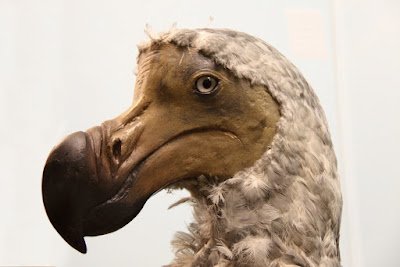 I never like to hear raised voices in the office. It usually signals some sort of dispute. If it’s internal I’ll have to adjudicate, if it’s external it could end up with the well-intentioned, under-informed Property Obudsman. Agents Note: Just to confuse an already befuddled public, you can chose from three different Obudsman all pitching for the same complaint-clouded business. Property isn’t an easy gig, no matter what you’ve heard.

‘I’m telling you, that’s not my decision it’s what they say I have to do.’ Bellows lettings’ lush B, aggressively. I’ve made my way to my office door, from where I can observe and more importantly, hear clearly. My wife keeps leaving those free hearing test leaflets by my briefcase. Bad enough the eyesight is going, but it seems years of loud concerts and bad air guitar solos, might be catching up with me.

I’m already annoyed by B’s evasive statement. It’s the kind of casual disengagement from responsibility you encounter in most corporate situations nowadays. Not only does the computer say no to your request, but the staff member blanking you forgets they are working for the organisation antagonising you. It’s you, that’s saying no lady. Not some disembodied third party you only want to be associated with come pay day.

‘Why you doing this to us?’ Pleads the man, sitting in front of B. His English is broken and he didn’t get that tan at this latitude. His wife looks mutely at B and I start to panic. If they claim some sort of bias, imagined or otherwise, the sky is the limit for fiscal punishment. I daily navigate the rocky horrors of sex, race and disability discrimination - and that’s before the office doors open for business….

‘You not treating us fair.’ Says the man, his voice lifting. His wife just seems embarrassed and I feel sorry for her. Particularly as B is looking daggers at the couple.
‘I’ve told you, it’s Government legislation.’ Replies B, her voice going up an octave. ‘Take it up with the Prime Minister if you don’t like it.’

‘I don’t have passport here.’ Counters the man, petulantly.
‘Then you won’t be renting anything’ Replies B, curtly. ‘No ID, nothing from me. It’s the law.’
The man looks at B with narrowed eyes, as I wonder if I’ll have to physically intervene again. I’ve still not forgotten the time I narrowly avoided the office chair, a disgruntled punter threw at me.

‘What was their beef?’ Asks trainee F, after the couple leave in a flurry of unrecognised, machine-gunned language my Google Translate would struggle to decipher.
‘They don’t eat beef.’ Says fat mortgage man M, unhelpfully.
‘I think you’ll find it’s pork.’ Says negotiator S, shaking her head in disbelief. ‘And they just didn’t understand.’
‘Should speak English then.’ Replies M gruffly. Perhaps I should report the bulky bigot. If nothing else we’d have some biscuits left over at the end of each day.

‘I feel sorry for them.’ Persists S. ‘They just want to make a better life here.’
‘We haven’t got enough homes for people who are supposed to be here.’ Says M. ‘And I can’t sell products to people who don’t have the right status.’ He’s a real charmer. The sort of illiberal idiot whose line should be heading for extinction - if he hadn’t managed to impregnate  his ex-wife while he could still find his penis.

The trouble is, my latent socialist leanings have been so eroded by sales targets, commission and a large mortgage, that I find it hard to empathise with the underdog like I used to. It doesn’t help that Government has lost control of our borders to the extent that private sector mules like me, have to act as unpaid immigration control officers and money laundering investigators, forced to check identities for fear of draconian fines and a criminal record.

‘You were quite abrupt with them.’ Presses S, frowning at B.
‘I’m fed up with time-wasters and low-lifes.’ She snaps back.
‘If I had my way I’d stick them all on a boat.’ Spews M obnoxiously. ‘There’s a reason we’re an island.’

Come on Darwin, do your bit.

Download an ebook, links on right, and you might not become extinct in the property game....
Posted by secret agent at 4:27 AM