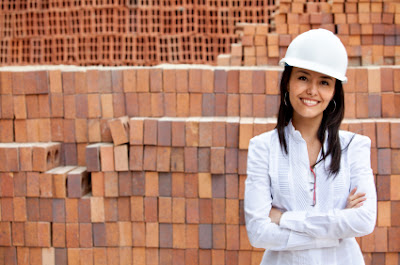 ‘Have you seen this ridiculous article?’ Asks assistant manager T, as I walk across the office fretting nobody is on the phone.

‘Here look.’ Encourages T, spinning his screen and showing me an article, surprisingly, with a property based theme.
‘What is it?’ Asks B from her lettings’ desk.
‘You’ll love this.’ Predicts T with a smirk, as I skip read the vacuous, poorly-researched article. ‘It seems lettings agents are inherently sexist.’

‘That’s f***ing bollocks.’ Snaps B angrily.
Terrific, I’d forgotten inappropriate language. The swear box is already getting hard to lift.
‘Why do you say that?’ Asks negotiator S, as she joins the nascent discussion, that might be heading towards an argument, shortly.

‘Because most lettings’ agents are women anyway.’ Answers B.
‘Women can be sexist too.’ Responds T, looking at me for some sort of support that isn’t going to be forthcoming. Since Lady Di died, I’ve not been interested in minefields.

‘That’s a typical male response.’ Argues S, her eyes alive with fire. God, she’s attractive when roused.
‘And that’s a typical female retort.’ Bats back T, as I sense I’m losing what little control I had.
‘Men get called out for decades of sexist behaviour and they start whining that it’s not fair.’ Snarls S. ‘You try getting wolf-whistled at, every time you go on a building site wearing a hard hat.’

It wasn’t me. I was talking to the site foreman, who also had a hard hat on.

‘What does the article say?’ Asks B, in a move I hope will defuse the situation. So I quickly finish reading the scant piece. Before I can deliver a verdict, T says to B.
‘Anyway, you are guilty of being pretty sexist yourself. You are always lusting after young male tenants and commenting on their butts when they leave the office.’
‘That’s different.’ Replies B.
I’m not sure it is.

‘This writer…’ I begin.
‘A woman.’ Interjects, T.
‘Yes, this writer, reckons she doesn’t get the same treatment as men when she tries to rent places.’
‘Probably doesn’t.’ Announces S, icily.
‘Says,’ I continue. ‘That she is patronised when she asks technical questions about boilers and maintenance but then doesn’t get the same discounts on the rent that men negotiate, when she comes to sign a tenancy.’
‘That’s got nothing do do with having tits.’ Spouts T, as I die a little inside again. ‘More like they are just big tits, and too stupid to get a deal.’

I think women are usually the decision makers when it comes to choosing a home. I think women, if they stay long enough in the profession, are often the best estate agents. I think, women have more empathy and patience, as a rule. Something the tortuous property transaction process demands in spades. I also know, that women dominate the lettings industry, at least outside of London, as traditionally the lettings side of the business was seen as a junior partner to the sales operation. That’s been turned on its head in recent years. Probably why I seem to feel dizzy most of the time.

‘I think we are in an equal opportunities industry.’ I hear myself saying pompously, to groans of derision - both male and female. ‘It’s purely down to ability, who succeeds in this job.’
‘Yeh, but there’s a lot of pricks.’ Says B, unhelpfully.
‘Yes, and we’re often just treated as pleasant to look at adornments.’ Adds S.

Shit, I hope she hasn’t finally realised why I insist she sits at the desk nearest the window.

I just found your site Today and read this post....all the way through ! I like your writing style. I was interested in the real estate market in the UK and did a search and your blog came up at number 1 (congrats)

I am an Agent in Ottawa, Canada, and noticed your blog is a .ca ?

Anyhow, I will be following your blog and look forward to more aricles and giggles.

Thanks George. Always nice to get feedback and comments, just so I know there is someone out there.....

Think the .ca domain is just a local feed of Blogspot.