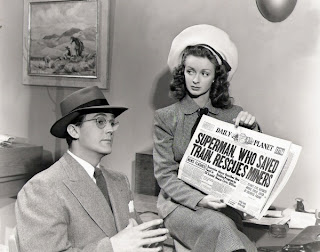 ‘A few messages for you.’ Informs negotiator S as I walk in the door. If anyone had to be the bearer of bad tidings it would be her – it’s why she’s so good at telling vendors their sale has fallen through while keeping the instruction.

I try to remain upbeat. It might be someone ringing back to put their home on our books. It might be an offer - on property, mortgage or for another job. Chances aren’t stacked in my favour though, with market, lending policy and alternative employers all heading the wrong way.

‘Anything interesting?’ I ask even before I’ve opened the message book and read the details myself. S reels off the minutia of property transactions; boards fallen over, chains breaking, buyers stalling, owners hyper-ventilating, then adds cheerily. ‘Oh and a reporter from the local paper rang you.’
‘What did he want?’ I snap.
‘She actually.’ Retorts S indignantly. I should have guessed, you only need to look at the names rolling across the credits after a television programme or on magazine articles to realise most of the players don’t have willies any more.

‘What did she want?’ I ask contritely. Be nice to people on the way up – or when stalled at the roadside – and they might not sack you on the way down.
‘Wanted to know what the market is doing.’ States S with a sheepish smile.
‘Don’t we all.’ I bat back emptily. I know whatever I say isn’t going to change any angle the hack is already working on. If the article is going to sit alongside a developer’s new site launch it will need to be upbeat, irrespective of reality. If the word-jockey wants to trash capitalism, the market place and bemoan her inability to buy a starter home, she’ll just need a willing dupe to misquote.

‘She’s left her mobile number.’ Informs S. ‘Needs to speak to someone before close of business.’ Of course she does. She’ll have a deadline to meet and will keep ringing agents until she gets someone, anyone, who’ll have their name appended to a paraphrasing they won’t recognise. I swear they’d list our Albanian cleaner if they could understand her – or get her to pick up the phone. On second thoughts she hasn’t shifted the unit to dust under it once, so slim chance of lifting the handset.

‘Why don’t you like journalists?’ Asks S as I scowl at the number and hesitate. It’s a good question. They are right down in the public-opprobrium-gutter alongside agents and politicians, but as I’m a failed writer and can’t master my expenses’ fiddles, neither gets my vote.

‘They publish absurd surveys just to shift copy.’ I grumble. ‘They contradict each earlier one and just make the public confused. It’s not helpful.’
‘I just feel used by them.’ Interjects B from her lettings desk. I’d forgotten she was there, head behind her monitor, quietly shaking off last night’s hangover. Not sure why B is restricting herself to just reporters. The word is she’s being screwed by anyone and everyone.

I still harbour resentment towards the local rag, as before the Internet property portals took-off they routinely shafted me – and on reflection B – with exorbitant, monopoly-style advertising charges. There was nowhere else to go to promote our properties and they new it and took full advantage. All I had in return was a big accounts debit each month and a cheap bottle of port at Christmas. Now the sales department chase me for business. Of course the reporters consider themselves superior to the marketing representatives. People like me.

‘Are you going to ring that woman?’ Asks S as the clock approaches closing time. I’ve been toying with it. The lure of seeing your name in print, even wildly misquoted, is something I’m sure the scribblers’ major on. But I just know I’ll be disappointed, or worse still buy a copy on property day to find I’ve been edited out and that twat with the shiny suit and a sign-written Mini is in there again. Crowing. And lying.

I opt not to call. No point in having cross words.

Instead I try the Sudoku.

They new it. Probably sort after it too.

great Article : thanks for posting.

It is interesting story and after read this article i am feeling that you should be a writer. Your style of expression is really awesome which can help you to be a successful writer.