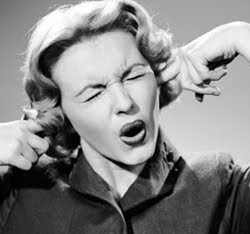 ‘My sale is going to fall-through.’ Sighs trainee F, face crumpled, tears a blink away. Entrusting a transaction to F was a leap of faith that his ability really didn’t warrant. But sometimes you have to just give them their head - even if it’s empty.

‘Why do you say that?’ I ask, preparing to re-appropriate the file and use all my guile and experience to save a fee.
‘Bloody surveyor says it’s falling down.’ Sulks F, defeat in his face, several page report in his hand. The buyers have sent him a copy in the vain hope he’ll understand it more than they can. Waste of a stamp.

I walk across and take the survey/valuation and begin to skip read the familiar weasel words and phrases.
‘They always say anything over ten years old and out of NHBC warranty is dropping to bits.’ I tell F soothingly as I continue to take in the requests for specialist reports, the dire warning of danger to the buildings structure and any inhabitants, and the massive retention on the proposed loan, added at the end of the report.

‘What does it mean? Quizzes F pitifully.
It means the surveyor is afraid of his own shadow, has been sued several times, is under orders from his line-management not to do or say anything that might increase the already sky-high professional indemnity charges. It means F’s opening line was probably right. The sale is going to fall through. But then I like a challenge.

‘This is the difference between a good agent and a useless one.’ I tell F, immediately regretting the phrase as I look at his empty expression.
‘How do you mean?’ He eventually asks hesitantly. And I tell him that this is often where the experienced practitioner has the edge, where false promises about prices, marketing and cheap fees from the edgier operators, are long forgotten.

‘So what are wall-ties? Asks F as I take him through the defects step-by-step. He probably thinks it’s Banksy-style gaudy neckwear graffiti on an end-terrace flank. But I tell him, in words of small syllables, about the butterfly-type metal inserts that hold inner and outer cavity together and stop the two parting company, or at least bowing. The older Victorian ones are prone to rust. Telltale signs of cracking to the mortar and brickwork and deflection in the walls, point towards the problem.

‘It’s fixable,’ I tell F. ‘we just need a builder to pop a fibre-optic probe into the cavity and give a quote. They just drill and put new ties in alongside the old ones. You can see the holes where it’s been done before.’
‘Like cavity wall insulation?’ Questions F surprisingly. Maybe he does take some of this in.

‘The damp proof course has failed.’ Says F morosely, finger jabbing at the paperwork as I make a mental note of the surveyors name and add it to my fantasy hit list. All Victorian property is prone to some moisture issues. The slate damp-proof courses they used tend to crack with age and are often bridged by the ground level being raised over the years, with borders and paving slabs allowing a capillary action to work its way up the building.

‘They can inject a new silicone based damp proof course, or cut in to the mortar and add a bitumen one.’ I tell F, a hint of smugness just below the surface – or at least two brick courses away.
‘So it’s solvable?’ He asks, hope flickering briefly.

It could be. If the buyer isn’t so spooked they cut and run - and if the sellers aren’t in denial over the defects and refuse to countenance a reduction, or doing the work themselves. If the surveyor is prepared to talk them through the process, then lift the retention following the works and a further inspection. If the lawyer doesn’t tell them to look for something else and the rest of the chain don’t become tired of waiting. It could be.

‘That’s nonsense.’ Rails the owner when I tell her the news. ‘The house has stood for over a hundred years - there’s nothing wrong with it.’

its interesting analysis about fiscal matter is reflecting in this writing.

Sounds like a delightful process to try and control. It can't matter very much about fixing the problems with the house if you can fix the problem with the owners. And no builder can give you a quote for that!

But thanks for the post SA. Another great insight into the troubled world of estate agency.

Funny how sellers don't expect buyers to haggle on the price paid - We haggle with most things, or should do, so why not when many hundreds of thousands of pounds are at stake?
Especially where that amount is paid off, with interest, over 25 years or more!

It can't matter very much to me. the blog is great and fantastic. appreciated

Nice and very interested analysis thanks for sharing your knowledge.

Thanks for the article. Interesting reading though.