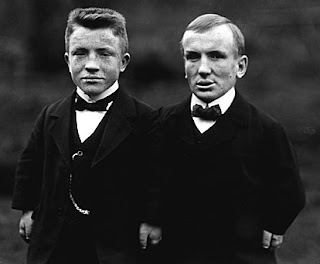 ‘Alright mate?’ Asks a familiar voice as I clamber wearily from my car, sleep still itchy in my eyes. Mate, is an over-used term in my industry. Odious little shiny-suited competitors use it when they bump in to you on the way out of valuations, or in the high street. The last thing I am is their mate. They are trying to put me out of business and I’m intent on reciprocating. This time it’s my short-of-stature, big of ego, rival manager H.

‘I’m good.’ I lie, in the standard knee-jerk response. I only just stop short of crowing. ‘We’re having it away.’ H looks at m disdainfully, he sees the weekly stats, but I’m not about to tell him I’m yearning for the chance to do something different, to rebel just once more before my vinyl Clash LPs are too brittle to play – to punch him in his supercilious little face and walk away.

‘Not doing too well in the league tables.’ He snipes as we walk across the hotel car park. He’s as predictable as sunrise. Yet it still irks when he brags about his office figures. I should repeat the mantra that he has a better town to work in, more employment and a superior housing stock – not to mention fewer competitors with the planning rules restricting A2 use and other agents opening. But I’d be casting on barren ground.

‘This looks like a real treat.’ I say sarcastically, waving the agenda for our management meeting as we approach the revolving doors and I ponder the likelihood of an industrial accident involving a pompous dwarf crushed between spinning glass – with just a slight trip.

‘I’m only here for the cooked breakfast.’ Chortles H, before pausing and signalling his next line. ‘Oh and the performance award cup.’
‘Looks like it came from one of those cheap engraving shops.’ I mock half-heartedly. I covet the shitty little plastic and tin trinket, despite every fibre of my being screaming it’s as hollow as the metal it’s made from.

‘Ah, but it’s symbolic,’ continues H as he navigates the twirling entrance successfully, despite his clunky shoe lifts. ‘You’d love to have your office name engraved on there come the end of the year.’ I’d rather have the cheap champagne as it happens, at least that’s what I tell myself.

We pause at reception and ask the sullen-looking eastern European girl where our breakfast meeting is being held this time. If they hate it so much why not stay in Sofia? She grunts something guttural and points a long painted fingernail to a peg- board with our company name miss-spelt, and the location alongside.

‘I could murder a full English.’ Says H as we clamber up the stairs. I could just murder, I ponder gloomily as I think of the next two hours and churlishly take two steps at a time. I achieve an appropriately small victory by making the landing as a winner. It’s all downhill from there.

‘And now I’d like to hand over to our Human Resources Director.’ Announces my bean counter boss, as I feel the bacon sandwich starting to repeat uncomfortably. This woman is everything that’s wrong about industry, I think angrily, as I wonder how much business I’ve lost while looking at another childish PowerPoint presentation and a set of stats I already know better than my wife

Rumour has it the HR leader is a lesbian. But then salespeople can be malicious – and inventive on quiet days. Whatever she does in her spare time is irrelevant, it’s how she impacts on people striving to make a profit and stay employed that hurts. I’m all for industrial conditions improving as I’m as keen as the next man not to lose a limb to a scythe machine or an unguarded lathe, but I’d rather not waste any more time on money laundering regulations, sexual equality retraining and correct postural position at the work station.

‘She hates men.’ Posits H as we make it back to our cars, arms laden with more handouts for the bin.
‘They don’t generate any income, just paperwork.’ I say.
‘She should work in your office then.’

Email ThisBlogThis!Share to TwitterShare to FacebookShare to Pinterest
Labels: The Clash A2 use dwarf Sofia English breakfast PowerPoint HR

I totally sympathise with you. Pointless long meetings with boring bean counters and HR people. What do they do all day? O yes, create Powerpoint presentations so they can bore everyone to death.

Try playing `Bullshit Bingo' in the next meeting you have. It's a great way to pass the time.