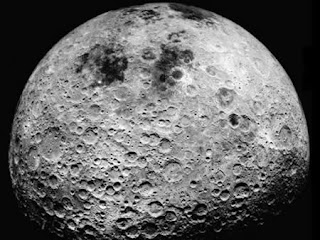 ‘So what happened to this woman?’ Asks trainee F vapidly, as we park outside a dilapidated semi.
‘Old age.’ I tell the cretin curtly, waving the keys. ‘That tends to be how we get deceased estate sales.’

Of course it’s not strictly true. There was the car crash victim, the Gulf War guy and of course the man who hung himself from the loft hatch after his wife left him. I have more ghosts than I care to remember.

‘Looks a bit creepy.’ Quavers F, as we weave through an overgrown front garden to a weathered front door.
‘It’s the live one’s you need to worry about.’ I tell him gruffly as I jiggle the over-sized tarnished key in a solitary mortice lock then feel the door stick on something heavy.

‘What the f**k is that?’ Asks F anxiously, as I heave on the inert mass blocking our access.
‘Don’t panic,’ I tell him as I shove harder. ‘The woman came out horizontally a few weeks ago. The only dead things here are trees.’ And I ease through the door and stoop to collect the mountain of free papers, sheathes of junk mail and few personally addressed pieces of post, where nobody has notified the sender of death.

Depressingly there’s a post card from a similarly elderly person, judging by the cultured yet spindly handwriting. Voyeuristically I find myself reading the inane report from a northern seaside excursion and the, now impossible, expectation of a get together next Christmas with the extended family. They’re the one’s looking for a quick sale as soon as probate is granted - and a Caribbean holiday.

‘It smells in here.’ Announces F, as I fleetingly wish I’d brought negotiator S with me - only to realise proximity to my buxom employee in an empty house could be uncomfortable for both of us. Particularly as the bed doesn’t seem to have been made up since the ambulance men arrived. I know estate agents have a bad reputation but even I draw the line at trying to shag a staff member in a grubby flannelette-sheeted hollow with pictures of the grandchildren watching from the cabinet.

‘This place is like a museum or something.’ Posits F as he holds the end of my tape measure against a garishly 1970s style wallpaper. One I remember when it was fashionable. The lounge has that musty aroma homes get after only a week or two away on holiday. Factor in a couple of decades of retirement waiting for visitors - other than The Reaper - and the stench becomes overpowering.

‘Look at this thing.’ Calls F excitedly, lifting the lid on an age-darkened piece of wooden technology. He peers in to the hinged opening with that look of simian bemusement and sees a record deck. With a start I realise he’s examining an old radiogram. One that’s identical to a friend’s parents’ early adopter Sony, the machine I first heard Pink Floyd’s Dark Side Of The moon on. Suddenly I feel really old.

‘Wow did people actually listen to these?’ Asks F incredulously, the bulky music player as alien to the iPod generation as a wind-up gramophone was to mine.
‘You’d be surprised how time catches up with you.’ I tell him ruefully, sounding similar to a well-known Floyd tune, and probably not unlike the late occupant of the house we are in.

‘Everything creeks.’ Says F innocently, as I straighten my back from bending to the skirting board with my tape and scowl his way.
‘The floorboards.’ He adds hurriedly, as he catches my fleeting misunderstanding.

The house is no different to a hundred other deceased vendors’ homes I’ve dealt with. Only the bathroom suite colour and the electrical equipment differ in the final analysis.

‘Do you believe in ghosts?’ Questions F, as we return to the cobwebby hall and I notice peevishly that another agent has already dropped a touting flyer through the door.
‘Not necessarily ghosts.’ I tell him with unexpected clarity. ‘More like echoes in time, sort of reminders of what’s gone before.’
‘Hmm.’ Offers F nervously.
He hasn’t a clue what I’m talking about.

Pink Floyd - takes you back. Anyway, as I know you have a thing about cows....

Thanks Hotairmail. We said goodbye before we said hello....'udderly' brilliant.
S.A.