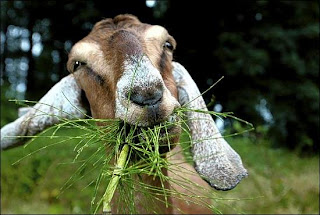 I arrive at a row of late Victorian terraced houses in a road I know like the back of my hand. I’ve prepared comparable sales of similar properties to help underpin my proposed asking price. I’m expecting to trim that figure up or down depending on décor, quality and age of kitchen and bathroom fittings and the addition of any extra accommodation, be it rear addition, loft extension, or heaven forbid another subterranean cellar room.

If God wanted us to live in dark, soulless, damp dwellings he’d have left us in caves, or asked the local authority - those in Cornish, Wates and Woolaway look away now - to build a few million more pre-cast reinforced concrete coffins that nobody will lend on.

Agents Note: If a property is cheap there’s usually a reason - or somebody taking a backhander.

It was too early to tell if the owner had excavated towards Sydney in their desire for more floor space but even before I’d eased myself from the car I could see a more pressing problem. Eco-arses next door.

Now I’m all for saving the planet for my children. I’ve even started separating the household rubbish into plastics, papers and landfill bags, but seriously ugly solar panels brutally clamped to a 1901 cottage roofline, with all the subtlety of a mongrel bonking a bitch, isn’t going to help you sell your home. Particularly as the payback time for a saggy-amp trickle of power that might run your kettle in August, is about twenty-five years and counting.

‘ I suppose you’ve seen next-door’s monstrosity.’ Sighs the lady vendor when she opens the door. I nod, and before I’ve even checked for an upstairs bathroom, or a downstairs plunge pool – never trust those damp-proof company guarantees – she adds. ‘Will it affect my value?’

‘It might put some people off.’ I concede cautiously as she leads me towards the narrow kitchen at the back and I look over the fence to next-door’s garden.
‘And what about that?’ She continues, eyes sparkling with anger. Reluctantly I follow her out to the courtyard, then beyond to her slim-width strip of lawn and flower borders. The smell hits me just before the cockerel starts crowing.

‘Does that last long?’ I ask hesitantly, as the big-bollocked bird croaks lustily. ’From dusk ‘till dawn.’ Comes the weary answer, as I try to subtract a few thousand off my market value without using a calculator. ‘And did you smell the chicken shit?’ She asks unnecessarily.

Out of an unaccustomed sympathy I accept the tea and biscuits she’s prepared and we perch on kitchen stools, while the beastly bird perches just over the larch-lap and judging by the stench, stools as well.

‘Have you tried having a quiet word?’ I ask, raising my voice over another bout of crowing.
‘No point,’ says the dejected owner. ‘They’re a couple of weirdos. Think they’re keeping polar bears alive, when they’re just keeping the f***ing neighbourhood awake.’

The swear word, from this immaculately made-up lady, jolts like a cattle prod but I can see she’s at the end of her tether. As is the whiskery-faced goat I suddenly see behind her, craning over the boundary and nibbling on the shrubbery. Viewings here are going to be a challenge unless I pitch to the deaf and blind organic brigade.

‘You haven’t put anything in writing have you?’ I probe nervously as the woman unburdens herself by listing the, totally unsuitable for urban areas, menagerie the hobby farmers next door have assembled. Any neighbourly disputes are part of the standard solicitors per-contract enquiries nowadays and lying about it can land you in more crap than appears to be piling up over the fence.

I drive away empty-handed apart from some cheap – aptly named - free-range eggs, from the neighbour’s honesty box.

While I agree they are ugly, properly sited panels will prodoce a serious return on investment as the Government will pay you 42p for every kWh generated + your get 3p for every one sold back to the grid. If you have the cash a 9% per annum retunr over 25 years tax free is hard to argue against.

Never looked at solar panels as being a blight, only eco friendly, so interesting!! However have to do everything to help the environment. I think in some circumstances that look quite good.

We're installing solar panels in the New Year purely for the financial return. Even using expensive German panels ( not cheap Indian / Chinese ) we're getting over 10% pa - That's tax free and index linked to inflation over the next 25 years.

There is no other investment which is as low risk offering these returns. You're effectively purchasing a high yielding annuity as you are tying up your capital and as an investment is hard to argue against ....

Would agree though that they're not the most attractive on period properties etc.

Sorry to disappoint you, but you're unlikely to power even half a kettle at midday on midsummers day with a domestic install.

As for a risk-free investment, just how long do people think the government will continue subsidising paying you about 10x the going rate for electricity?

In January I start a job as a trainee at an estate agents. I stumbled across your blog when I started googling for an insight into what my new job might be like.

Three posts in and I'm already fed up of hearing you moan about your life and your job. If it's that terrible, get out. Grow a pair and leave.

But reading your endless, drab moaning comes a close second only to having to picture you (probably sweatily) licking your lips as you gawp over your employee "S". How about honouring your wife on here instead of using it as a quiet, seedy way to pore over some pretty young thing? Your wife (every wife) deserves better.

Thus far I've found only examples of how NOT to be an estate agent, my search for a good example continues.

Dear Dave,
As you progress through life you may realise that the majority of good, honest people that although they continue to strive and work hard are not always 100% happy with every single aspect of their daily lives. To discuss and express small and general grievances, and even some of the bigger challenges that life throws at us, with subtle humour, cool exasperation and artistic licence is an admirable ability and identifiable skill which to many of us, makes hilarious, laugh out loud, satisfying comedy. If you're not ready for it, don't read it.

Dave, always welcome constructive comment but I'm guessing you'll need a sense of humour to last in the industry as long as I have - if not a career in Human Resources beckons for you.
S.A.

Oh boy Dave, you _are_ in trouble if you're a prospective estate agent that possesses both a facility with language and a keen sense of morality... if I were you I'd lose both sharpish.

Well, not necessarily messy, but, people who enjoy BIG hobbies. Such as Aerial masts like sky scrapers in gardens, huge Greenhouses to accommodate their 20ft tall Tomato plants and dozens of banged out old cars rotting away on driveways.

The worst thing is, if it is effecting your chances of a sale... how do you approach the issue?

Ha ha Dave it's a long drop down from where you are to where you're going. If you had half a brain you'd get out while you have the possibility of devoting your life to something useful.

Personally I love this blog. Honesty and being an estate agent make for a fascinating combination. Keep it up SA. HOpe the book makes a million.

I hope that if/when you marry, that your marriage is long and happy - it happens surprisingly often.

But SA has got to the point where he doesn't want anyone mentioning marriage guidance. He obviously thinks that his relationship isn't worth saving, and has settled for living with someone because neither of them (yet) have a reason to leave. It's very sad, but a picture which too many of us will recognise from our own lives or that of our friends.

Try for charity, rather than the denunciation of sin as your guiding principle. You will get further, and be more at ease with your conscience if you ever sin (in word, deed or thought) yourself.