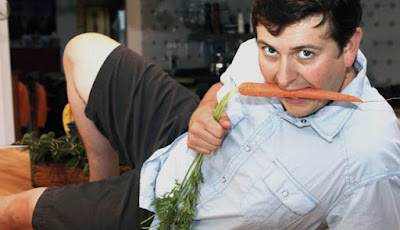 ‘The estate agent, right?’ Asks a familiar face, as I try to remain invisible on my trip to the sandwich shop.

I see a lot of people, as I’ve said before, but it’s the homes I remember not the names. This guy I know I’ve met, but I can’t for the life of me remember when. He doesn’t look like a professional, too scruffy, so i’m guessing I haven’t lunched with him on a lawyer’s firm’s tab.

‘You don’t remember me do you? ‘ He presses, making me feel even more awkward, but not as awkward as a mate who was posed the same question by a familiar-looking woman in a supermarket a few years ago. The empty silence he struggled through, was worse than this encounter, when the humiliated woman had to reming him they used to be married thirty years ago. That’s what you get if you trade in every decade.

‘I do.’ I lie at the man, now standing in front of me. I don’t. ‘Can you put it in context, only I see so many different faces each week.’
‘You sold my late-mother’s house.’ He says flatly, a hint of a tear welling up.
Now I’m not sure if the emotion is a reminder of his lost mum, or the price he had to accept on an inheritance that often disappoints, once the nursing fees have been reimbursed and the other siblings have taken their cut.

Thankfully it comes to me. ‘ The Avenue, right?’
‘That’s it.’ He says smiling. Still no idea of his name.
‘It was a beautiful old house.‘ I tell the man, genuinely. ‘Sort of garden you don’t get any more.’
‘They loved that garden, so did I.’ He says wistfully, as my stomach starts to rumble. This reminiscing is all very well, but unless he is buying or selling another property I’d rather he used a professional therapist to sort out his dead parent issues.

‘So what’s the market doing?’ Asks the man, with an expectant look. Great, free advice that he’ll ignore if it doesn’t tell him what he wants to hear.
‘Are you thinking of buying, or selling?’ I ask, because it makes a difference.
‘Oh neither really.’ He replies as I start to wonder if all the best sandwiches in the meal deal will be gone by the time I get there. I draw the line at the vegan, low-calorie, low taste options. I need something to have died to fill out the brown bread….

‘I’m just interested in what the market does.’ The man enlightens, as I start to go through an internal checklist of male names, I sometimes run, starting with Aaron and progressing through to Zackary.

‘I love watching those property programmes.’ He continues, as I stumble somewhere around Leonard and Liam. ‘And I’m forever on the internet looking at stuff I’ll never be able to have.’ You and me both fella, but I suspect not the same portals.

‘It is addictive.’ I agree, thinking - unless you are in the industry.
‘I know,’ he gushes. ‘I’d love to do your job, it must be fantastic going inside all those homes every day.’ Not if they have cats, I want to say, but I have a vague recollection that his late-mother’s home ponged of pets, either that or she’d been soiling the carpets.

‘So what do you have to do to get into the business?’ Presses the man, eagerly. Paul maybe, or Peter?
Not paid attention at school, I ache to say, but sooner or later you need to get over your lack of academic achievement.
‘You don’t have to pass any formal exams.’ I say, still unable to believe it myself. ‘ At least not in this country.’

‘That doesn’t seem right.’He says frowning. Tell me about it Samuel, or perhaps Stephen. ‘So I could become an estate agent then?’
‘If you wanted to.’ Though why springs to mind, particularly at this guy’s age. It’s a young person’s job. Someone yet to be scarred by life and its setbacks.

‘Food for thought. He says before nodding and wondering off, leaving me bemused.

Spelt bread, with avocado slices. Thanks a lot, William.

It's reminiscent of Austen. Who is the proud one and which one is Elizabeth? And who is Lydia Bennett? We know who is George Wickham.