The Price Is Wrong - Tuesday 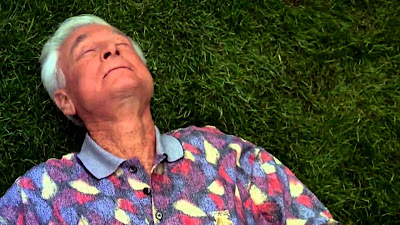 ‘The thing is, we can’t afford to reduce our price, it’s so much more expensive where we want to move to.’
‘I appreciate that.’ I say cautiously. You work hard enough to win instructions to sell from vendors, so you don’t want to lose them before you’ve earned a penny - unless you are an on-line outfit, who take the money up front and couldn’t care less afterwards…

‘We need every last pound, or we’ll never get something as nice as our house.’ Says the wife, waving her hand round the dated lounge, with a faded 1980s wall frieze that will eventually come back in fashion, if they wait long enough.

The intransigent woman has missed the irony of her comments. If it’s more expensive where they want to relocate to, you are not going to get the same property, for the same money. Are you?

‘What we’d really like to do.’  Begins the husband - please don’t say that either - ‘Is pick our house up and move it to Surrey.’
Too late. Idiot. I should tell them, but truth is one of the first casualties of war - and property sales.

‘I expect you hear the a lot.’ Says the wife, with an apologetic shrug. Every f***ing day, madam.
‘Oh not really,’ I lie. ‘It’s an understandable sentiment.’ It’s not.
‘So why exactly is our house not selling?’ Asks the husband, frowning.

Experience tells me to tread cautiously. Telling someone they might like to clear underwear off the radiators before viewings, or spray some air freshener around to mask the stench of their flea-bitten pets, or even wash-up the debris from last nights’ takeaway, isn’t always that well received. I’m wounded already, so another casualty in this war, I can do without. But they really need some straight-shooting.

‘You remember I recommended an asking price £15,000 less than we started with?’ I venture, by way of a probe at the enemies’ defences.
‘I remember you were £20,000 lower than two of the other agents we spoke to.’ Replies the wife, icily.
Reconnoitre over,  heavy entrenched resistance ahead.

In a spirit of gentle reconciliation, I list the data I have with me. The number of viewings so far, the adverts we’ve placed in the local press, the hits from the on-line property platforms. The feedback from the viewers.

‘Yes but we just haven’t found the right person yet.’ Says the wife, doggedly.
Someone who likes water-marked whisper grey bathroom suites, a tired limed-oak kitchen with burns on the working surfaces and carpets with more stains than a tramp’s trousers?

‘You are just not bringing the right type of buyer round.’ Suggests the husband, with a hint of annoyance. One who likes to pay over-the-odds for a home that if they stay another decade without updating, could be one of those museum-piece time-capsule exhibits?

‘We might have to consider using another agent.’ Suggests the wife, confirming my fears, but not saying that hated phrase.

Now I’m really worried. If they’ve checked our sole agency agreement, they’ll know they can give me two weeks notice and I don’t want another agent to come in and sell at the price it should have been all along.

Of course I could have refused to place their home on the market at this inflated figure, at the beginning. But I fought off several other competing agents, two of which, vastly overstated the value to try and grab the business and lock out the other agents. Old estate agency adage: If you haven’t got it, you can’t sell it.

I take a deep breath and tell them my suggested price reduction, sweetened with a fresh advertising push and some advertorial in the local free rag. I pause and pray.

‘You must be joking.’ Says the husband.

I’m not. But please don’t say it, anyway. The wife scowls at me. Here it comes.

‘We’re not giving it away, you know.’

And there it is.

If true, he's starting to feel the effects of the housing recession which started last year. This year we will KNOW if we are now in an ERA of rising rates... The recession would turn into a depression. #onverra

Now he's deleting comments about the ERA of rising interest rates that we're in. If any of this is true his industry will be finally toast.

He'll probably delete this one too.

How many years have you been saying the same thing Jonathan?
Like a stopped clock, you'll be right eventually.