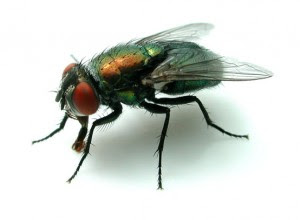 'I'm not sure how much longer I've got.' Says loose lettings lush B, looking at me mournfully.
I nearly side-swipe a badly parked, not-so-Smart car, as I look askance at her. God is it the big C, I think grimly, as I slow the company car and ponder what platitude I can give to a washed-up sexually desperate drunk, with something terminal?

‘Have they given you a time-span?’ I finally ask weakly, thinking I’m not equipped to deal with this, despite the human resources-led courses I’ve been on teaching empathy and awareness of others, particularly vulnerable women.

‘Who?’ Asks B frowning.
‘Err, the doctors.’ I say falteringly, as a mad mother shoves her baby in a pushchair out in to the road as a way of getting a crossing. I wave the woman and child across and start to realise I’ve made another faux-pas.

‘Why would I talk to a doctor about it?’ Says B. ‘Unless it’s to ask for more anti-depressants.’
‘When you said not much longer….’ I falter.
‘F**k no.’ Laughs B. ‘I’m not dying.’ She pauses. ‘Well maybe a little inside. I meant this bloody job. How much longer can I cope with lying scumbags and low-lifes who trash properties and get aggressive with me then expect to be re-housed by the council once they’ve wrecked one of my landlords’ homes and been evicted with eight months rent arrears?’

‘That’s a relief I thought it was something serious.’ I tell B.
‘It is serious.’ She snaps.
‘True, but we all come to hate the public in the end, it’s the few decent and honest ones we deal with that make it worth while.’
‘When do I get to meet them?’ She asks, voice wobbling.
‘Socially or professionally?’
‘Piss off.’

B has a point. You don’t often see people at their best when it comes to property transactions. Greed anger, frustration - to name but three in a toxic cocktail of emotions - come together to make the whole process fraught and confrontational.  The fact that I’m accompanying B to re-enter a trashed flat one of her clients has just gained back from two junkies, with two young children who are rumoured to now be in care, probably isn’t helping her mood.

‘Seriously though,’ continues B, leaning across, her over-short skirt riding up discomfortingly ‘I’m thinking of jacking it all in.’
The one night stands, the drinking too heavily, the quiet desperation of an internal clock ticking, whether it’s for a baby or a better job?

‘We all have days like that?’ I tell her blandly, starting to get uncomfortable with her proximity and emotional state. After much re-education from head office, the male/female relationship at work has become so potentially dangerous that I’m scared to say anything any longer for fear of offence, real or imagined. I’m just waiting for the trans-gender awareness course to drop, then I’ll have the full set.

‘Shit.’ I say recoiling back as the door opens to a pile of junk-mail, final demands and an aroma of something rotting. ‘Watch out for needles.’
‘See what I mean.’ Says B, awkwardly close behind me. She’d been too frightened to come to the flat alone and now I’m wishing I’d brought a chaperone too. If someone is going to get physically abused it’s going to be me, whether or not the tenants have broken back in and are about to try and f**k me up.

‘Its the fridge.’ I say gagging slightly as we look at the trashed kitchen, what looks like dried blood on the walls, half-eaten takeaway trays covering the surfaces and bags of broken bin-liners strewn around the cloyingly-sticky floor. ‘It’s always the fridge.’
‘How can these animals live like this?’ Asks B, suppressing a sob. ‘This is going to cost thousands to clean up, not to mention the lost rent my landlord has suffered. And we’ll be paying to keep these deadbeats in a bed and breakfast.’

‘Power is off.’ I say unnecessarily, as we edge toward the fridge and the all-pervading stench. If it’s blow-flies again I’m going to gag.

Thank god for the extra strong mints in my glove box.
Posted by secret agent at 6:14 AM